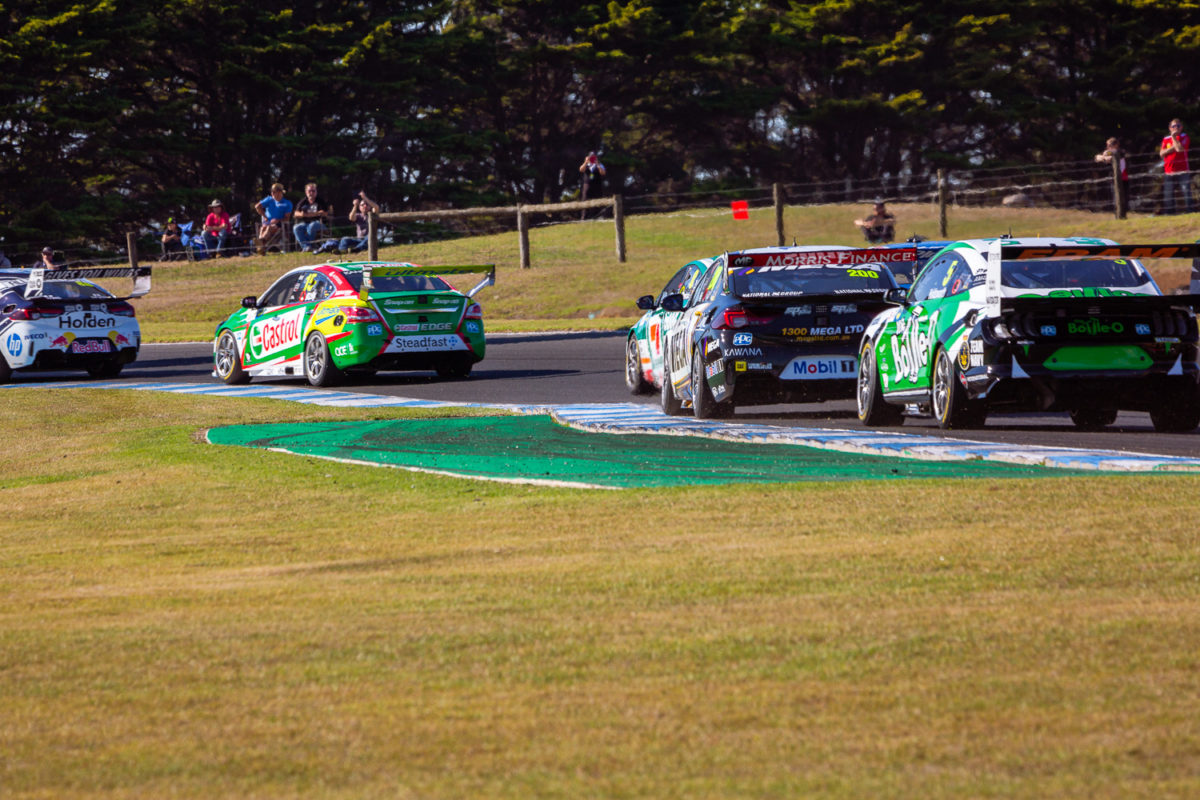 The Supercars Championship at Phillip Island in 2019

Teams will have exclusively brand-new tyres at the commencement of Bunnings Trade Phillip Island SuperSprint, Supercars has announced.

The decision is one of a number of updates to tyre regulations which the championship has confirmed via its official website, following the reshaping of the back half of the calendar.

The newly added Phillip Island event inherits the tyre allocation which was prescribed for the now cancelled Pukekohe weekend, given both of those circuits necessitate the Hard compound due to their long, high-load corners.

Just as was to be the case for the trip across the ditch, for which quarantine legislation prohibits the dispatch of pre-marked tyres, each car will be allocated eight sets of new hoops.

As is standard for a SuperSprint event, a number of tyres will have to be handed back, three sets in this instance, such that each driver has five sets to get through three races and the corresponding qualifying sessions.

Winton, where the Repco Supercars Championship is set to resume on October 2-3, retains the new-for-2021 Super Soft compound which debuted at Darwin’s Hidden Valley in June.

However, consistent with an earlier rule which ensured the Queensland-based teams would compete on a level playing field with their southern counterparts at the Super Soft events, testing on that compound is prohibited until after the Winton SuperSprint.

The Hard compound will also be used at the Repco Bathurst 1000, and it will be the Soft at the Beaurepaires Sydney SuperNight and Boost Mobile Gold Coast 500 as originally planned.