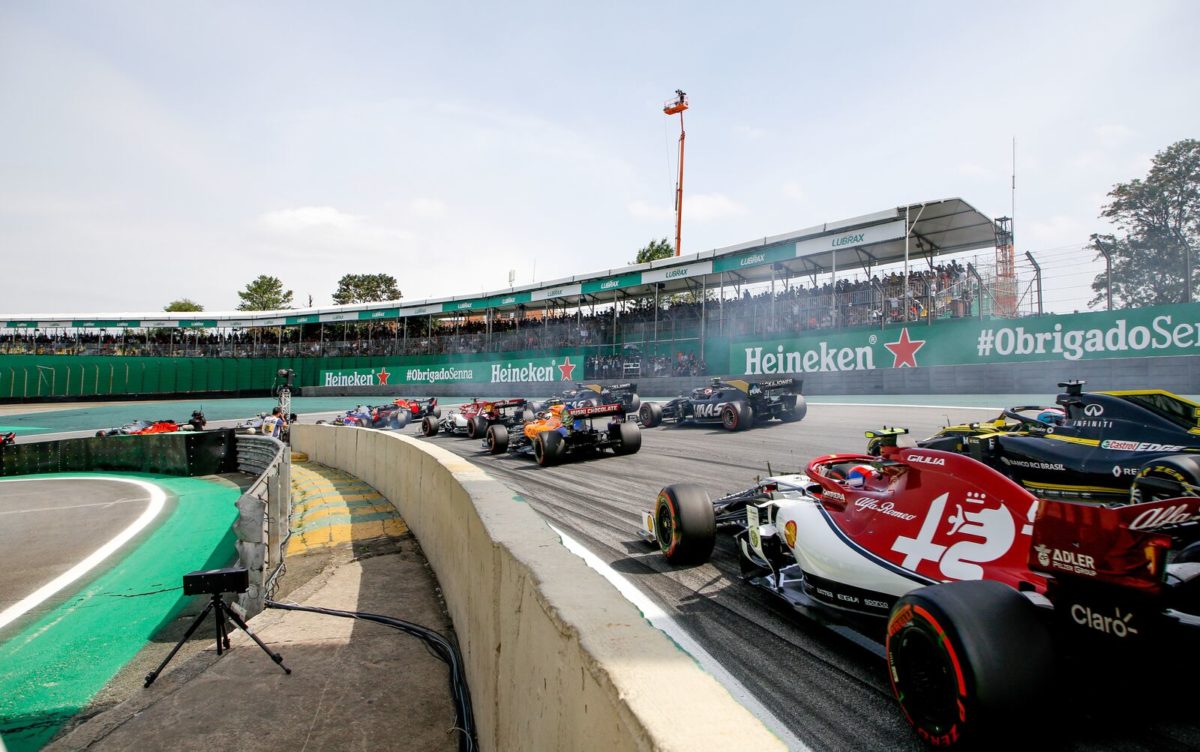 Organisers want to delay the Sao Paulo GP by a week

Organisers in Brazil are hoping to change the date for this year’s Sao Paulo Grand Prix.

Currently scheduled to take place on November 7, officials locally are hoping to push it back a week to November 14.

That would see it coincide with Republic Day on the Monday after the race.

“If this request is accepted, for us, the inflow of revenue in the city and in the state increases a lot,” said Joao Doria, Sao Paulo Governor.

“We may have an expansion of 25 percent in the Formula 1 revenue in Sao Paulo.”

Doria added that planning was in place for a capacity crowd, provided they wear face masks.

The Sao Paulo Grand Prix, rebranded from the Brazilian Grand Prix for this year following a new five-year contract with Formula 1, is currently the final leg in a triple-header that starts in the United States before visiting Mexico.

The postponed Australian Grand Prix was set to follow the Interlagos event on November 21 before it was formally cancelled in July.

No replacement has yet been announced though it’s believed there are plans to take F1 to the Losail Circuit in Qatar.

There have also been suggestions Dubai could host its first grand prix as the back end of the calendar remains unsettled.

Formula 1 is currently on its summer break, returning for the Belgian Grand Prix next weekend.

That triggers a busy period in Europe with the Dutch and Italian Grands Prix to follow in consecutive weekends.

The sport then has a week off before Sochi hosts the Russian Grand Prix for the penultimate time in late September.

It’s then Istanbul Park’s turn, followed by Japan, however concerns remain over the latter event while Turkey is on the United Kingdom’s red list of countries.

UK residents who visit red listed countries must quarantine at a managed hotel for 10 days upon their return.

After Japan comes the Americas triple-header, with question marks hanging over the Mexico City Grand Prix in particular.

For a time, the CoTA website advertised the prospect of a Texas Grand Prix, though that has since disappeared.

The Sao Paulo Grand Prix was originally scheduled for November 14 before being moved forward a week to accommodate for the Australian Grand Prix shifting from March to November.

Reverting it to its original date therefore makes sense locally however, with Mexico and Brazil both on the UK red list, it creates a difficult logistical situation for teams and is therefore unlikely to occur unless the Mexico City Grand Prix falls by the wayside.