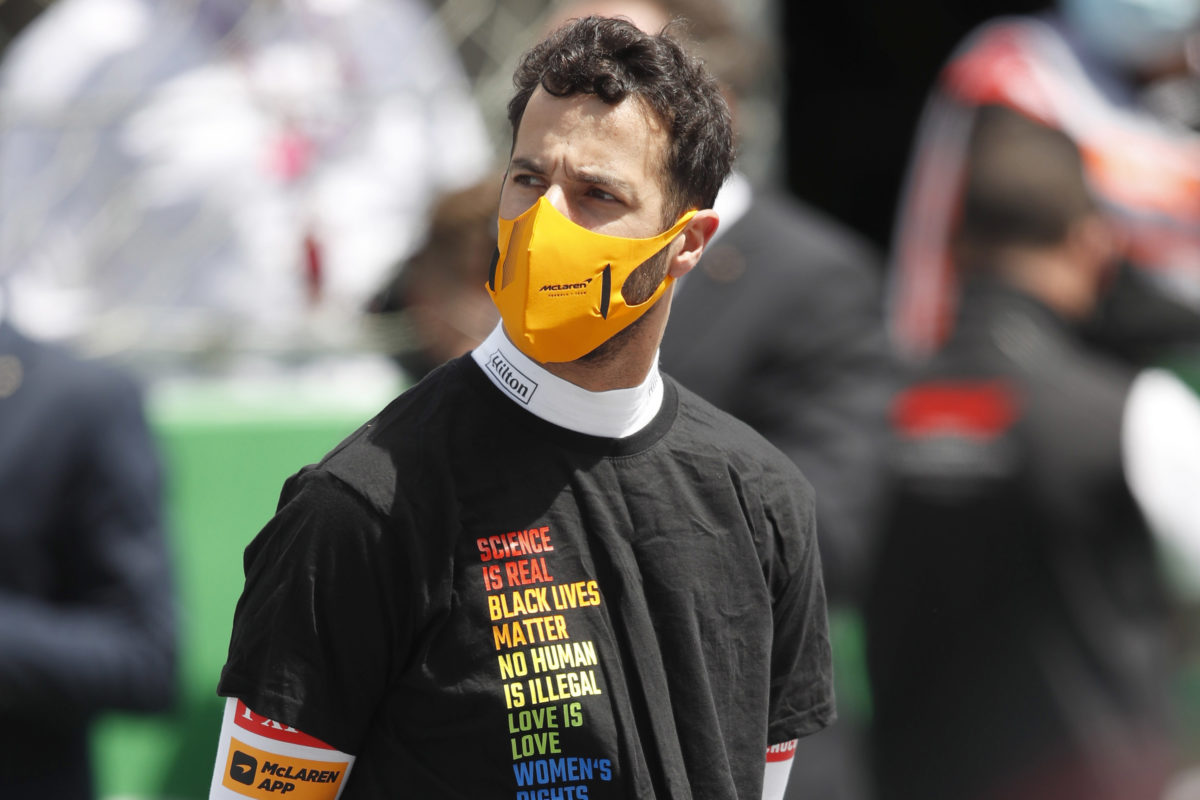 Daniel Ricciardo believes those involved in Formula 1, and the sport as an organisation, must work towards making things better for the next generation.

The Australian has taken a public stand alongside many of his peers, most notably Lewis Hamilton, on a number of topics currently facing the sport.

While the Black Lives Matter cause has been especially prevalent, diversity, equality, and inclusion have also been key themes in the sport’s social messaging over the past 12 months.

“I think last year was, let’s say, entering a little bit of a new topic, and entering a new area for a lot of us,” Ricciardo told select media, including Speedcafe.com.

“Even for me to learn a little bit about some issues in the world, and then to educate myself to then speak up, and speak up with confidence, I think it was really good.

“Looking back now, what we did as drivers, as Formula 1, to raise the issues but also speak about it, and acknowledge that, yeah, there are some problems…

“Maybe we can’t fix the world, but we can try to encourage some change and try to influence some change.”

Formula 1 has integrated its social messaging into the pre-race build up, with drivers given a platform to express themselves and support causes important to them.

That has seen Ricciardo elect to take a knee in solidarity with Hamilton, and saw Sebastian Vettel wear a t-shirt (and face mask) supporting the LGBT+ community in Hungary.

Elsewhere, Mercedes has introduced a new programme in which it aims to hire a percentage of its workforce from underrepresented segments of the community.

“I think now that we’ve raised a lot of these points, I do think that we as sports people, F1 as an organisation, has to be in some form responsible,” Ricciardo reasoned.

“It needs to show its willing to make changes for the better and to give the next generation of kids a chance, [an] equal chance.

“Whether it’s to be a Formula 1 driver or just to work in Formula 1, [the sport should] provide some opportunities for maybe less privileged people in the world.

“[Formula 1 needs] to have a bit more of an open mind about how we can go about the way we do things.”