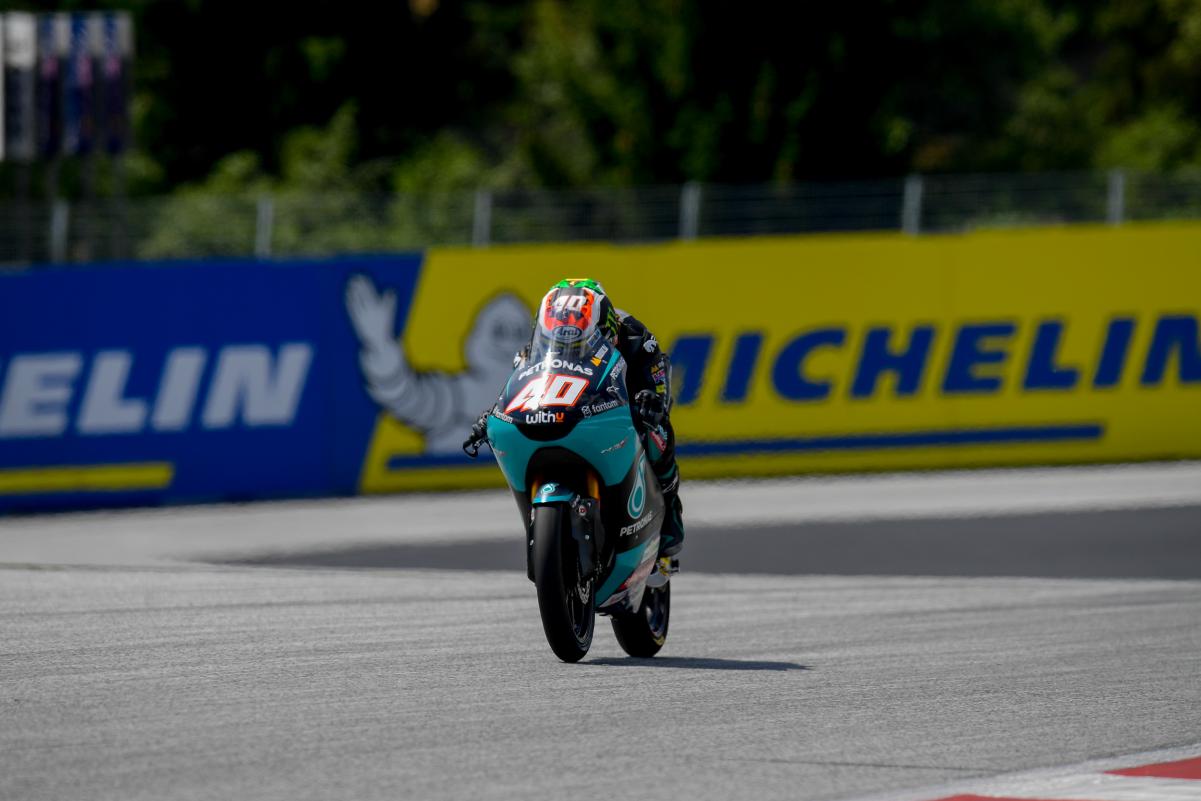 Jack Miller believes Darryn Binder has the “balls” to repeat his jump from Moto3 to MotoGP.

Binder is reportedly in the frame to be promoted straight to the premier class next year by what is currently known as the Sepang Racing Team (SRT), as part of a wide-reaching shake-up of that operation.

The leap would match that made by Miller in 2015, having signed with Honda to race in MotoGP while still vying for the Moto3 title which ultimately went to Alex Marquez.

The Queenslander is therefore well-placed to comment on Binder’s potential step, and says the South African should take the offer while it is there.

“No, not a fan; don’t want anyone stealing my thunder… Only joking,” laughed Miller.

“Sure, someone like Darryn Binder, if he’s got the opportunity, why not?

“As I’ve said multiple times, if you’ve got the [MotoGP] opportunity, if it comes knocking, you can’t turn it away.

“Because, that train only comes once or twice, some people don’t even get it. If you do have the chance, you’ve got to take it.”

There are nevertheless differences between the Miller situation and that which Binder now finds himself in.

The former was snapped up by the leading manufacturer at the time whereas the latter appears to be an easy solution to one of several problems facing a team in crisis.

SRT was already going to have a hard time filling the two MotoGP seats which will be vacated due to the retirement of Valentino Rossi and Franco Morbidelli’s likely call-up to the factory team to replace Maverick Viñales.

Losing its Petronas title sponsorship at season’s end will only make attracting riders of the calibre of Morbidelli, when few seemed to be available anyway, even harder.

It will also lead to the axing of SRT’s Moto2 and Moto3 programmes, while a management buyout of the Sepang International Circuit-owned team is also on the cards, developments which were affirmed by the track’s boss, Azhan Shafriman Hanif.

Reportedly, it will also likely regress from a factory-spec Yamaha for Rossi and an ‘A-Spec’ 2019 model YZR-M1 for Morbidelli to ‘B-spec’ bikes for both of its riders.

However, there is another sporting consideration which has Miller thinking that Binder would have an easier task than he did.

‘Jackass’ made his debut in a time when MotoGP was class-based, and initially raced on an ‘Open’ class Honda, whereas no such demarcation exists any more.

“It’s completely different to what I did, because when I stepped up, I stepped onto the Open class Honda and had to build my way up like that,” recalled Miller.

“Whereas, nowadays you can come in and, to be honest, you’re getting on a pretty decent machine straight up, which is half the battle.

“So, I think all power to him if it’s going to happen. As I said, someone’s stealing my thunder, but at least it’ll take the pressure off me.”

Round 12 of the season, the British Grand Prix, takes place at Silverstone on August 27-29.