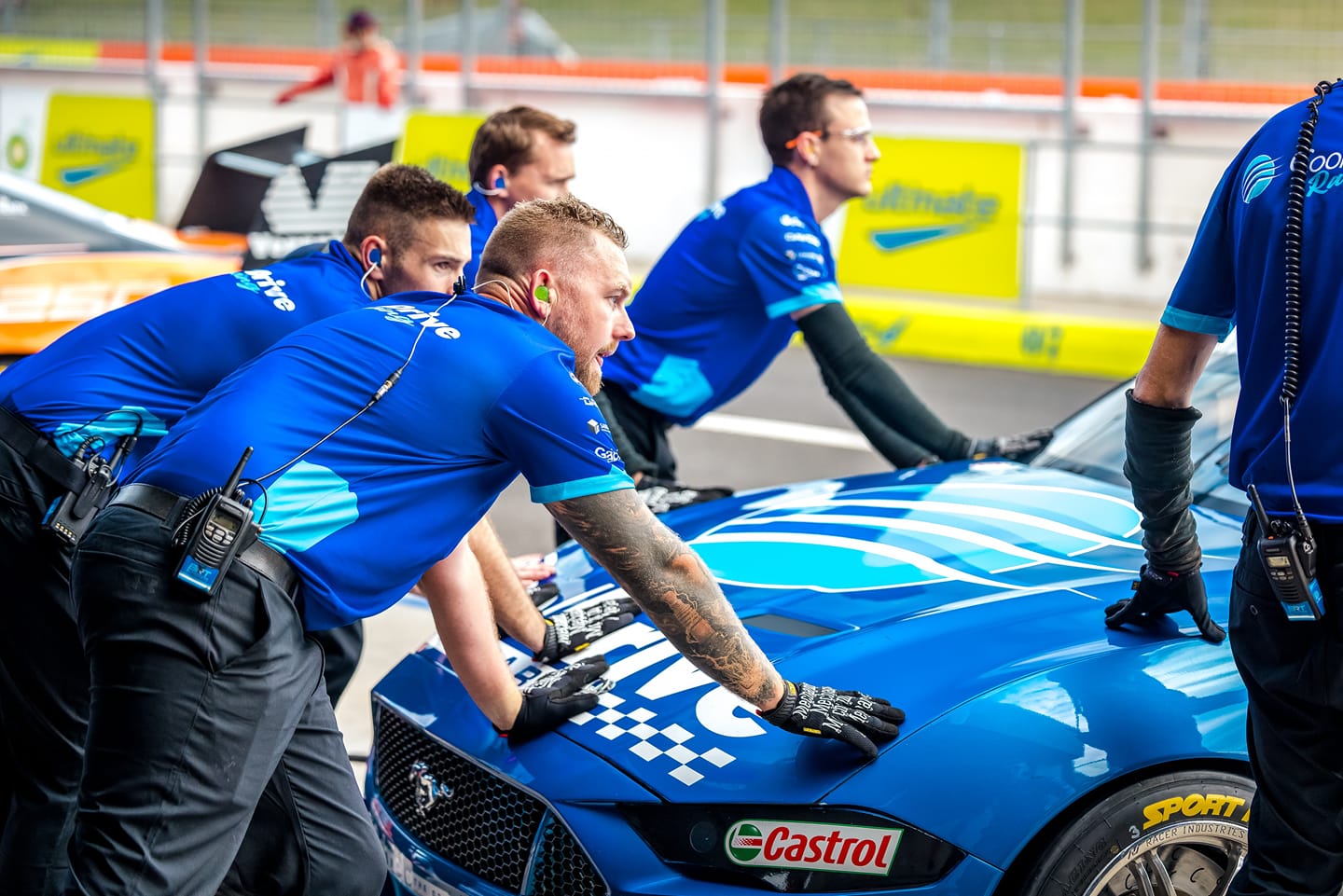 CoolDrive Racing team manager Brendan Hogan has praised his small crew’s efforts in the midst of a turbulent time for Supercars.

The one-car team is in the throes of its first full season as a solo operation having gone out on its own at the start of this year.

Based out of the CoolDrive Auto Parts headquarters in Box Hill, Melbourne, the Blanchard Racing Team has established a group of experienced heads and newcomers.

Hogan is among the seasoned campaigners, having joined from Tickford Racing where he worked as a race engineer.

Mirko De Rosa came to the Blanchard Racing Team as lead race engineer while Jayden Marciano is data engineer, both of whom joined from Erebus Motorsport.

The team recently brought on a new number one mechanic Craig Russell, formerly of Matt White Motorsport, although he hasn’t been part of the recent “COVID tours” which put the team on the road prior to the Darwin Triple Crown.

For Hogan, he’s been impressed by his cohort’s willingness to get on with the job despite calendar uncertainty and long spells away from home.

“There’s been a lot of anger from teams who did the COVID tour last year, but all my guys haven’t had one complaint,” Hogan told Speedcafe.com.

“They’re just happy to get up and go, move away from home for another two or three weeks without a problem.

“They’re real racers and they want to come to the track and do well. That’s the culture we’re building within the team.

“We’re not satisfied with only getting top 10s. We’re really pushing hard to get podiums and wins before the year is done. That’s the culture that we’re just trying to breed.” Despite its infancy, the Blanchard Racing Team came bursting out of the blocks at the season-opening Mount Panorama 500 where driver Tim Slade qualified the #3 Ford Mustang on the front row.

As has been well documented, Slade went on to crash heavily in the outfit’s first race. That subsequently saw a switch to the spare car, which the team has campaigned ever since.

Ironically, it was that crash at Mount Panorama that Hogan said brought them together in a big way.

“The biggest thing for us that really made us come together and become stronger was the Bathurst shunt,” Hogan explained.

“We moved into the workshop for three weeks straight to get this car [the spare chassis] turned around, the old girl, because it wasn’t anywhere near the preparation that it needed to be to go to the track.

“We could have just taken the easy route then and just ran that car. We’re actually on our third chassis build of the year because we’re putting the Bathurst crash car back together.

“We re-built the original car, crashed it, built the second car, and now we’re onto fixing the Bathurst car as well as going racing.

“It’s mainly making sure that everyone is on the same page. We’re all pushing in the same direction. I think the Bathurst crash was something that really galvanised us as a team.”

That strong showing in qualifying at Mount Panorama hasn’t yet been repeated, though there have been glimmers of speed.

Even though the team is the sole one-car outfit in the pit lane, Hogan sees no reason why Slade couldn’t bring up a podium or win by the close of 2021.

“The momentum is building for us, but at the same time, we’re not satisfied with the results we’ve been getting,” said Hogan.

“We’ve got a pretty high bar set for ourselves and I think the moment that you start being happy with coming 10th is probably the time you should walk away from the sport.

“That’s the culture we’re building in the team. We just want guys who are turning up to win the races and do the best that we can.

“I think we’re definitely showing that we’re more than capable, we’ve just got to do more homework and get a little bit more speed out of the car.

“We’re definitely at the right end of the field at the moment.”

Slade occupies 17th in the Repco Supercars Championship with a season-best finish of fourth in Race 17 at the Townsville SuperSprint.