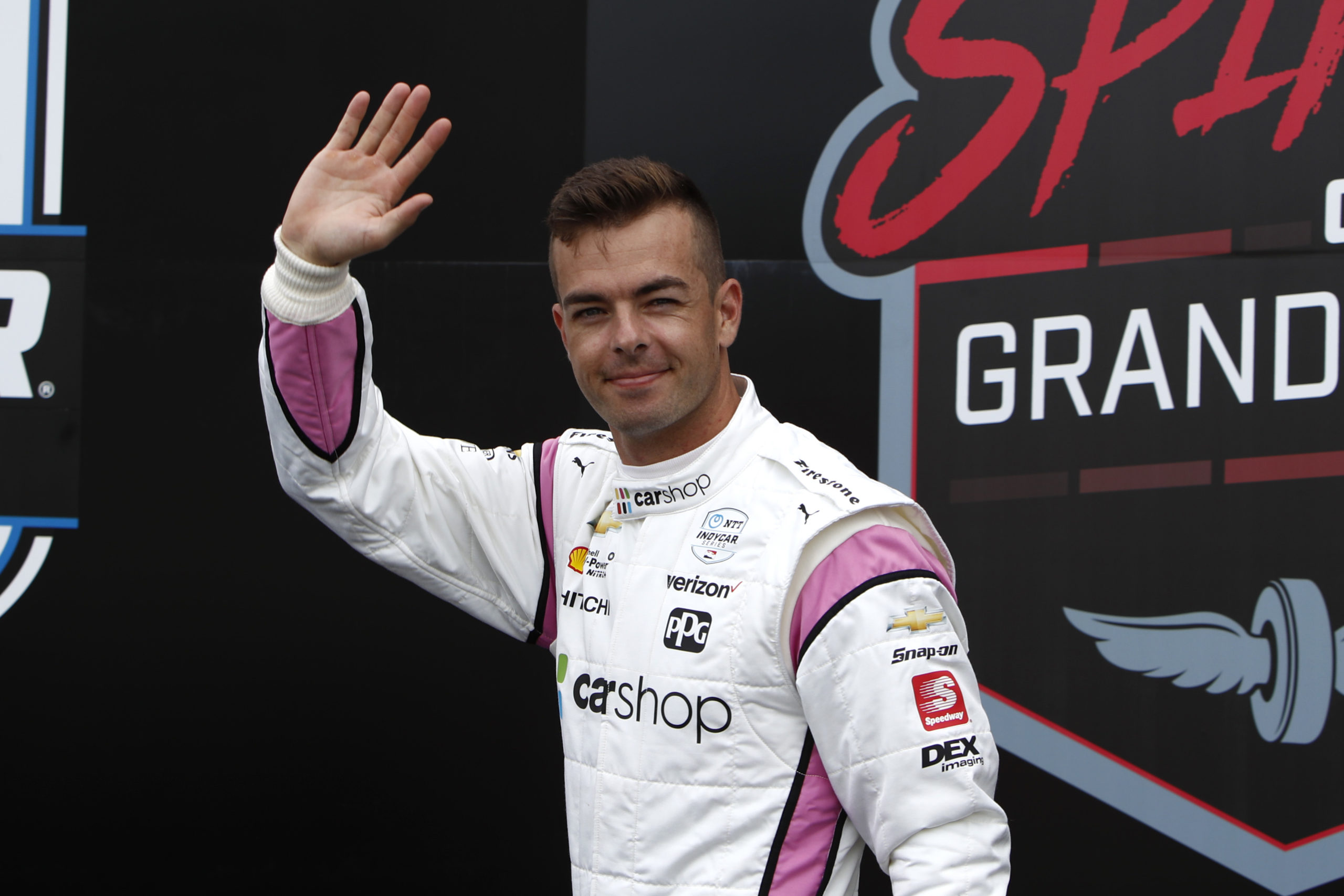 The pair have both been podium finishers in their first respective maiden IndyCar Series campaigns.

McLaughlin got the first scalp, claiming second in his oval racing debut at Texas Motor Speedway.

A fortnight later, Grosjean was a second place finisher at the road course-configured Indianapolis Motor Speedway from pole position.

In both instances, the drivers claimed podium finishes in only their third competitive appearance of the year.

After a strong start to the season which saw McLaughlin inside the top 10 in the points, he’s since fallen back to 13th equal with Jack Harvey of Meyer Shank Racing.

Grosjean opted to miss the oval events at Texas Motor Speedway and Indianapolis Motor Speedway, ceding points, but has recovered ground with a series of strong recent results including a second podium at the Big Machine Spiked Coolers Grand Prix last weekend.

Nevertheless, the Frenchman said the Kiwi is deserving of the title if he does indeed pull off the feat.

“When you miss four races it’s not easy to fight for a championship,” said the 35-year-old who holds 15th in the standings.

“But definitely it’s cool to be back in the game. [In] saying that, Scott is really strong on ovals, so he may be strong [this weekend] and score some good points.

“I think generally I’ve been impressed with Scott this season, coming from V8 Supercars, jumping in IndyCar, sitting in the seat and doing what he’s done, it’s been very impressive.

“So yeah, it’s cool to be catching back up. I think we could have more points if it wasn’t for Nashville and Detroit where we didn’t get very lucky.

“We just go racing, we have fun and we do the best we can. I think for the team it’s important to stay in the lead, leading second, and if I can get Rookie of the Year it would be nice, but if he has it, he would deserve it because he’s probably having a better rookie season than I am.” 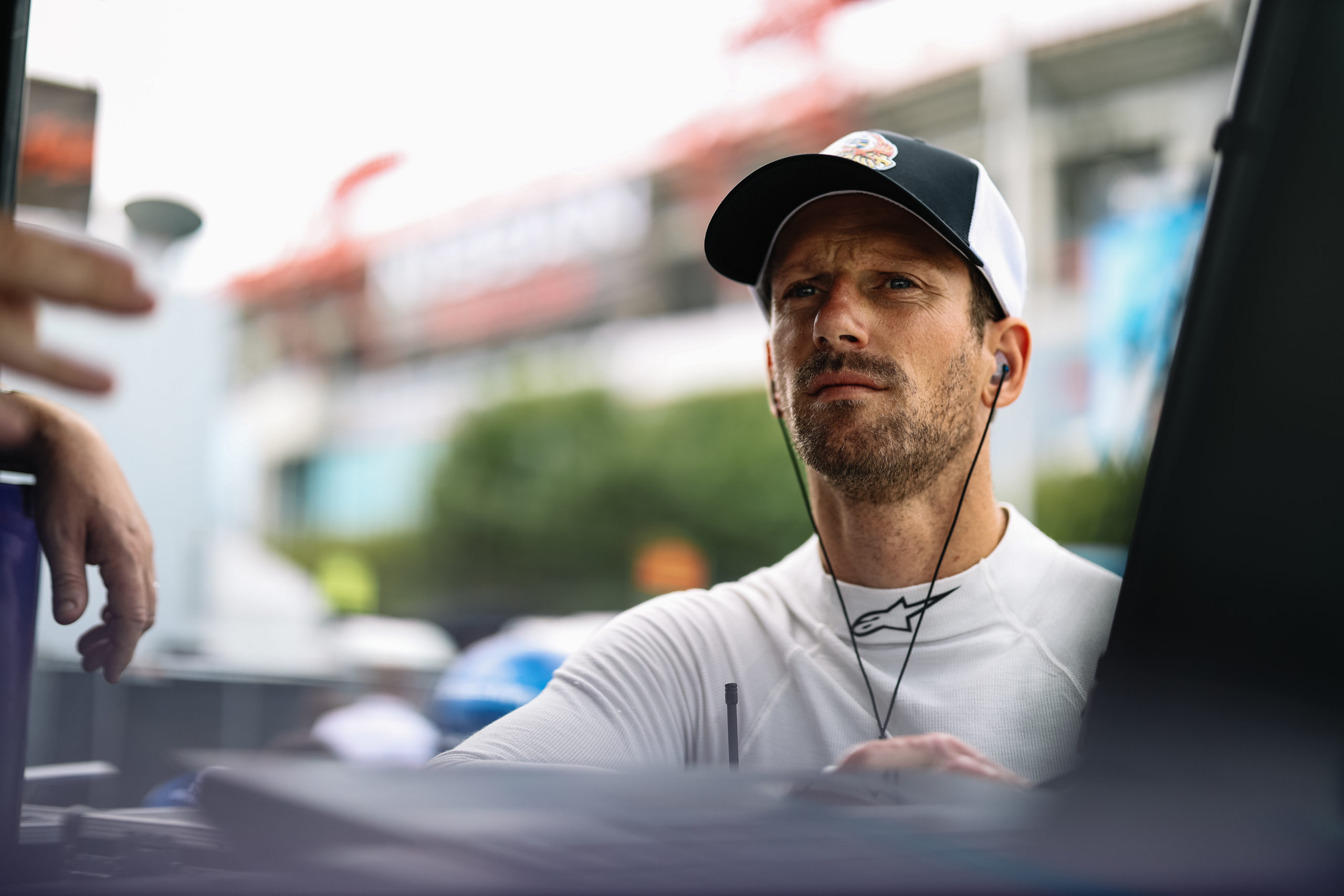 Grosjean is closing in on McLaughlin in the ROTY title chase. Picture: Joe Skibinski

This weekend Grosjean will make his competitive oval debut at Gateway Motorsports Park.

From there, it’s a straight run home to the finish with Grosjean set to contest the following three rounds barring extenuating circumstances.

For the 10-time Formula 1 grand prix podium finisher, racing on an oval is much like a street circuit.

“I’m excited and also I think you need to respect ovals like street courses,” he explained.

“There is not much room for mistakes, and that’s something you need to keep in mind rather than just trying to go balls out straight away.”

“Obviously I did a test day end of July, and there was so much to learn. It’s so different from every type of racing I’ve done before.

“So next week I’m a rookie, a proper rookie. I’ve been named a rookie all year long. I don’t feel like one. Next week I am one. I just want to gradually go for it, improve myself, learn about it.

“I think it’s just going to be a great experience. I want to see how it’s going. Everyone seems to be enjoying ovals there. I still prefer road courses, but I like braking late.

“But I’m looking forward to it and seeing what we can get out of it.”