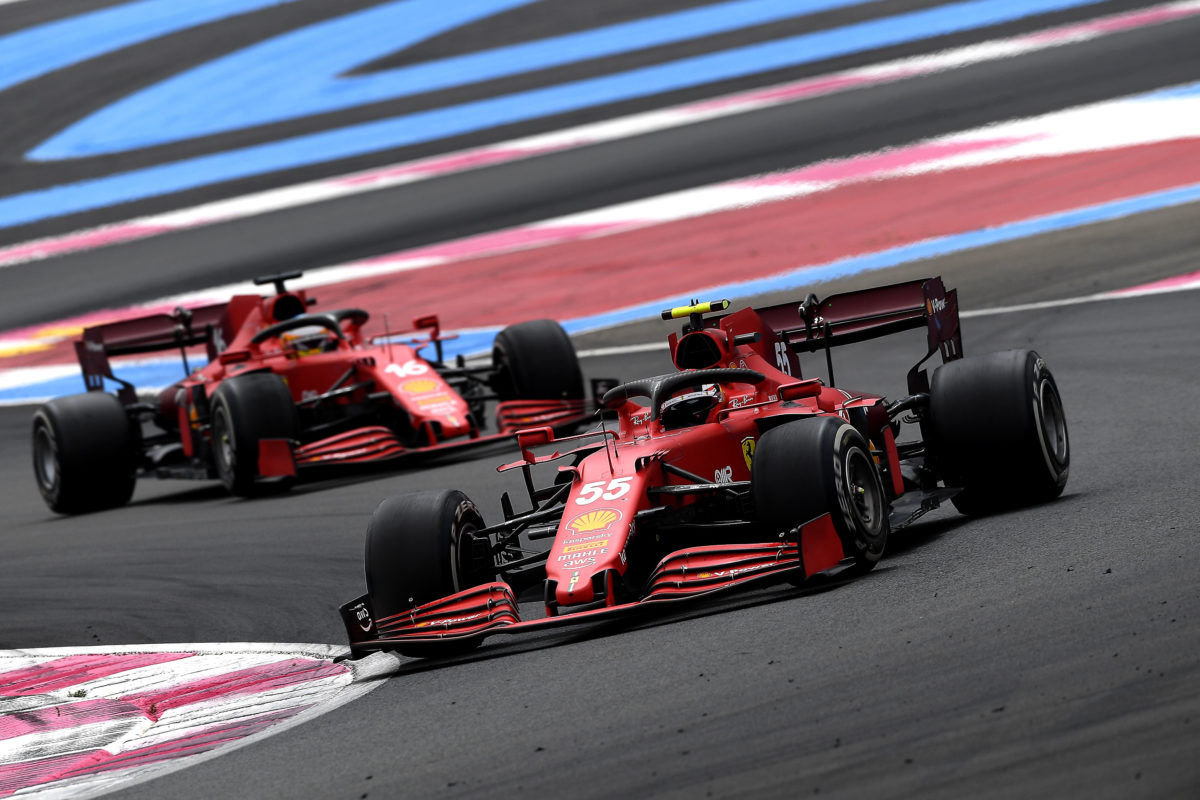 Ferrari’s dire performance during the Formula 1 French Grand Prix sparked an immediate response from the operation, according to Carlos Sainz.

Having displayed promising form in races during the opening stanza of the season, at Paul Ricard neither Sainz nor team-mate Charles Leclerc could crack the top 10.

The pair struggled desperately with tyre wear during the race, having shown promising speed during qualifying.

From fifth on the grid, Sainz fell to 11th at the flag, while Leclerc slumped to 16th, a lap behind race winner Max Verstappen.

However, since then the Scuderia has been rather more consistent, and in Silverstone surprised many with near racing-winning pace on a circuit which, on paper, should not have favoured the SF21.

“There’s been a lot of emphasis and focus put in this issue now,” Sainz said of the team’s tyre woes.

“The fall back of Paul Ricard was so dramatic in a way that we were all so surprised that we said, ‘okay, we need to change this, and we need to tackle this as aggressive and as soon as we can’.”

Off the back of the French Grand Prix, an intensive programme of work back at base appears to have netted rewards.

“We put together a few meetings, a few analysis, and it was two, nearly three days of intense work both in the simulator, in simulations, in understanding our car to see what was the issue in the car causing this huge problem,” Sainz explained.

Having joined Ferrari from McLaren, the experience left the 26-year-old impressed with the way his new team rallied around the single issue.

“The way that the team reacted to that was quite impressive in a way,” he said.

“To see such a big team, such a big boat, going to tackle in one direction, all pushing in the same way to this problem, and seeing how many theories, how many different projects came up to try and solve it was one of the most impressive feelings I’ve got as a racing driver.

“Drivers, honestly, we cannot do much more than having or giving precise feedback and precise detail of what we feel in the car, and how do we feel like the tyres are being affected by our driving, about the balance that we have, and the engineers take care of the rest.

After the opening 11 races of the year, Ferrari sits third in the constructors’ championship – tied on points with McLaren but ahead on countback.

Its worst result of the season remained the French Grand Prix, the only event all season it has failed to record a point.

Round 12 of the Formula 1 championship heads to Spa-Francorchamps for the Belgian Grand Prix on August 27-29.