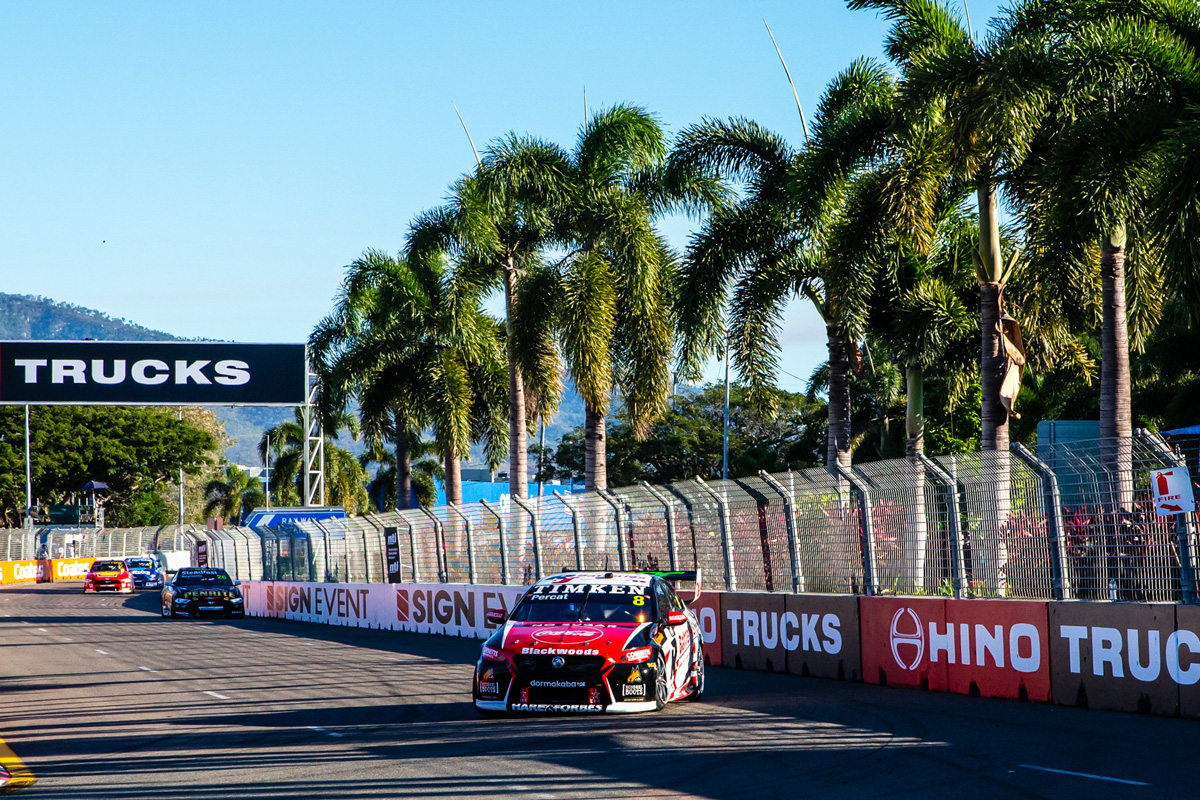 Nick Percat in action at Townsville

Nick Percat hopes his Brad Jones Racing team can take advantage of the seismic shift in regulations Gen3 will bring, much like it did when Car of the Future was introduced.

Having been a genuine midfield runner for the majority of its existence, BJR shot to the fore in 2013 when COTF machinery replaced Project Blueprint cars.

The Albury team has had one of its drivers finish top 10 in the championship every season since – bar 2017, when Tim Slade was its highest ranked representative in 11th – but never quite having shown that same level of consistent performance again.

Gen3 Ford Mustangs and Chevrolet Camaros are at this stage due to debut midway through the 2022 Repco Supercars Championship, 12 months from now.

Already entrenched as a regular in the 10, Percat is hoping there will be gains to be had from the switchover.

“Brad and the team here do a very good job when there’s new rules that come in or a tyre or a car, so it would be good if we can come out swinging when we do go to that Gen3 car,” he told Speedcafe.com.

One element of Gen3 Percat has been particularly vocal about is paddle shift, with the 2011 Bathurst 1000 winner calling for Supercars’ next owners to reverse the technology’s likely deployment.

On the broader topic of a mid-season rule change, Percat was less fussed.

“If it’s what you need to do for the sport, I guess we can’t really say much,” he added.

“You have just got to suck it up and deal with it and hopefully when you get an opportunity to drive [a Gen3 car] you can learn as much as you can before you do actually race the thing.

“So for me, it’s whatever makes the sport healthy and gives the fans what they want to see – that’s why I’m so big on the no autoblip and no paddle shift.

“It’s the Australian DNA that we do things the hard way, we don’t just sit back and push buttons.”

Percat sits eighth after seven events this season, with a best finish of third at the Darwin Triple Crown.