Scott McLaughlin reflects on his weekend at the Big Machine Spiked Coolers Grand Prix in the latest edition of his exclusive Hired Gun column, presented by Grove Hire.

If you know me – and if you’re reading this I’m tipping you do – you’d know I wouldn’t be thrilled with results right now.

Nashville was just a brute.

And unfortunately Indianapolis wasn’t a whole lot better – which is a real pain after such a promising first crack at Indy’s road course in May.

So as I write this I won’t lie, I’m a little disappointed.

In this game, in IndyCar 2021 I’m learning that you just HAVE to be perfect.

And we weren’t at our best on Friday.

We missed the set up in qualifying and we paid big time. And in a brutally close field – we missed out on advancing by two tenths of a second.

Two tenths of a second.

That was the difference between being potentially up the pointy end, or down the back – where we ended up.

So in short as I’ve said in my last few columns – we just HAVE to get better at qualifying.

And I’m not throwing the baby out with the bathwater – it’s a bit doom and gloom right now – but I know it’ll change. 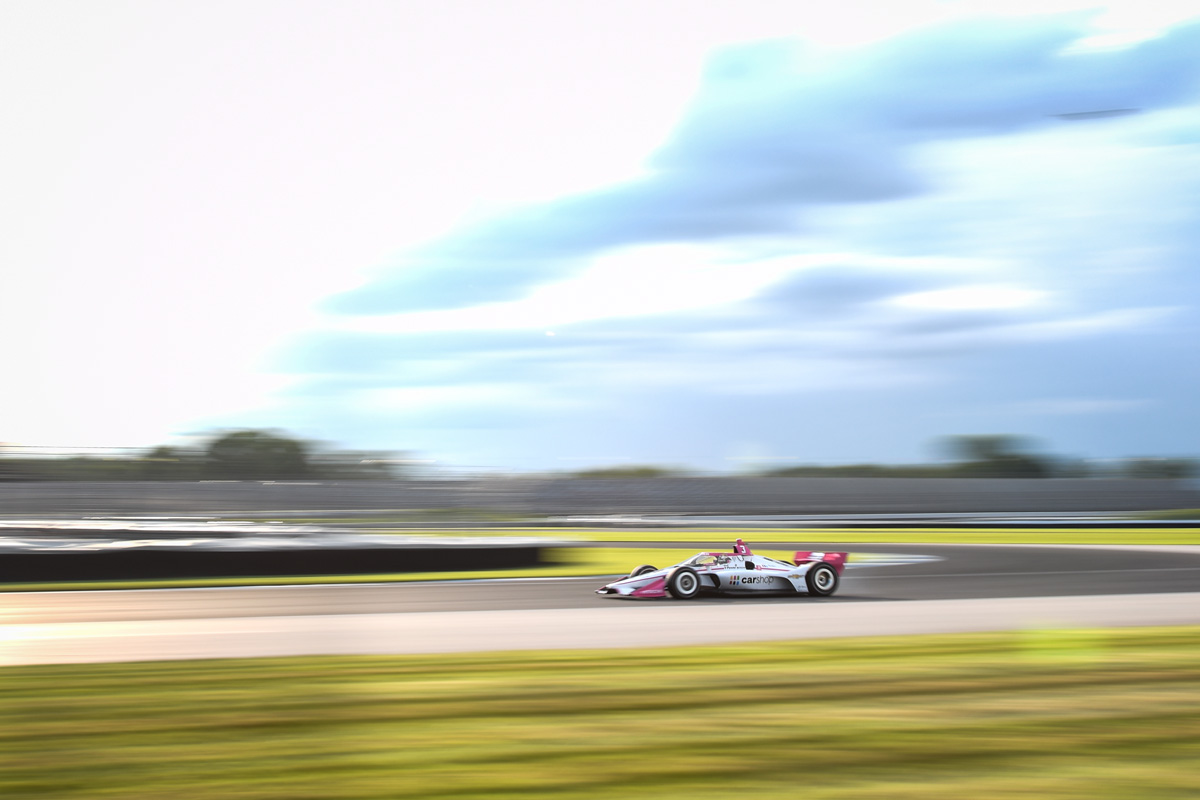 So we started 20th and it was just about small gains early.

If you watched the race – you might have seen an eventful opening lap where we flew over the chicane – which became fairly newsy for the Sunday NASCAR race as you may have seen.

It was cool when Jimmie Johnson shared the video of our leap – thankfully we missed him when we landed!

I feel my race craft IS getting better – and I’m comfortable out there.

Now if only we can start a bit higher our chances of getting better results will improve.

So in short, we were running 17th towards the end when I made contact with Rinus VeeKay – and had to drop to the back of the field for the restart.

There were positives for the team at least with Will Power getting his first win of the year – which meant plenty to him after his rough weekend at Nashville last start.

As a whole – the weekend was so awesome to share the billing with NASCAR.

The buzz around the whole city and the track was just amazing.

To share the garages and the paddock – and then to stick around to watch the chaos of the Cup race on Sunday was fantastic for race fans – definitely put it on your bucket list if you’re ever able to travel abroad again!

And we had a new major sponsor for the weekend – our car looked like Peppa Pig with the pink snout, but it was fantastic to have Carshop’s support.

And we still sit 13th in the championship – we’re still the leading rookie, although Romain Grosjean is coming for me – it was great to see him have another great weekend.

So I’ll be a tad grumpy for a day or two more – but we’re back racing again next weekend.

We’re back on an oval – at Gateway where we tested last month.

It’s a seriously ballsy track – so I’m looking forward to what we can achieve.

You know I’ll be giving it my all.