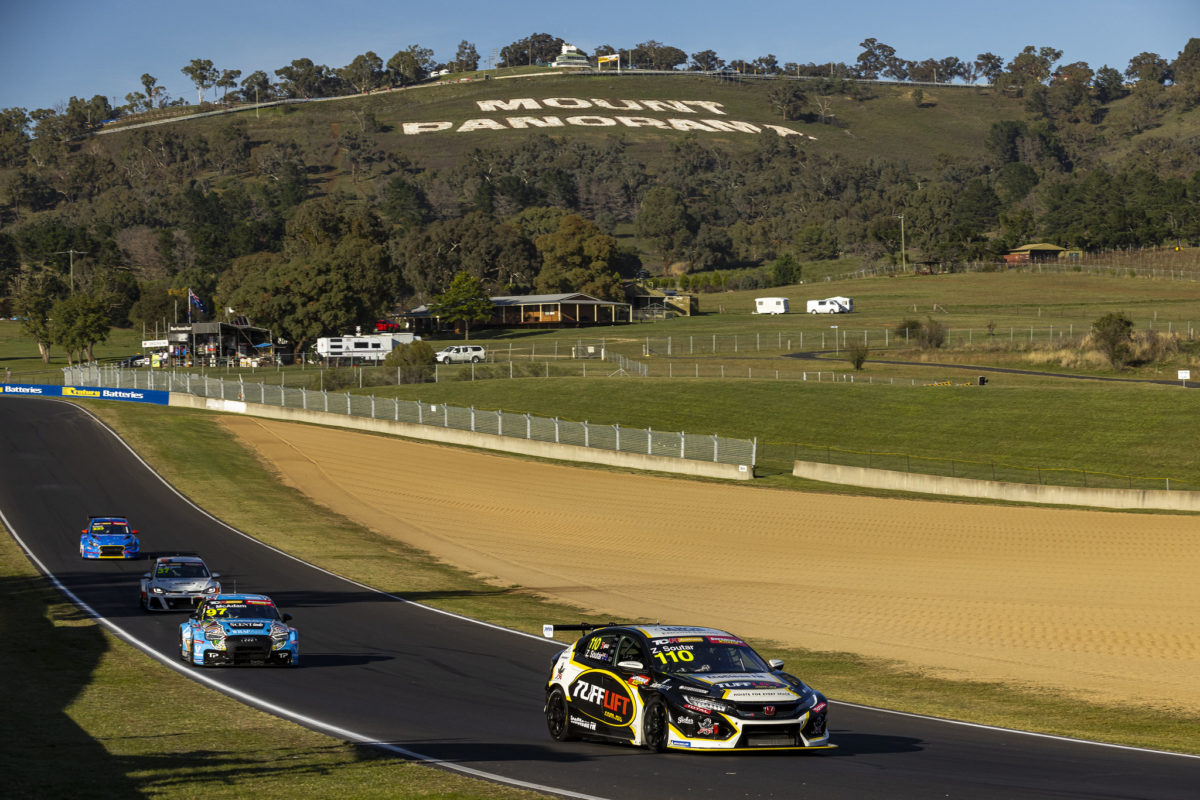 There remains interest in bringing overseas TCR competitors to Mount Panorama even if this year’s Supercheap Auto Bathurst International must be a far more local affair.

That is the view of Australian Racing Group boss Matt Braid, who has once again had to manage an ever-changing calendar of events in 2021.

What would have been the inaugural Bathurst International in 2020 was cancelled due to internal border restrictions and the external border closure has impacted this year’s event also.

Instead of the TCR enduro which was its reason for being, the event will now be headlined by a points-paying round of the Supercheap Auto TCR Australia Series.

However, the Bathurst 500 remains an ambition.

“I think the intention of the International was actually to bring the world to Bathurst,” Braid explained to Speedcafe.com, before the confirmation of the postponement of TCR’s Sandown round.

“That still has a lot of merit and there’s a lot of support for it from a fan point of view, certainly from our partners with Bathurst Regional Council as well.

“Even now, there’s still people in contact with us very regularly, still asking about this year’s event.

“The logistics involved certainly around TCR is more difficult, but the interest is still there, absolutely still there, because there’s hundreds of TCR cars around the world and obviously multiple series.

“Certainly, from the TCR perspective, from WSC [World Sport Consulting, global TCR owner] down, being able to see TCR cars race at Bathurst with international teams and drivers competing against Australian and New Zealand drivers, everybody would love to see it still; there’s still a lot of passion and enthusiasm to see and do that.”

As to that lingering uncertainty in Braid’s comments, he says decisions about restoring the Bathurst 500 concept will be taken once there is a better idea of what restrictions might be in place next year.

“I’d love to be able to say ‘Yes it would be’ but until we know what’s happening next year, it’s very difficult to say,” he said.

“But, the appetite’s there on all fronts and if the logistics can be handled, then of course it would be revisited.”

Despite the disappointment of having to scrap the 500km format, the three races which will amount to the final round of the 2021 Supercheap Auto TCR Australia Series will each be the longest in the competition’s short history.

Their 21-lap, 130km distance, more than double that of the races held on the undercard at this year’s Bathurst 6 Hour, has been set so as to fully exploit fuel capacity, meaning there is no need to refuel in-race.

“One of the reasons we went to the three races, 21-lap [format] and the 400km versus 500km is obviously the investment to switch to endurance spec on the cars is significant,” noted Braid.

“We didn’t want to put more burden on the teams this year if we weren’t going to have a fully-fledged enduro with internationals.

“A component to consider was obviously the financial impact on the teams to upgrade or alter the specifications of the cars, particularly around refuelling.

“That was not the only reason, but certainly a factor in looking at how we could do an alternate longer distance format without looking at the refuelling capabilities.”

With the Sandown round of the Shannons Motorsport Australia Championships cancelled, the next scheduled hit-out for Supercheap Auto TCR Australia is what is now a double round at The Bend on October 15-17.