Courtney reveals he raced with broken shoulder in Townsville

Courtney reveals he raced with broken shoulder in Townsville 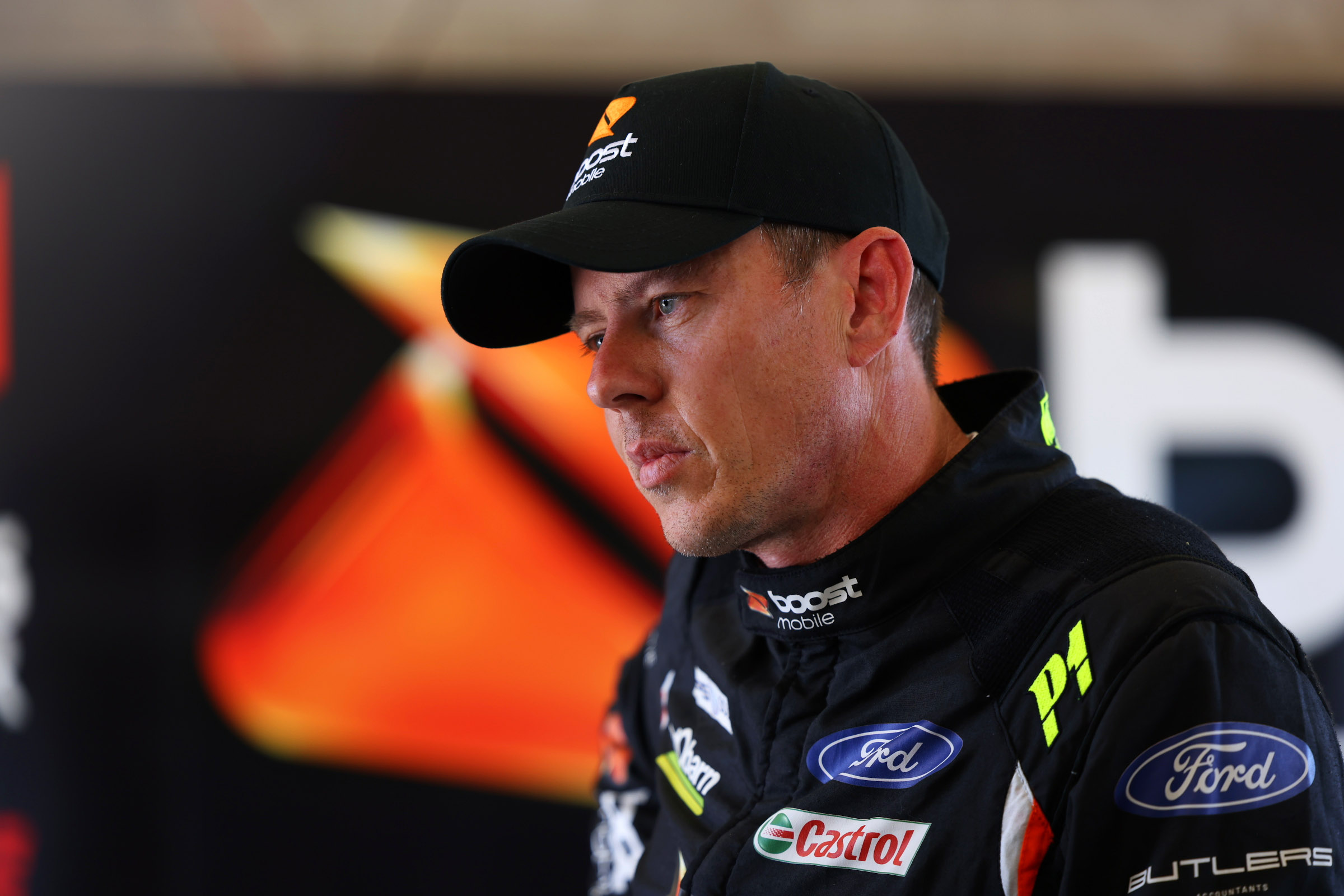 The 41-year-old was playing rugby with his son Cadel the week after the Darwin Triple Crown in late June when the incident occurred.

Courtney conceded he knew the injury was serious but brushed it off, not wanting to miss the double-header on the streets of Townsville in July.

The 2010 Supercars champion raced on in spite of the pain, claiming three top 10 finishes across the five races.

Speaking with Speedcafe.com, Courtney explained how the incident unfolded.

“I saw the sideline was open,” Courtney said.

“Cadel is a winger, I knew I could just run over him, so I just ran for him as dads do and the little bastard just stood there and grabbed ahold of me.

“I started to fall on him and I thought, ‘Shit, I don’t want to crush him’. So I pushed him out of the way and I couldn’t get my arms back in time to brace myself and I fell on my shoulder.

“I thought it would just go away and I won’t use it that much and look after it and try to take it easy.”

Only when the season was put on hold and the pain wouldn’t go away that Courtney decided to get his shoulder looked at.

The Gold Coast-based driver was also spurred on by partner Tegan Woodford, who suffered an injury of her own; rolling her ankle and tearing several ligaments.

Recently one of Courtney’s friends Zane Sherif started a new business, Mermaid Beach Radiology, who invited him for a consultation.

There, the Tickford Racing pilot learnt he had suffered three fractures, damaged his AC joint, and torn several shoulder ligaments after an MRI scan.

“They can’t put a cast on shoulders anyway and I wasn’t going to get an operation,” Courtney explained.

“When we had this big break I thought I should go and get it checked out now. Tegan, my partner, fell over and hurt her ankle.

“I was talking with my mate Zane, he’s got the best quality machines ever. He said he’d just opened so invited me to come down and check out his new facility and have a look at my shoulder and Tegan’s foot.

“And as it turns out, Tegan’s foot is pretty screwed up and I’ve got a few fractures and a busted AC joint. Turns out we were both pretty busted up and were just pressing on.”

A silver lining to the coronavirus-induced break means Courtney will have plenty of time to rehabilitate his shoulder.

His next event won’t be until at least the first weekend of October when the Repco Supercars Championship is slated to return at Winton Motor Raceway.

As for his son, Cadel has been making the most of his father’s injury.

“He now thinks it’s funny. I sent him a message and said, ‘Mate, my shoulder is actually broken’,” he laughed.

“He sort of felt sorry for me. I said, ‘Don’t! I’m not angry at you’. So now he’s going to go school and tell his mates he tackled his dad and broke his shoulder.”