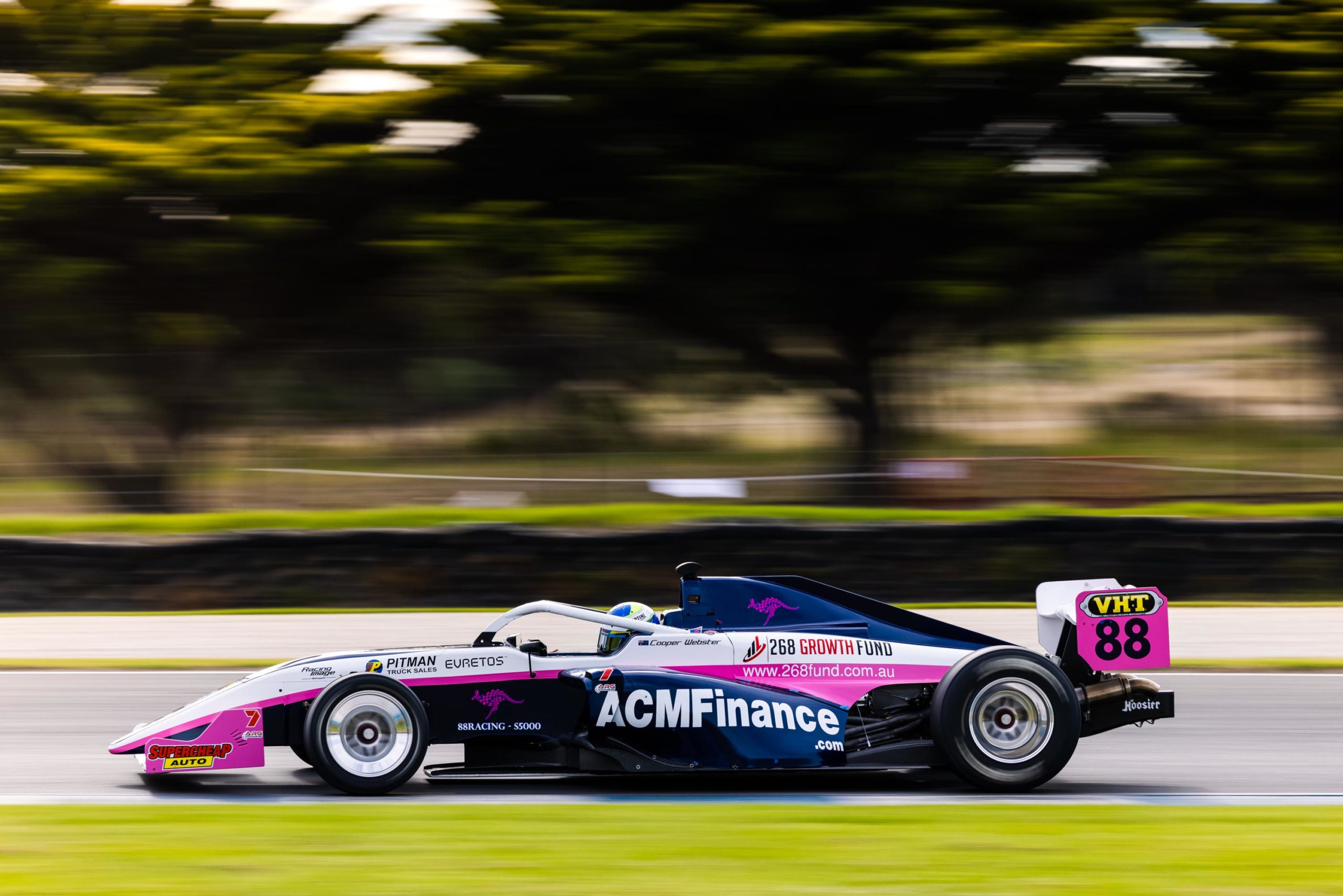 88Racing has become the first foundation S5000 team to confirm it will expand its operations.

The Albert Callegher-led squad fielded Cooper Webster in the open-wheel category this year, the teenager taking a shock race win at Phillip Island.

Callegher has now announced 88Racing will enter two cars in both the 2021 Tasman Series and 2022 S5000 Australian Drivers’ Championship.

“There is a big advantage in running two cars,” he explained.

“Simply, you get double the amount of data and track time and so many overheads can be shared across two cars, making the operation more cost-effective.

“The whole task is made easy simply by the fact when the car needs a service or repairs, you can simply drop it off to GRM [Garry Rogers Motorsport].

“That lowers the workshop infrastructure and specialist staff requirements enormously, so a Haas [Formula 1] style business plan can mean the team can be quickly up and running and winning races.

“We are in the final pieces of the puzzle to put together the second car so we will expand for the Tasman Series and the 2022 and an announcement [is] expected within the next two weeks.

“Each car will have its own distinctive livery and individual sponsors as it makes more sense for sponsors coming onboard.”

Callegher is determined to use his team as a platform to provide opportunities for up-and-coming racers – potentially included internationals.

“It gives me a lot of pleasure selecting drivers that gives them a chance to showcase their talents,” he said.

“We have a lot of interest in our second car and the driver selected will be another strong young talent which will only add to the depth of the grid.

“COVID has restricted our planned growth, which included the opportunity to attract European and US-based drivers given our connections over there,” he added.

“However, they are all still there and will happen when travel becomes realistic.

“It’s important having European or US-based drivers racing here and in S5000 and that’s a goal we’re working on.

“We’re expecting to have an Italian driver in our car for selected rounds in 2022, so there is great potential to add that international flavour.

The reborn Tasman Series will consist of seven races across two rounds, namely the Supercheap Auto Bathurst International on November 26-28, and the Boost Mobile Gold Coast 500 on the following weekend.