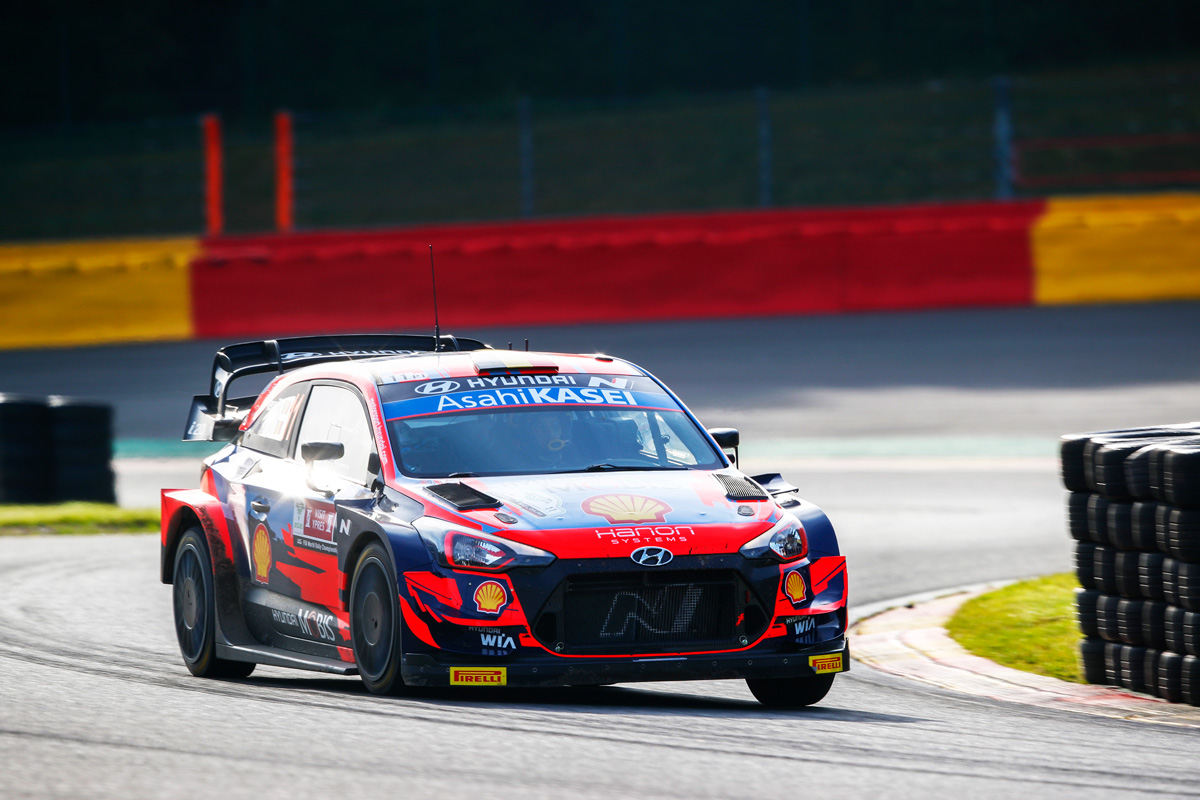 The #8 of Thierry Neuville and Martijn Wydaeghe

Neuville came good in familiar territory though to snap the drought, the Belgian finishing overnight (AEST) 30.7 seconds ahead of team-mate Craig Breen.

Rovanpera rounded out the podium, ahead of Evans and Ogier – with the top five split by 55.8 seconds in total.

“We had a lot of pressure coming here but to be honest I have felt confident, comfortable, relaxed and in control all weekend,” said Neuville, 33.

“We were able to rely fully on the team and the car, which worked perfectly.

“It has been a pleasure to get this first win together with Martijn. It has been a long time coming, but it feels even better now.

“We knew we had to deliver here, not just because it is our home event but because of the need to score big points for the championships.

“It was really special to do that final stage at the nicest circuit in the world, just 15km from my hometown, with friends and family cheering us on and to be able to do some celebratory doughnuts.” 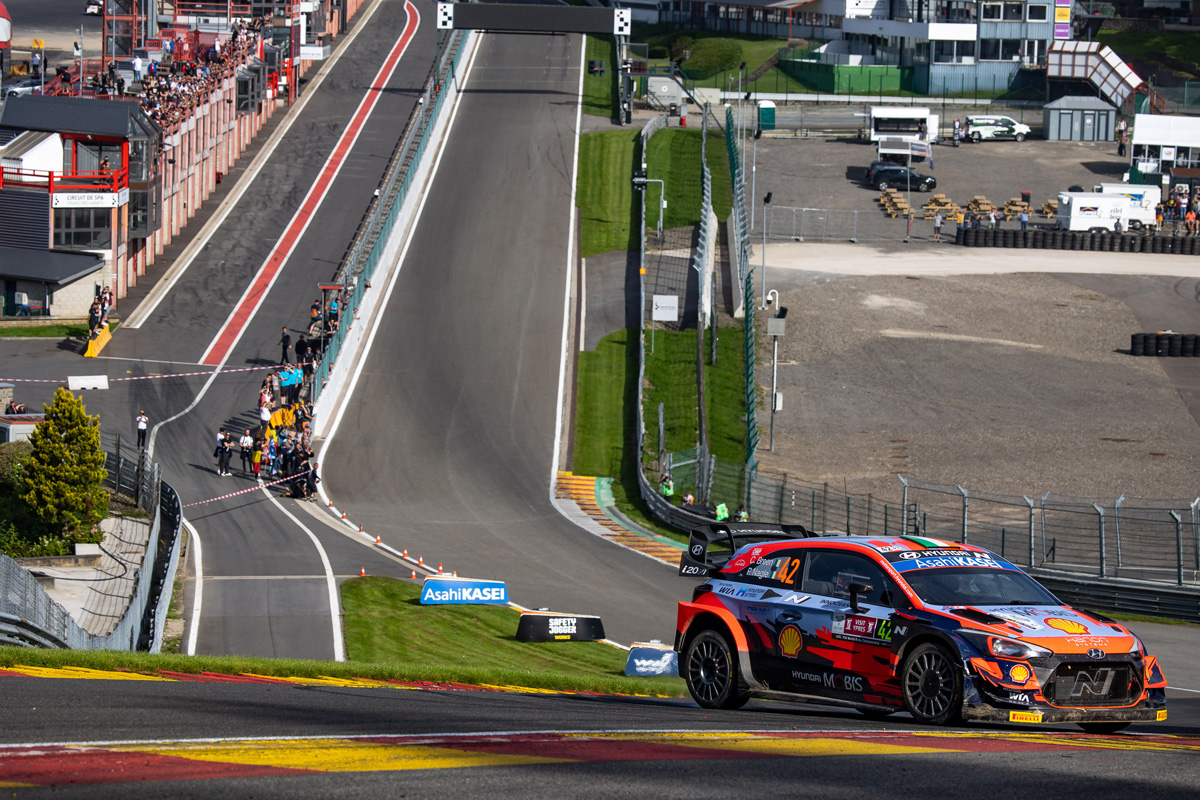 Spa-Francorchamps hosted the final day of the Ypres Rally Belgium

Hyundai team principal Andrea Adamo elaborated on the relief the result has brought.

“We have been under huge pressure in recent months, so this result is very welcome,” said Adamo.

“I have tried to shelter the team – my people – as much as possible, because they don’t deserve to work under stress.

“They have reacted to the situation very well, incredibly professionally, and have behaved as a team. I am proud of them all.

“This result is like an alignment of planets, sometimes it happens.

“To be the first time here in this beautiful event, with a tremendous atmosphere, to see Thierry win, with Martijn taking his first WRC win, at Ypres Rally Belgium is amazing. A true team effort.”

Ogier now holds a reduced 38-point lead in the championship with four rounds remaining, with Evans and Neuville now tied for second.

The next WRC event is the Acropolis Rally Greece on September 9-12. 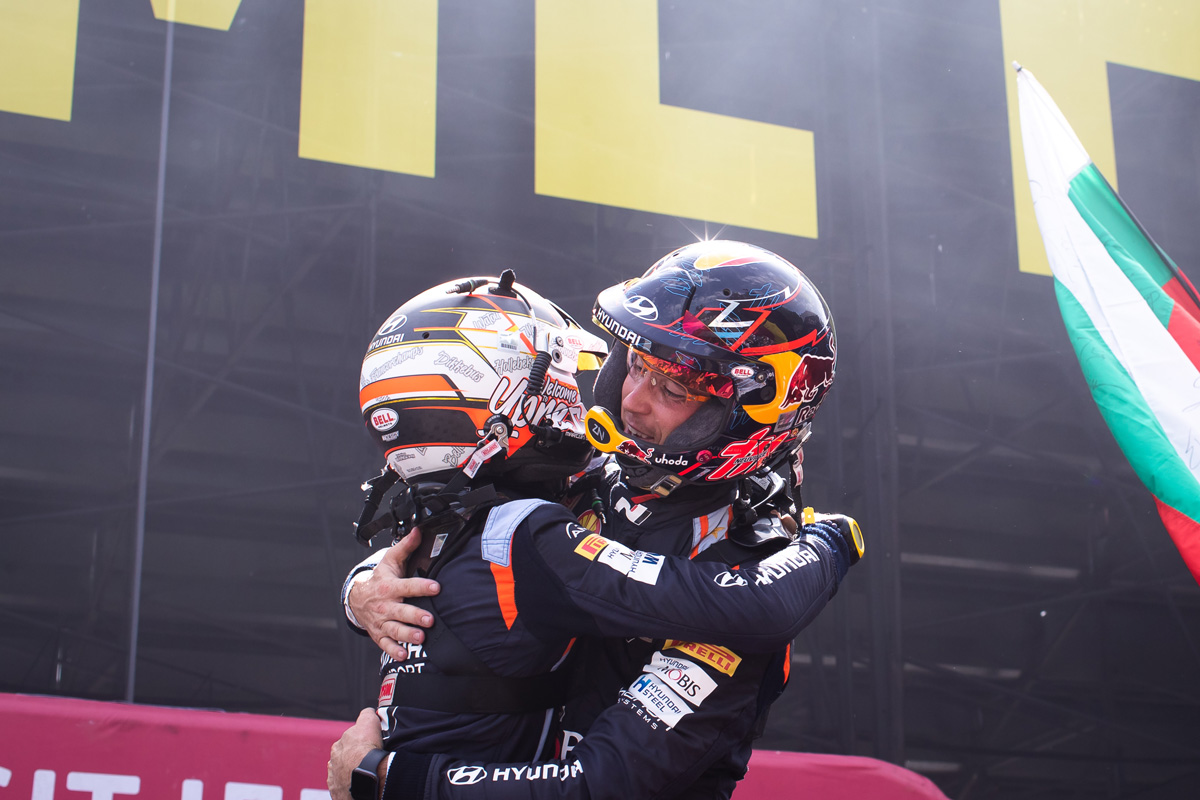