Martin: ‘It felt like playing Mario Kart when they throw bananas on the track’

Martin: ‘It felt like playing Mario Kart when they throw bananas on the track’ 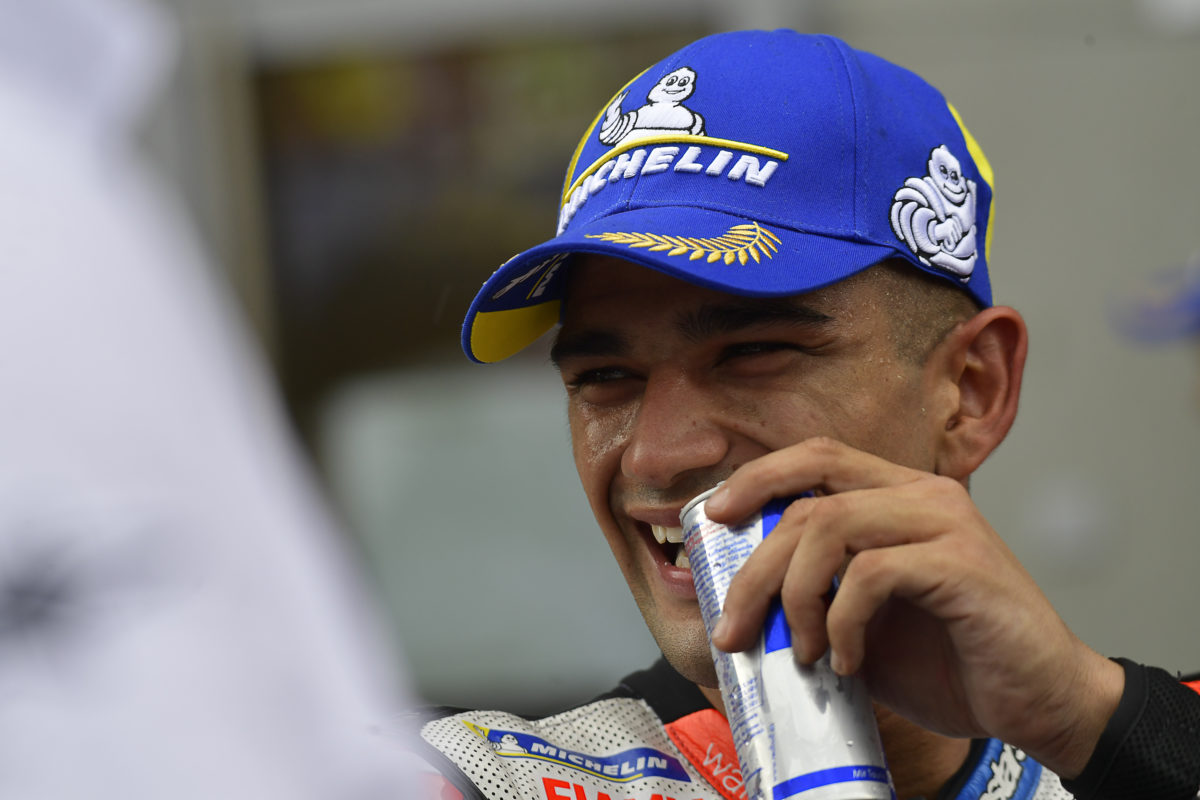 Pramac Racing’s Jorge Martin has given a colourful summary of an extraordinary Austrian MotoGP race in which he bagged another podium.

The premier class rookie ran in the top four for much of the contest and ultimately finished third at the Red Bull Ring, where he had taken a breakthrough win just a week earlier.

However, those figures hardly do justice to the drama which unfolded in the closing stages of the 11th race of the season.

The Austrian Grand Prix had already been a highly entertaining affair before the rain which had been threatening all race finally started to set in with around half a dozen laps remaining.

Brad Binder decided he would gamble on staying out when everyone else in front of him, including Martin, pitted, and the Red Bull KTM rider jumped from sixth to the lead.

While that proved to be a race-winning decision, Francesco Bagnaia and Martin charged from 10th and 11th with a lap to go to round out the podium on their wet-shod Ducatis.

That led the latter to quip on Spanish network DAZN, “It felt like you were playing Mario Kart when they throw bananas on the track.”

Martin led initially from pole position but ran wide on the opening lap at Turn 4 and succeeded only in dropping to fourth when he tried to re-take top spot from Bagnaia on Lap 6.

He then gradually lost touch with the leading trio of Bagnaia, Marc Marquez, and Fabio Quartararo, but caught up when the rain started to fall.

Martin admitted that he made a mess of his bike change and might have caused an injury to one of his crew members, but still emerged third of the formerly front-running bunch when he exited pit lane with three laps to go.

At the start of the final lap, he feared that the stop had been the wrong decision, until happening upon around half a dozen riders struggling on slicks with just a handful of corners in the grand prix remaining.

“If I have to explain you the full race, I will stay here for more than one month,” said Martin in the post-race press conference.

“We started with the front hard [tyre] that I tried just for one lap in all the weekend, so we took a big gamble I think, but I was feeling confident.

“But, as soon as I wanted to be in the front and tried to pull away, I went wide and then I was in P4 so then the front was overheating a lot and I was really struggling to find the pace.

“Afterwards, when the rain drops started, I took a lot of risk there, tried to catch the front group, and I started to overtake. I overtook Fabio, also Pecco [Bagnaia], but they were battling hard to be in the podium positions.

“Then when it was completely wet, I saw Marquez and Pecco went through pits, and I said, ‘It’s time to try’.

“Then I was so nervous in the flag-to-flag change, I almost crashed and I didn’t stop it, and I hope my team is okay because I think one of the mechanics had a bit of pain.

“But anyway, when I went out of the pits, I was still in third position.

“I arrived to the group in Corner 7, and I passed six [or] seven riders in two corners, so it was a bit difficult to avoid all of them.” 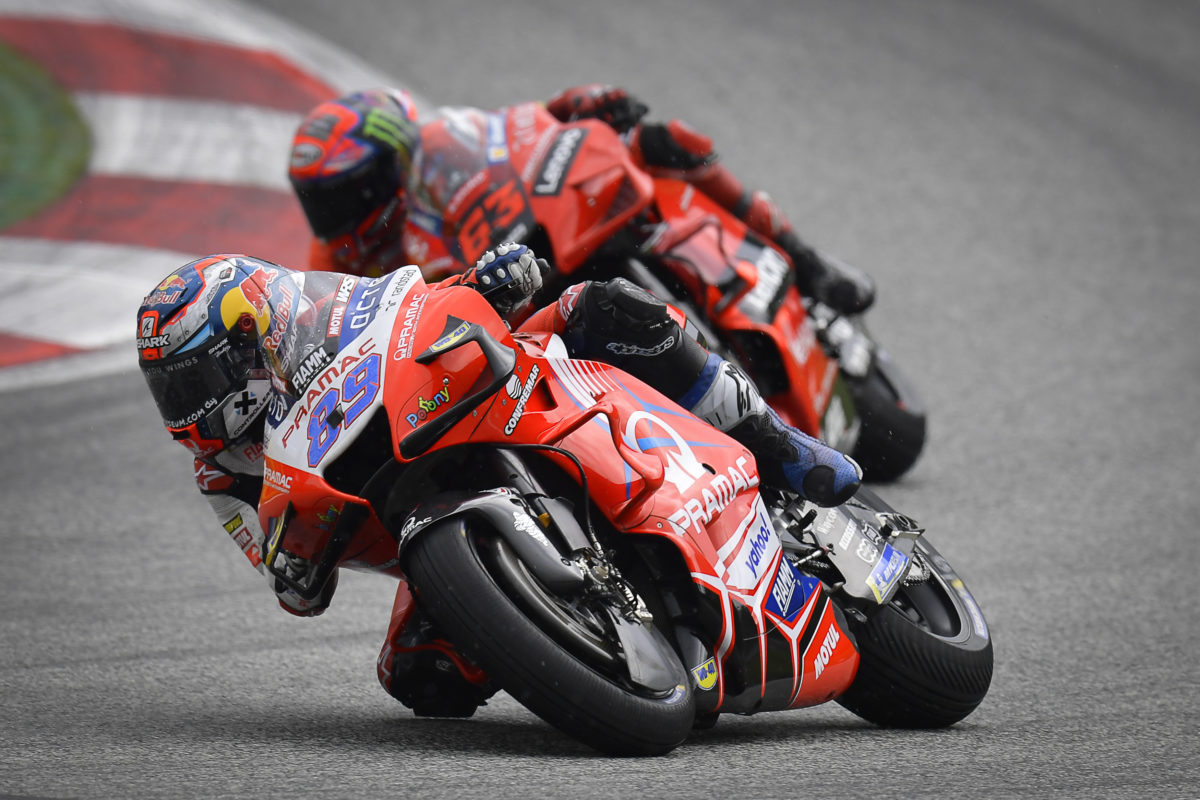 The ride capped off a remarkable fortnight for the 23-year-old, who, after sustaining multiple fractures during practice for Round 3 of the season, bagged a first MotoGP win in just his sixth race start, in the Michelin Grand Prix of Styria.

On top of picking up a third premier class podium in the second round at the Red Bull Ring, Martin also took a third MotoGP pole position despite having to go through Q1.

The 2018 Moto3 world champion admitted on MotoGP’s After The Flag show that he initially thought he had finished the Austrian Grand Prix in fifth or sixth, and stated in the press conference that he is happier with the third placing than the win of seven days earlier.

“When I crossed the finish line and I was in a podium position, I was super impressed, super happy, even more than last week, because I didn’t expect that,” he explained.

“Now, I need some time to understand what happened in the last week-and-a-half, because two podiums in two races and two pole positions is something incredible.”

Martin is 10th in the championship ahead of Round 12, the British Grand Prix, at Silverstone on August 27-29.