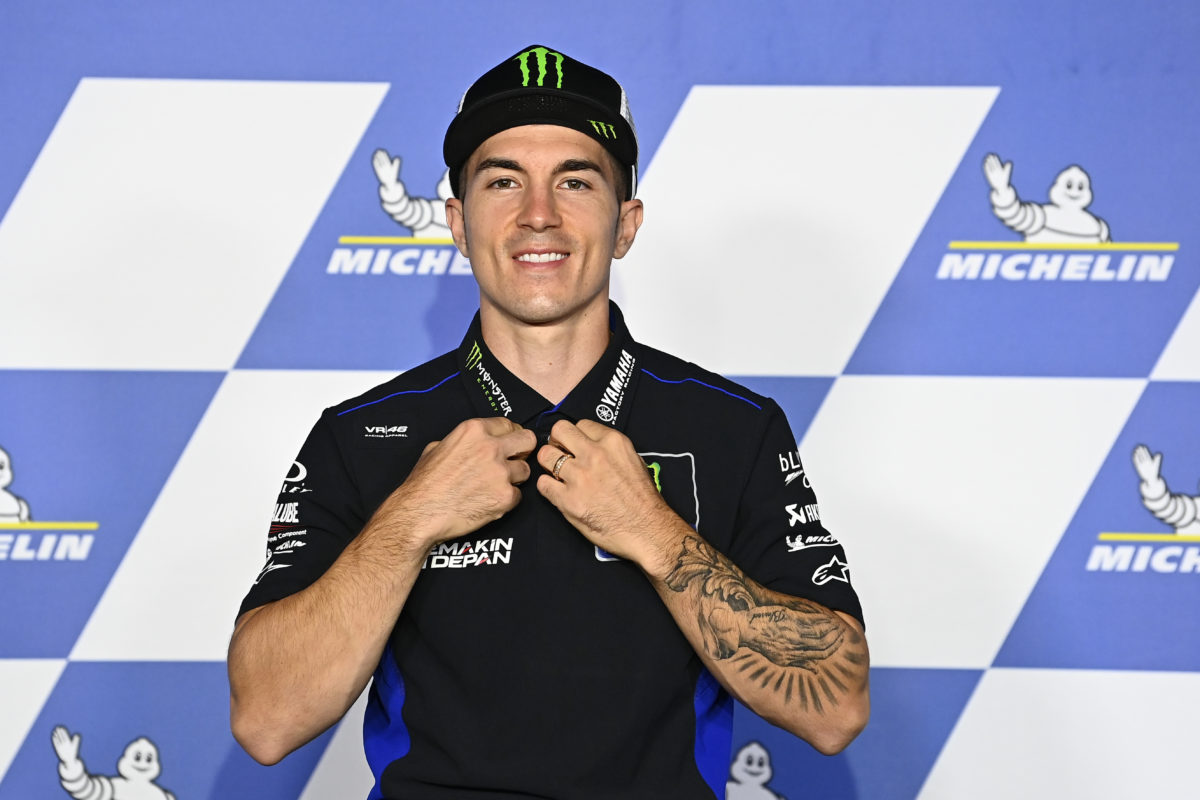 Aprilia Racing has announced the signing of Maverick Viñales for the 2022 MotoGP season.

The 2013 Moto3 world champion has inked an annual contract with the Noale manufacturer which comes with an option for renewal, and will race as team-mate to incumbent Aleix Espargaro.

The deal has been announced while Viñales is suspended from competition by his current team, Yamaha, over his riding in the Michelin Grand Prix of Styria just over a week ago.

He had signed a two-year agreement with Yamaha covering 2021 and 2022 before the start of the 2020 season, but, as MotoGP moved into its summer break, was granted a release effective the end of the current campaign.

It was at that time that Viñales was strongly linked to Aprilia, but he maintained then and through the break that no deal had yet been done.

In announcing that it indeed now has, Aprilia Racing CEO Massimo Rivola said, “We are extremely happy to announce that we have signed Maverick Viñales, a very high-level rider and one of the purest talents in the premier category.

“Our project has now been enriched with the value that Maverick brings – a World Champion who has confirmed his talent as a top rider in MotoGP – at a time of great change, after bringing a completely revamped bike to the track and having consistently established ourselves in the group of protagonists, we are also facing a switch in status as a Factory Team now, in order to take Aprilia to success.

“We are honoured to be able to make all of our best skills available to Viñales along with our enthusiasm and our passion.

“I am confident that, like Aleix, he will embrace this extremely high-potential project.”

Aprilia’s announcement makes no mention of current test rider Andrea Dovizioso, but does signal that the man whose seat Viñales is taking, Lorenzo Savadori, will remain in the fold.

“The arrival of Maverick in no way distances Lorenzo Savadori from the team, as he will remain an integral part of the Aprilia Racing family,” added Rivola in conclusion.

Dovizioso had stated his intent to take just a year out from racing in 2021 after his split from Ducati and remained untied to any team/manufacturer until he agreed to a formal test deal with Aprilia in May, after he had already started riding the Noale manufacturer’s MotoGP bike.

Despite telling Italian media recently that, “I don’t feel like a retiree,” he has not demonstrated a strong inclination, at least publicly, that he would like to race for Aprilia next year, and has downplayed the chance of a wildcard this year.

Whether Viñales races again in 2021 remains unclear, given Yamaha’s suspension of one of its own factory race riders is indefinite.

The Iwata manufacturer seems to suspect that the nine-time MotoGP race winner tried to deliberately damage an engine during the Styrian Grand Prix.

That theory was given weight when Viñales apologised to Yamaha on Italian television and via MotoGP’s official website at last weekend’s Austrian Grand Prix, admitting that his frustrations got the better of him.

Regardless, Aprilia will be the third manufacturer that the Spaniard races for in the premier class, after debuting in MotoGP with Suzuki in 2015, a relationship which yielded one grand prix victory, and moving to Yamaha in 2017.

Aprilia is bringing its factory programme inhouse next year, having run as a partner of Gresini Racing from 2015 until now.

Round 12 of the 2021 MotoGP season continues with the British Grand Prix at Silverstone on August 27-29.