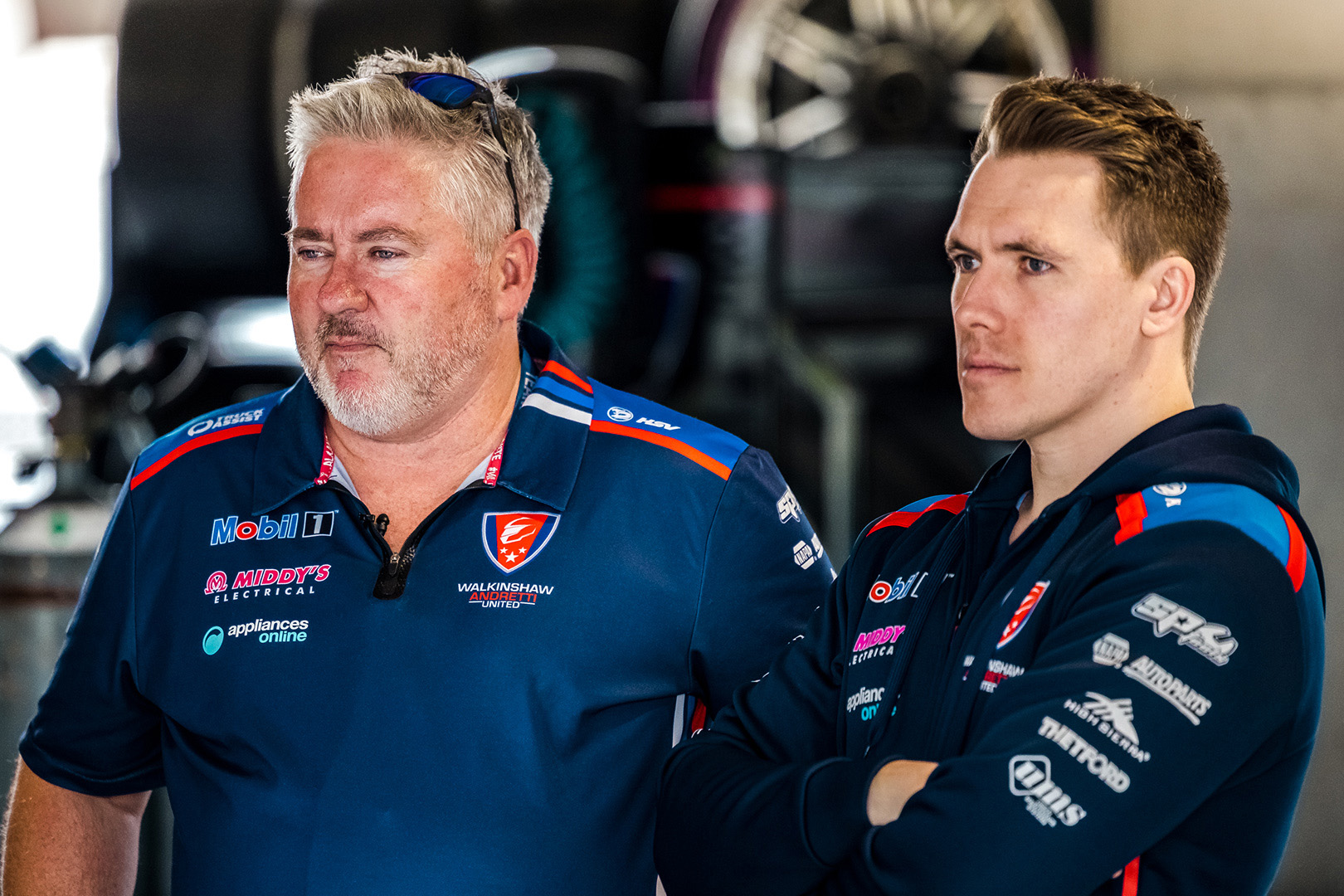 Ryan Walkinshaw believes Triple Eight Race Engineering is the only Supercars team advocating for the introduction of paddle shift technology under Gen3.

Supercars is evaluating a move under Gen3 away from the incumbent lever shifter at the driver’s left to a paddle shift set-up attached to the steering wheel.

In a recent fan Q&A, Triple Eight team principal Roland Dane said a move to paddle shifting made sense to reduce engine and gearbox stress as well as reduce costs.

Dane noted that paddle shifting is “part of every race car in the world now”, but Walkinshaw believes Supercars should keep its current set-up to remain unique.

“I just think we should try and keep some sort of unique selling point to Supercars and keep the shifter,” said the Walkinshaw Andretti United director.

“I think it’s a good, animated, unique selling point for our cars. Fans like seeing it.

“There have been polls that have been done where fans are overwhelmingly – over 80 percent – supporting keeping the current [lever] shifter and not going towards paddle shift.

“I think it adds complexity in the driving skill to the car whereas paddle shift makes it a lot easier to drive.

“To be honest, I only know one who is supportive of it, and that’s Triple Eight.

“I’ve not spoken to a single other team that is supportive of it and I’ve never really spoken to any fans that really want it to happen either.

“You see those teams down that end that want paddle shift. I’ve not heard of any that aren’t just Triple Eight.”

The subject has been polarising for fans of the sport and drivers.

The move to a paddle shift set-up would negate the need to heel-and-toe with autoblip technology being introduced.

Most full-time Supercars drivers Speedcafe.com has spoken to are against the move with a handful not fazed by which set-up is used.

Some, including three-time championship winner Scott McLaughlin, believe the absence of heel-and-toe would take some of the skill out of Supercars that makes it so rewarding.

Ironically, it was one of Triple Eight’s own, driver Shane van Gisbergen, who was initially vocal against adopting the technology.

Among the teams, Triple Eight has been the only outfit who has gone public in its support of paddle shift.

A handful of team bosses including Todd Kelly (Kelly Grove Racing), Brad Jones (Brad Jones Racing) and Walkinshaw are against the move.

Barry Ryan (Erebus Motorsport) is of the view that a move to paddle shift will happen eventually.

Among the selling points of Gen3 by Supercars CEO Sean Seamer is a firm focus on entertainment.

For Walkinshaw, the lever shifter is a part of that, and while fans at the track don’t get to see the spectacle from the grandstand, he says those at home want to see drivers muscle the cars.

“I’d say it’s something that we should keep,” he added.

“It looks cool. It adds some good animation and some good vision in the car and we’re a show, so let’s keep some things in the show, let’s not remove things that the fans enjoy watching.

“It’s one small part of the whole package, which creates a really entertaining product.

“I think paddle shift probably detracts from that as opposed to adding any additional value. If it doesn’t add value, then why would you do it?”