Tight fight at the top in WRC Rally Belgium

Tight fight at the top in WRC Rally Belgium 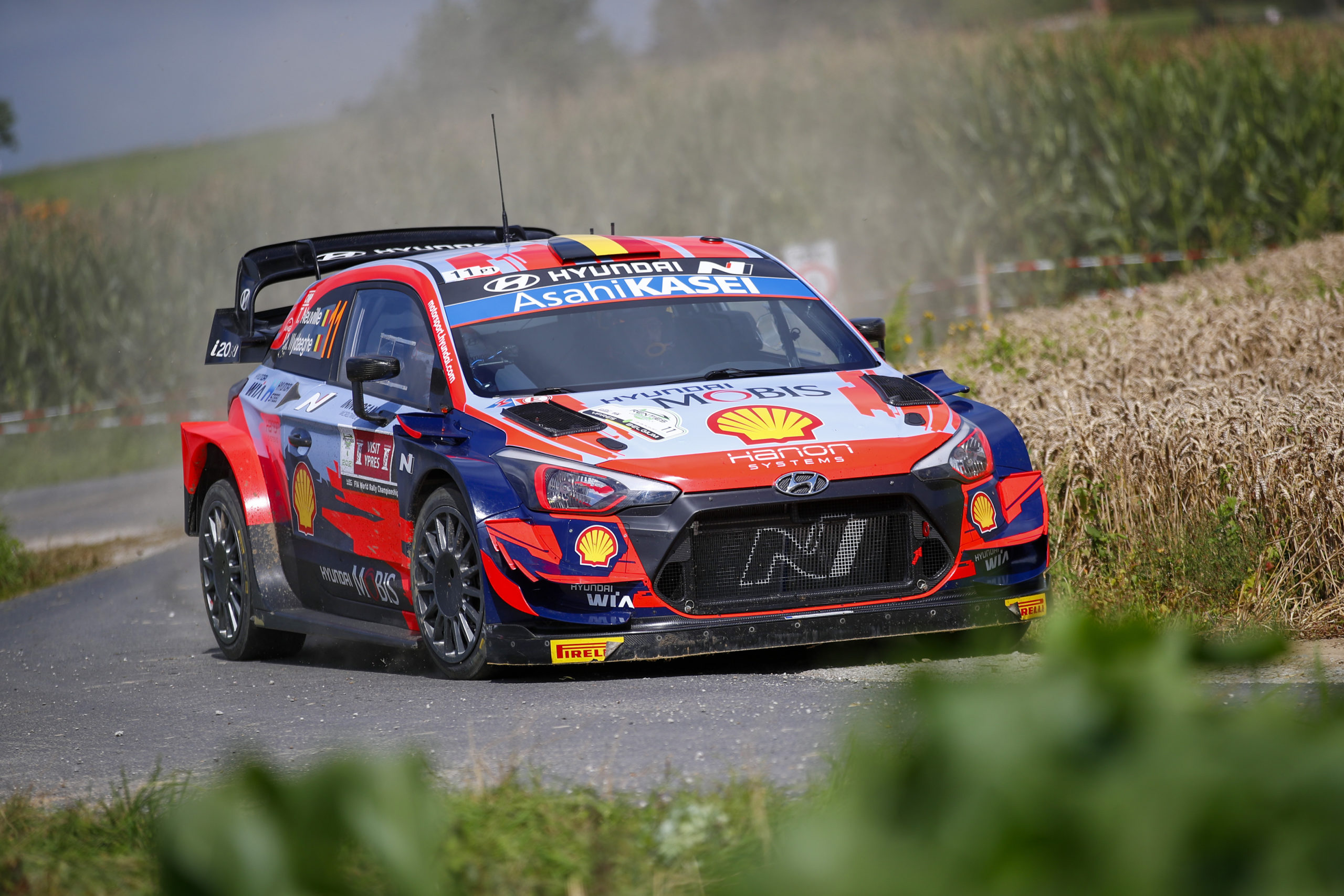 The Belgian led his home event by just 7.6s at the close of play on Day 1, winning four of the day’s seven stages.

Initially it was Breen who led the rally after SS4, though Neuville took hold of the rally on SS4 and hasn’t relinquished it since.

Hyundai hasn’t won a rally since the second event of the season at Rally Finland, which was taken out by Estonia’s Ott Tanak.

Tanak dropped out of touch with the leaders on SS9 after he “clipped something” and couldn’t change a puncture due to a broken jack.

Tanak lies sixth in the standings behind the Toyota trio of Elfyn Evans, Kalle Rovanpera, and Sebastien Ogier who at the end of Day 2 occupied third through fifth.

With seven stage wins in total, Neuville holds sway over Breen by 10.1s after SS16 with just four stages to go.

“We have had another controlled, trouble-free day and we can only be satisfied,” said Neuville.

“We have stayed away from punctures and any other issues, as well as setting some more fastest times.

“The only moment we had was when I went straight at a junction but, even then, we only lost half a second.

“I decided to take a good but steady rhythm and keep things under control. The handling of the car has been nice, and I’ve been enjoying our home event.

“We have now completed a big part of the rally, managed very well by us, but I am conscious that we have another day to go.

“They will be very different to the stages we’ve had so far, so nothing is done yet. We have to be clever, but I hope we can have a nice day.”

Rally Belgium will come to a close at Spa-Francorchamps, home of the Belgian Grand Prix.

The final four stages will take in two runs through Stavelot (9.05km) and Francorchamps (11.21km).

The final run of the weekend will be held as the Power Stage with additional points up for grabs in the drivers’ and manufacturers’ championships.

Should Neuville win Rally Belgium, it would mark only the second instance in which he has done so after claiming outright honours in 2018 in a Hyundai i20 R5.