Mick Schumacher in the Jordan 191

Second generation racer Mick Schumacher has opened up on his experiences behind the wheel of his father’s Formula 1 machinery.

In the days following the British Grand Prix, Schumacher junior took the wheel of a Jordan 191, the car in which his father made his F1 debut at Spa in 1991.

It was a unique experience for the 22-year-old, but not his first taste of his father’s cars.

“To begin with I’ve never driven a h-pattern race car before,” Schumacher said of his time in the Jordan.

“So I was sitting in the car trying to figure out where the gears were and everything.

“It’s crazy to think about how far out you sit in that car, I mean, the shoulders were kind of just popping out on the other side of the monocoque and then the front is very high so if you slide down or whatever you didn’t see much.

“But it was it was very nice, I’ve to say it’s just pure racing.”

Of the cars the Haas driver has driven, he likened it most to the car in which his father bested Damon Hill to the 1994 world title.

“It’s probably the closest in terms of in terms of how the car is to the ‘94 Benetton,” he explained.

“Very little amount of buttons on the steering wheel.

“It feels like a go kart, the 91, because It’s basically you have tyres, you have an engine, and you have a chassis.

“When I drove the 2002 and 2004 Ferrari, the amount of changes you can take on that steering wheel, the traction control, all of those things paddle shift, that’s very different to the ‘91 car.”

According to Schumacher, it was the rawness of the Jordan 191 which captivated him, as much as the role it played in his father’s life.

“The engine, you can see everything,” he explained.

“Nowadays obviously with the battery and the hybrid era and stuff a lot of things are covered, so you don’t really see the engine, only if it’s taken apart.

“But in that car you actually see how the fuel runs into the into the engine.

“Driving wise, unfortunately I didn’t have a seat in it so I only had a bit of foam sliding around a lot,” he added.

“Especially every braking, I was sliding so far down that I couldn’t see the track anymore, so after every braking I had to push myself back up to see something.

“But the emotions and feeling and knowing that my dad raced this car as his first race car is very special.” 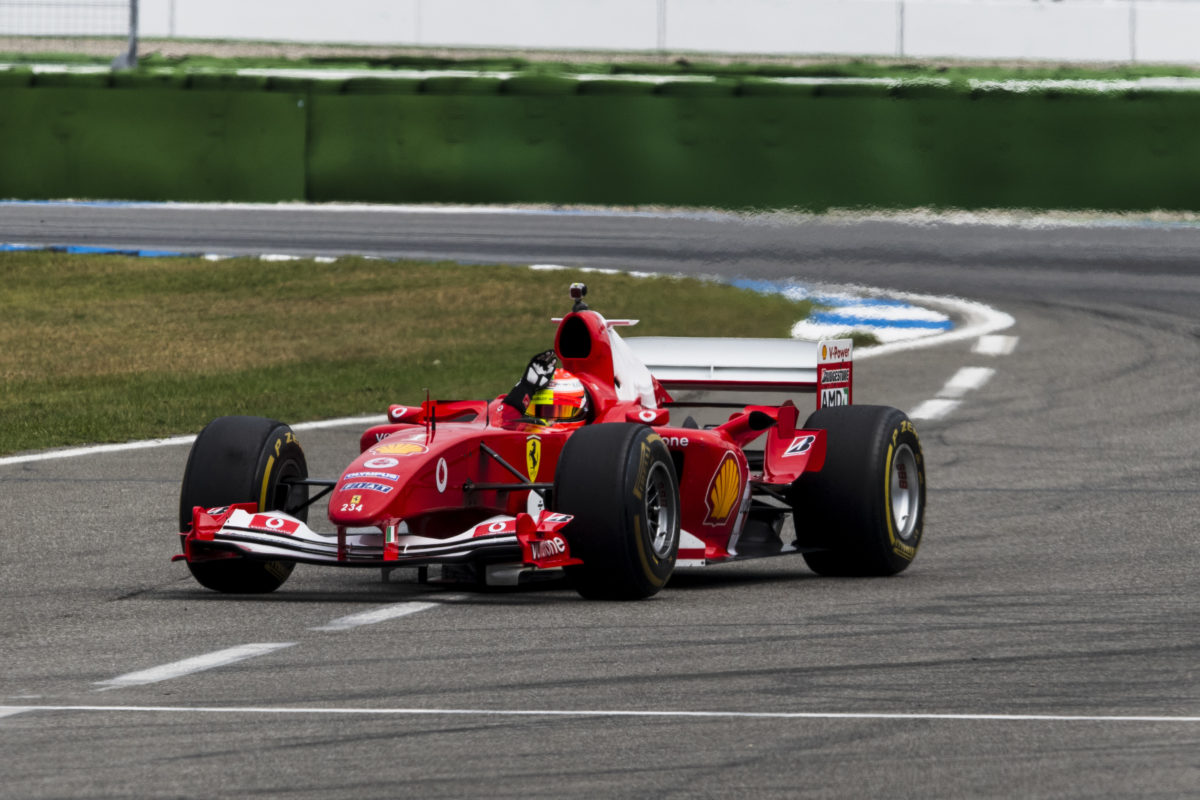