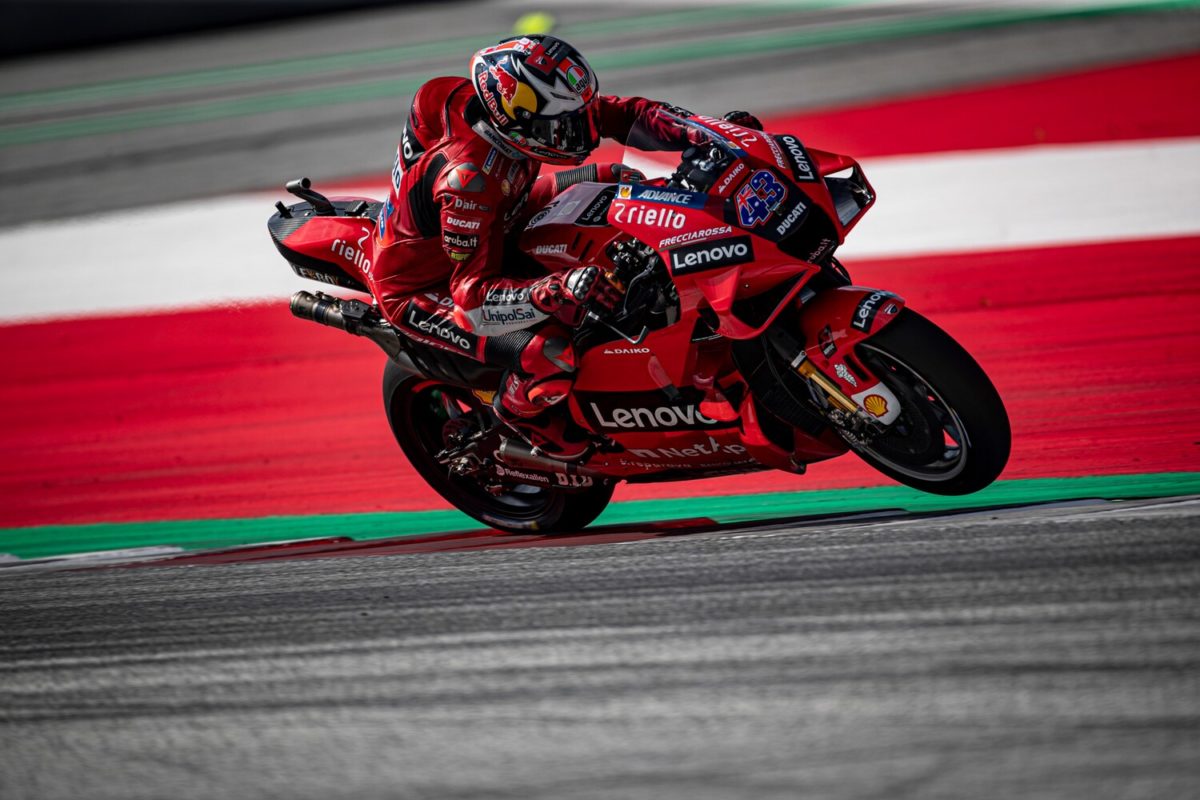 The Queenslander did earn direct passage to Qualifying 2 at the Red Bull Ring despite only being 17th after one dry and one mostly wet practice session on the Friday of Round 11.

However, he did not appear a particular threat from pole, and will in fact be the fourth Ducati rider on the starting grid.

Miller suggested he struggled for grip in the warm weather at Spielberg.

“Second row, on the inside, I should be able to get a decent start from there, but for sure, I wanted a little bit more in the quali.

“I just wasn’t able to find the time; simple as that. I kept losing the rear on the entry; I don’t know if it’s to do with the temperature or what.

“Anyway, our pace in FP4 was good. I tried the hard front, tried the medium front, I know how all the tyres are working more or less, so I feel confident going into tomorrow’s race.”

The Ducati Lenovo Team rider described his opinion of the tyre choices as “so and so”, given each of the Michelin hard and medium compound fronts have their positives and negatves.

“The medium one seems to be good on the edge – you can turn the bike quite well – but I have my doubts about it, especially if you’re in a group racing,” he explained.

“I think it’ll start to struggle a bit, in terms of temperature and also braking support.

“Whereas, the hard is really solid; it’s got some really good, let’s say, support from the brakes, but the edge is lacking a little bit of grip.

“But like I said, we know, and we will evaluate the situation before tomorrow’s race.”

Miller has failed to score in the last two races, both times due to crashes, and admitted he was “pretty dirty” on himself last Sunday after the Michelin Grand Prix of Styria at the Red Bull Ring.

Asked what the key is to a good result this weekend, he quipped, “I think a good start, which we have a good opportunity [to do] from that position, and yeah, stay on the bike this time.”

Fellow Australian Remy Gardner had a spill of his own in qualifying for Moto2 this weekend.

The Red Bull KTM Ajo’s slow-speed fall cost him a chance to push again for a front row berth and he will start fifth. 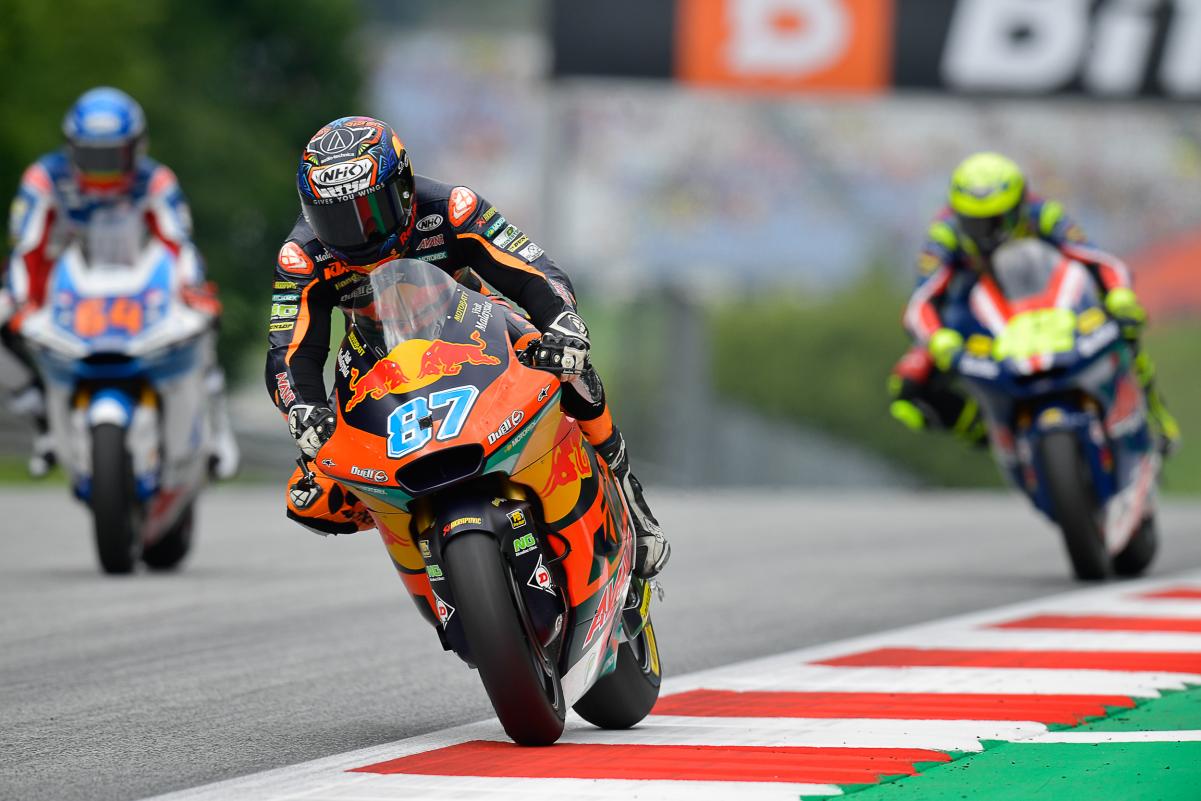 “It’s a shame because this caused us to miss out on the front row of the grid for tomorrow,” said Gardner, who leads the championship.

“It was a tough session, as the heat was higher than it had been in the morning during FP3.

“However, we are starting from fifth and the important thing is what happens tomorrow [race].

“We will learn from today so that it does not happen again and give our 100 percent.”