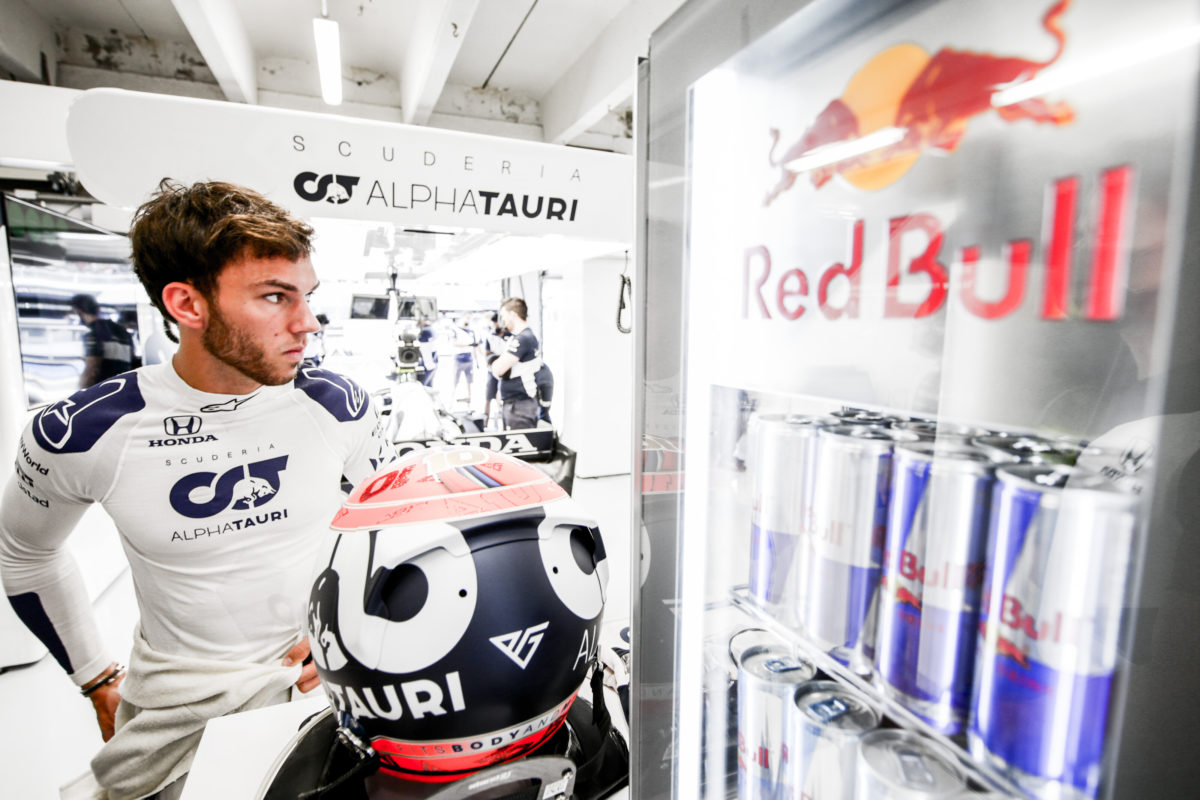 Pierre Gasly has admitted that his Formula 1 future is currently in the hands of Red Bull and, more specifically, Helmut Marko.

The Frenchman was one of the standout performers during the opening 11 races of the 2021 season.

Driving for AlphaTauri, Gasly has regularly featured inside the Top 10, especially in qualifying, and stood on the podium at the Azerbaijan Grand Prix.

That follows on from a similarly successful 2020 in which he claimed a surprise win at the Italian Grand Prix.

Yet despite that rich vein of form, the 25-year-old has admitted that he is not currently in control of his future.

“I think it’s pretty clear on my end, it’s in Red Bull’s hands,” Gasly said of his future.

“Max [Verstappen] is signed for next year in the in the top team, Sergio [Perez] I think has a one-year contract, so we’ll see what happens there and then what we do going forward together.

“I’m obviously contracted with them for some more time and I’m pretty confident we should get some answers at some point during the summer break, or after the summer break.”

Gasly was demoted to Red Bull’s junior team midway through the 2019 campaign after being swapped for Alex Albon.

While prompting some soul searching at the time, it’s rejuvenated his career.

However, he was still overlooked for a return to Red Bull in favour of Perez for the 2021 season.

The Mexican is understood to be on a one-year deal, though murmurs out of Milton Keynes suggest the team is happy enough for him to continue in 2022.

With Verstappen on a long-term contract, it raises questions as to where Gasly fits in at Red Bull in the medium term.

“It’s something we’ve done already but it’s something which I mean is talk between him and myself and at the moment there is no need to come out in the media with any answer,” the Frenchman said when asked if he could approach Dr Marko about this future.

“I’m performing very well without AlphaTauri, I’m really happy with what we are doing but obviously, personally, I’d like to be in a position to fight for better positions.

“It doesn’t mean I’m not happy where I am, it’s just a personal target and what I want to achieve in Formula 1,” he added.

“It’s not a decision with which will be made in the next few days.

“As I say is my future at the moment is in Red Bull’s hands and we’ll see what happens for next year, I’m pretty sure in couple of weeks.”