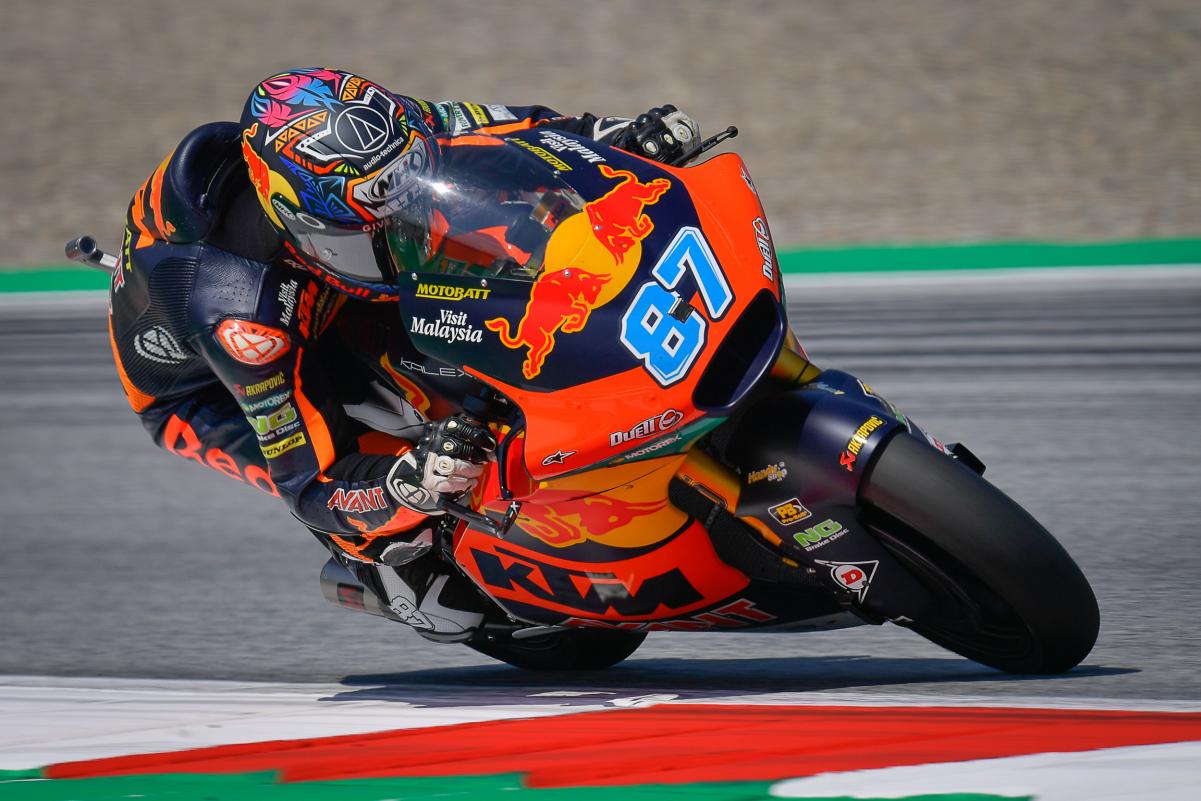 Remy Gardner is set to start the Austrian Moto2 Grand Prix from fifth on the grid after a late crash in qualifying at the Red Bull Ring.

The championship leader had just consolidated fourth with a 1:28.961s when he folded the front of his Red Bull KTM Ajo entry at Turn 1 in the final moments before the chequered flag in Qualifying 2.

Gardner then lost a position when team-mate Raul Fernandez jumped five spots to second with a 1:28.727s, the Spaniard having been as low as 15th at one point.

Augusto Fernandez (Elf Marc VDS) briefly held the fastest lap but ultimately missed the front row by less than a hundredth of a second, his best time being a 1:28.811s.

Last-start winner Marco Bezzecchi (Sky VR46) will line up all the way back in 16th after he too had a spill, around halfway through the session at Turn 9.