Formula E down to the wire after Di Grassi win, Evans podium

Formula E down to the wire after Di Grassi win, Evans podium 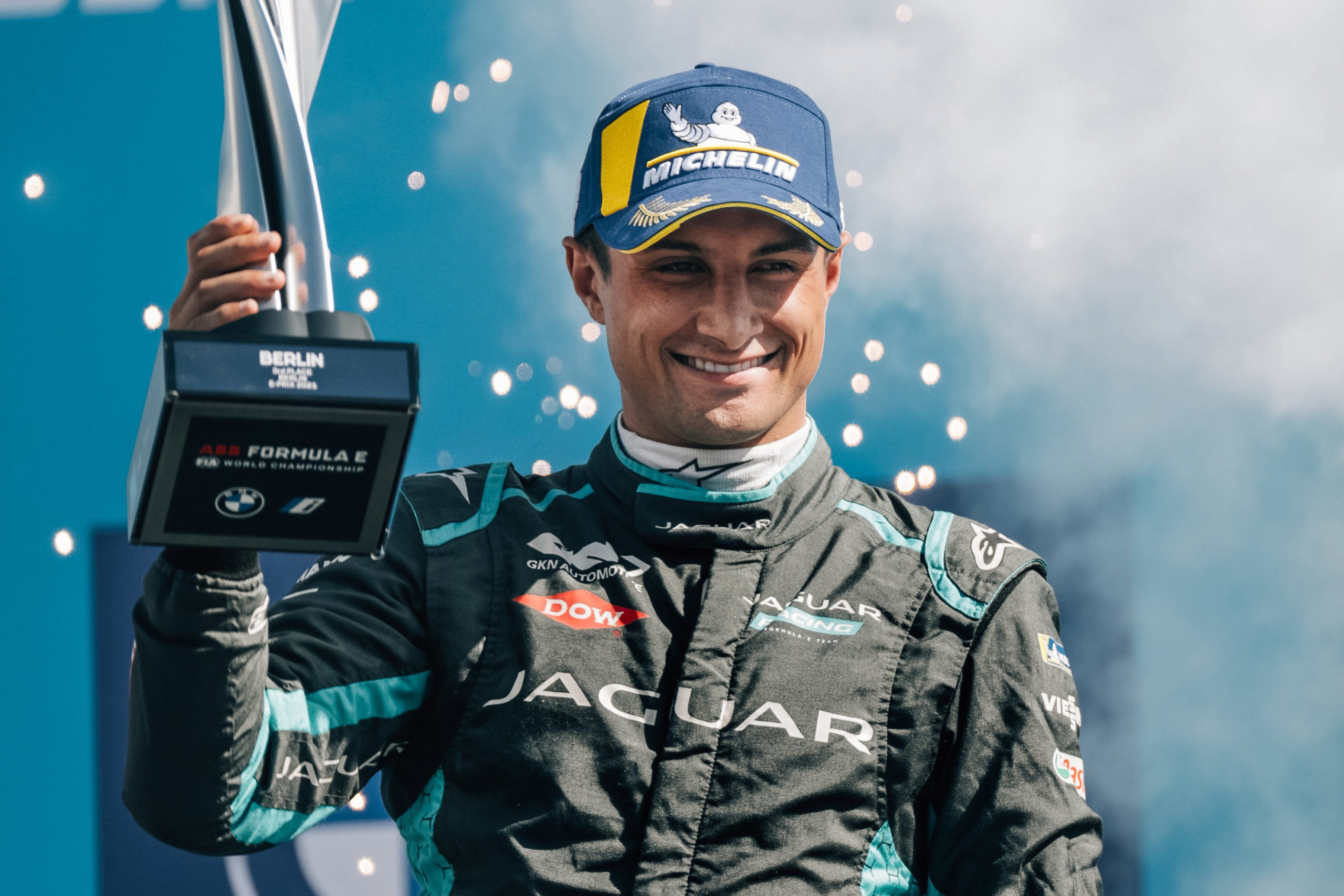 More than half of the grid are mathematically in the running to win this year’s FIA Formula E World Championship with one race remaining.

Audi’s Lucas Di Grassi claimed his second win of the season, winning the opening race in the Berlin E-Prix double-header at the Tempelhof Airport Street Circuit.

In what was a tight finish, the 2016/17 champion fended off Venturi Racing’s Edoardo Mortara for victory by a mere 0.141s.

Jaguar Racing’s Mitch Evans rounded out the podium in what was a strong showing for the New Zealander from seventh on the grid, eventually coming home 5.499s in arrears of the lead.

Jean-Eric Vergne initially led the way for DS Techeetah with team-mate Antonio Felix Da Costa at his side. However, both would fade as the race wore on.

Evans’ Jaguar team-mate Sam Bird was an early victim, grounding to a halt on Lap 8 with a technical issue.

Following a brief Safety Car intermission, racing resumed with a little under half an hour remaining.

Audi ace Rene Rast was the hard charger early on in proceedings, making the most of his attack mode to surge through from 12th to third.

Di Grassi soon made his way to the lead, passing Vergne and then Da Coast. Rast followed suit, quickly making it an Audi one-two.

Attack Mode continued to play its part, Venturi team-mates Mortara and Norman Nato making their way past the Audi duo to lead the way with 17 minutes remaining.

That made it a Venturi one-two and Audi three-four while the DS Techeetah pair of Vergen and Da Costa dropping to fifth and eighth respectively.

As one of the last to use his Attack Mode, Di Grassi made headway in the closing stages of the race to take the lead on Lap 27 as he demoted Mortara and Nato to second and third.

Nato soon found himself battling for the final place on the podium with Evans, ultimately ceding position to the Kiwi.

Despite his best efforts, Mortara couldn’t find a way back by Di Grassi for the lead and had to settle for second.

Championship leader Nyck De Vries suffered a puncture and failed to score points, dropping his advantage in the championship to just three points over Mortara.

First through to 14th remain in contention for the championship with Guenther the last of those on 66 points still in with a shot of the crown.

One race remains in the 2020/21 FIA Formula E World Championship at the Tempelhof Airport Street Circuit.