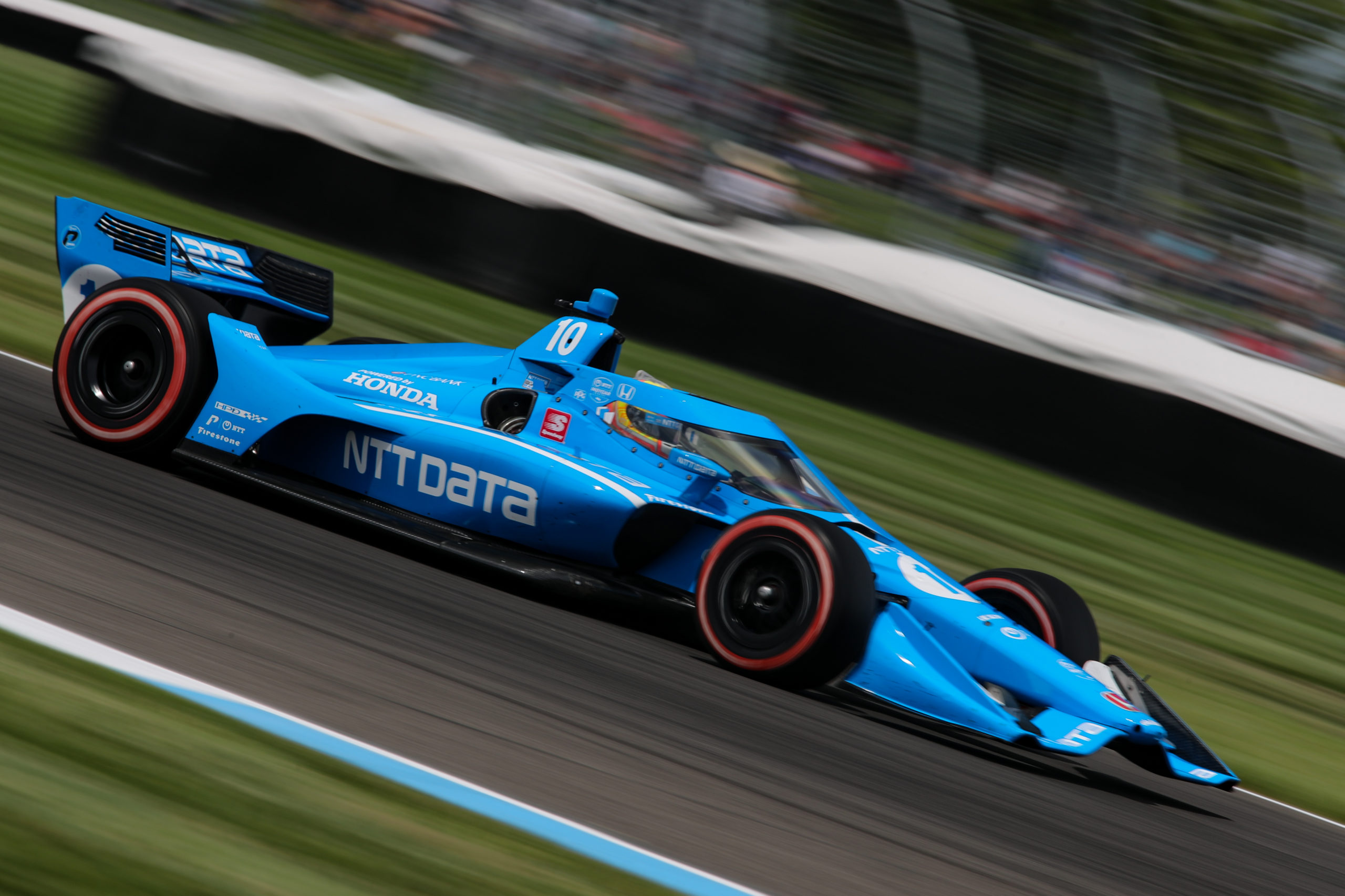 Despite that, the Chip Ganassi Racing driver carried on and remained in the hunt for a win late in the piece.

However, his race would come undone with 18 laps to go when smoke began to pour from the back of his car.

From fourth on the road, Palou pulled over on approach to the chicane and retired his car.

“We started having some issues with the mapping and we were not sure what was going on,” Palou explained.

“We kind of managed, I think, because we did 60 laps and it was fine. We were losing a bit of power but it was not too bad.

“We were trying to fight for that podium but then finally we couldn’t do anything else and then we had to stop. It’s a shame when we were running so good. We were there in P4.

“It’s just a bump on the road. We’ll continue and we’ll get those points.”

Even though the margin has come down, the 24-year-old is still happy to have a gap over his rivals.

“It looks good, right? We had the worst day and still, we’re still in front by 21 points,” said the Spaniard.

“I think we are in a good spot. We just need to keep doing that.

The IndyCar Series heads to Gateway for the Bommarito Automotive Group 500 next Sunday (AEST).