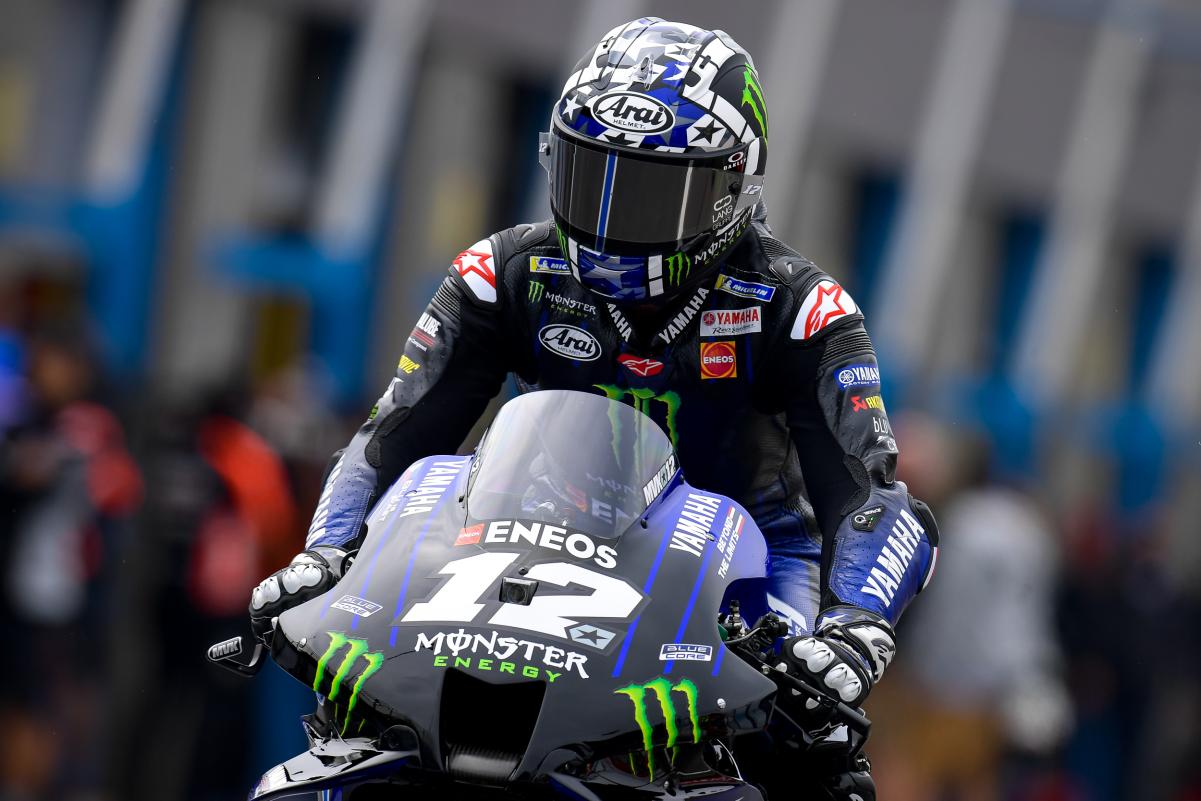 Maverick Viñales has apologised to Monster Energy Yamaha MotoGP after the team suspended him ahead of this weekend’s Austrian Grand Prix.

The Spaniard was withdrawn from Round 11 of the season for “unexplained irregular operation of the motorcycle” which Yamaha claimed had the potential to damage the engine in last weekend’s Michelin Grand Prix of Styria.

Viñales is nevertheless in attendance for the second straight weekend of racing at the Red Bull Ring, but had remained silent about the bombshell.

Now, on qualifying day, he has spoken about it on Italy’s Sky Sport, admitting that his frustrations got the better of him.

Notably, the nine-time MotoGP race winner did not deny that he had deliberately over-revved his M1’s engine, but in fact seemed to tacitly confirm that suspicion.

Yamaha had not explicitly stated what it believed its rider to have done, but the implication is quite apparent when its announcement is considered in conjunction with onboard footage from Viñales’ final lap of last weekend’s race.

“It was a very frustrating moment,” the 26-year-old told Sky Sport.

“The first race of the year was perfect, then I came back for the second half of the season with a lot of strength but everything went wrong.

“There was an explosion inside me that I didn’t channel the right way.

“I apologise to Yamaha, I didn’t ride in the right way in those laps.”

He added, “In the end, I have a very strong desire to win and I haven’t felt good for a long time.

“I tried, but this frustration pushed me to do this.

“But at no time did I want to put myself or anyone else at risk.

“I’m sad because the last few days that are difficult to manage, I still want to apologise to Yamaha, it wasn’t my intention to end up like this.”

Viñales was already set to leave Yamaha at the end of the current season, having been granted a release just before the summer break.

Aprilia is Viñales’ likely destination, but it could well be that he has already ridden his last race for the Iwata marque.

Asked if it was possible to fix the relationship with Yamaha, he said, “l don’t know.

“For the moment, I want to be calm, reflect and come back strong.

Viñales also thanked those who have supported him, including other riders in the paddock.

“I am sad, very sad, it is a very strange situation and it is difficult for me to be in it,” he admitted in his opening remarks.

”I am lucky to have people around who are holding me up.

“I’m sad for how it went, I felt so much frustration inside me after so many races that didn’t go as I thought they would.”

On his messages from other riders, he remarked, “In recent days, I have discovered that there are so many wonderful people in the paddock, so many riders with whom I did not have a great relationship are fantastic.

“I have received some really nice messages, I want to hang in there in this moment.”