Timesheet does not tell the story for 17th-fastest Miller

Timesheet does not tell the story for 17th-fastest Miller 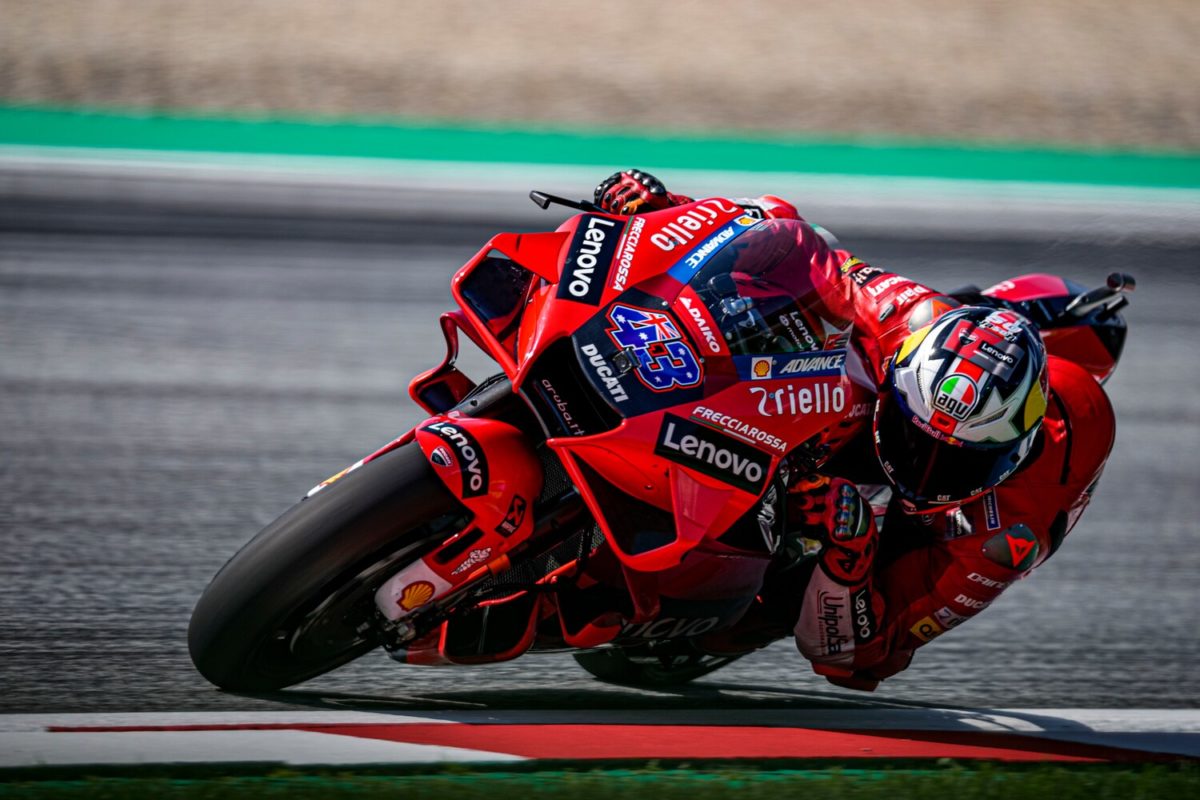 Jack Miller has described his first day at the Austrian MotoGP round as a positive one despite being 17th-fastest in practice.

The Queenslander clocked a personal best 1:24.528s in the opening session at the Red Bull Ring as fellow Ducati rider Johann Zarco (Pramac Racing) broke the all time lap record with a 1:22.827s.

Rain was falling at the start of the afternoon hit-out and thus no one improved on their earlier efforts, meaning Miller remained 1.701s off Zarco’s pace and 0.903s away from Suzuki’s Joan Mir, who was second-quickest.

The factory Ducati Lenovo Team pilot had been hoping to lift himself up the order in Free Practice 2 and remains confident about doing so in the next session.

He will need to gain seven positions if he is to secure direct passage to Qualifying 2 on Saturday afternoon (local time).

“Looking at the timesheet, it doesn’t seem to have been a positive day; actually, I’m pretty satisfied,” said Miller.

“This morning [FP1] we had some small issues, and I’ve been working on the idea that I could set my best time during the afternoon session.

“Unfortunately, the track conditions didn’t allow me that, so I will try to improve tomorrow morning in FP3.

“I’m confident because I know what we need to do to be fast, and in the wet this afternoon, we showed a good pace, so all in all, it was a good day.”

Tech3 KTM’s Iker Lecuona was fastest by more than three seconds in FP2, albeit only on a 1:27.520s set as the field started to switch to slicks in the closing stages.

Miller is fifth in the championship after failing to score in the last two races due to crashes.

FP3 at the Austrian Grand Prix starts this evening at 17:55 AEST, with FP4 at 21:30 and the two qualifying sessions shortly after.