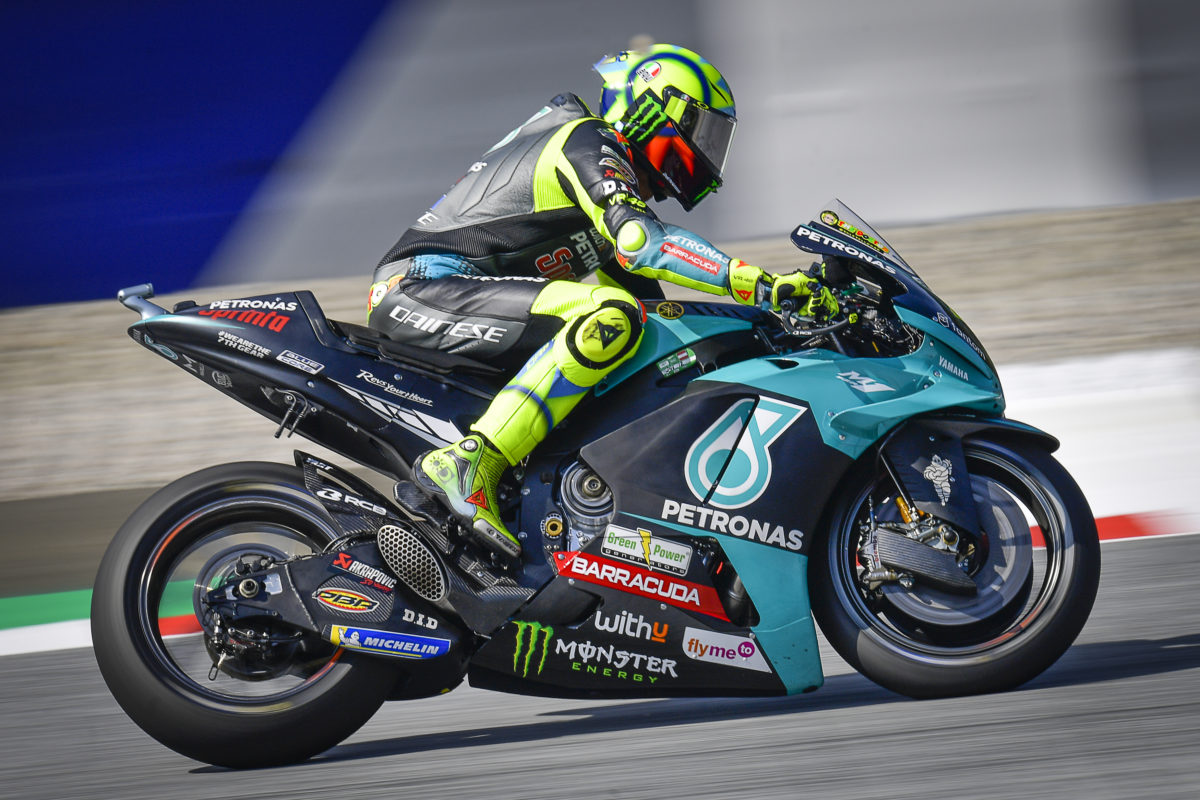 Petronas’ title sponsorship of the Sepang Racing Team will end at the conclusion of the 2021 MotoGP season, it has been announced.

The split is likely to have a major impact on the make-up of the fields in all three classes next year, with multiple reports from Europe speculating that SRT will drop its Moto2 and Moto3 programmes.

Furthermore, it would no longer be supplied any latest-specification motorcycles by Yamaha for its MotoGP effort, whereas it currently fields Valentino Rossi on factory-spec machinery and Franco Morbidelli on older ‘A-Spec’ bikes.

That is likely to be formally addressed at the next round of the season, at Silverstone, based on a line in the Sepang International Circuit’s (SIC) statement.

“Further to this development, the team is expected to make an announcement regarding its continuation in MotoGP from 2022 onwards under a new independent entity,” reads that statement, in part.

Notably, there is no reference to the junior classes, although the mention of “a new independent entity” points to the possibility of a decoupling of SRT from SIC, as do comments from the latter’s CEO.

“SIC wishes to thank Petronas for the unwavering support during the partnership and a remarkable journey together,” said SIC CEO Azhan Shafriman Hanif.

“We respect Petronas’ decision, and mutually agreed that this partnership has accomplished its purpose and objectives.

“We have enjoyed a meaningful partnership, with great achievements and memorable moments with the team.

“I believe this is not the end of our collaboration in motorsports as we continue our quest in nurturing Malaysia’s motorsports talents.”

“SIC is proud to have been involved in the formation and early development of the team that had surpassed expectations in its performance.

“We wish the team all the best in the next phase of its evolution under a new entity.”

Petronas’ Head of Strategic Communications, Datin Anita Azrina Abdul Aziz, said, “We entered into this partnership with SIC to showcase our R&D capabilities, and we are proud that Petronas Fluid Technology Solutions have been instrumental towards establishing the team’s status as a championship contender.

“Together, we have created some standout moments in the sport, serving as an indication that we have achieved what we set out to do and we feel it is the right time for us to conclude the partnership.

“On behalf of Petronas, we would like to express our gratitude to SIC for their commitment towards ensuring the success of the partnership.”

Petronas became the team’s title sponsor in Moto2 and Moto3 in 2018, expanding into MotoGP when SRT made its debut in the premier class in the following year.

It was then that it gave Fabio Quartararo his MotoGP debut, and the Frenchman is now leading the championship with Monster Energy Yamaha.

Quartararo is set to be joined by Morbidelli, with whom he shared the SRT garage for two years, in 2022.

That as yet unconfirmed move, combined with Rossi’s retirement, means the Malaysian-owned team is on the hunt for two new MotoGP riders.

Darryn Binder has been tipped for promotion from its endangered Moto3 squad into one of those seats, while Jake Dixon could fill one in a fortnight’s time at Silverstone.

Dixon’s switch from Moto2 to MotoGP for the British Grand Prix would plug a hole created ultimately by Maverick Viñales’ suspension from the factory team.

Theoretically, Viñales could be recalled before the season is out but, if he is not, test rider Cal Crutchlow could be moved from SRT, where he is currently filling in for the injured Morbidelli, to the factory team.

The Briton said after Friday practice at this weekend’s Austrian Grand Prix that he had not yet been spoken to about such an idea by Yamaha management.