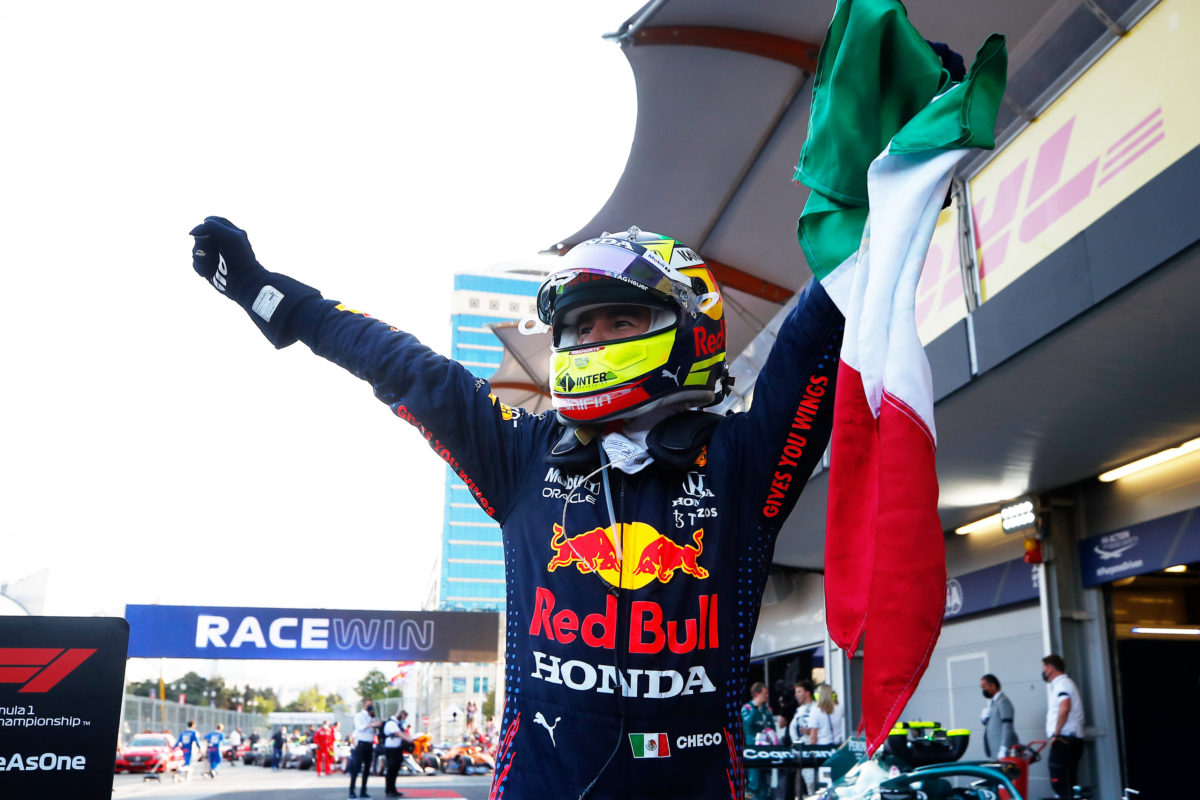 Sergio Perez had admitted he’s left conflicted after the opening half of the 2021 Formula 1 season.

He’s twice stood on the podium, as victor in Azerbaijan and third in France, in a season that has seen him some way off the pace of Max Verstappen.

His form looked to be improving before a mistake in Sprint Qualifying saw him throw the RB16B off the road and saw him start the race itself from the pit lane.

Two weeks later, he was one of the innocent victims of the first corner pile up, and looks set to take a grid penalty later in the season as a result of powerunit damage sustained in the incident.

“I think the overall picture I would have liked to be bigger, you know, in points, in wins, in podiums,” Perez said of the opening half of the season.

“But general terms I think I’ve grown up a lot with the team, which was a target in the first couple of races, in the first 10 races, to get to know each other and the car.

“I think, overall, results have been not great in one way but in the other I think the pace is better than it looks.”

Perez was hired to act as a rear gunner for Red Bull and Verstappen, offering a strategic variable towards the front of the race.

While it’s a role he’s been able to fill at times, it’s not something he’s managed to do consistently.

“If we’re able to find them, all of a sudden, our season can be transformed.

“I think in that perspective, it’s really good. We are a couple of points (eight) away from third in the championship

“So there are some positives to take, but it’s only 10 races into the season. I think the next 10 are more important.”