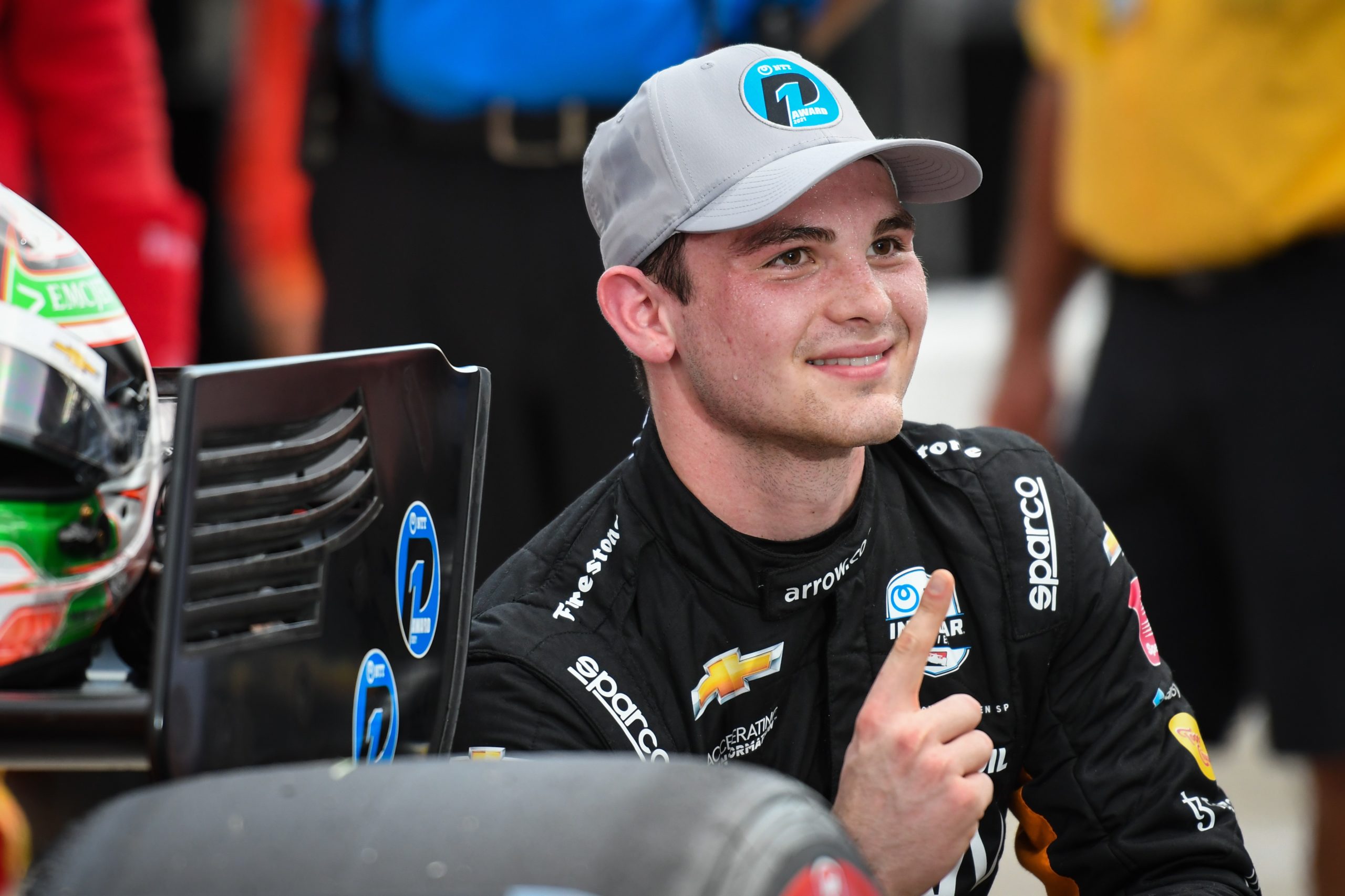 Pato O’Ward has edged out Will Power to pole position by a mere 0.0067s at the road course-configured Indianapolis Motor Speedway.

It marks the third occasion O’Ward will start from pole position after topping qualifying at the season-opener at Barber Motorsports Park and at the Belle Isle Street Circuit.

While O’Ward is yet to convert either of those into a win, the 22-year-old believes this weekend’s race will be a turning point in his title chase.

“I wanted to make sure that this was a turning point,” said O’Ward, who lies third in the standings.

“We’ve had a very tough last three races and we’re ready to get back into victory lane.

“This is the first step to that and tomorrow we have a job to finish and just continue it on man.

“It’s still five races to go. A lot can happen, but this is definitely on the right track.

“Thanks to our test in Portland we found a few things that I knew were going to help us here.

“I’ve never been so excited to race here around the Indy road course. Since Practice 1, I said, ‘man, we’re going to get some good points this weekend’.

Initially, it was Power (Team Penske) who topped proceedings in Group 1 on a 1:10.9988s followed by Jack Harvey (Meyer Shank Racing) who sat 0.1812s in arrears.

Rinus VeeKay’s session was punctuated by an off-track moment at the final corner before the timing line.

While the 20-year-old complained of a loose car, the Ed Carpenter Racing driver snuck through in the end, setting the fourth fastest time behind Andretti Autosport’s Colton Herta.

Dale Coyne Racing duo Romain Grosjean and Ed Jones set the pace initially in Group 2, though they were soon split by O’Ward.

A late flurry of action saw Josef Newgarden (Team Penske) go quickest only to be beaten by Grosjean and then Alexander Rossi (Andretti Autosport).

Chip Ganassi Racing duo Marcus Ericsson and Scott Dixon broke the top six but soon found themselves on the outside looking in.

Hustling to crack the top six, Dixon spun out of the final corner before the timing line and brought out the yellow flag.

That saw the six-time series winner stripped of his fastest time, dropping him from ninth to second-last.

Ericsson, who was sixth, was given a reprieve when Rosenqivst’s time that got him into the Fast 12 was disallowed having set it under yellow flag conditions.

While Newgarden’s time would put him 14th on the timesheets, a six-place grid penalty for an unapproved engine change will drop him to 20th.

Lundgaard set the pace in the Fast 12 on his first lap, clocking a 1:11.7329s followed by Power, VeeKay, Palou and Herta.

VeeKay eclipsed the benchmark on a 1:11.5901 while Daly climbed to fourth.

With one and a half minutes remaining the times began to tumble. First, it was Grosjean who shot to the top on a 1:11.5901s.

Lundgaard improved his marker too, going within 0.0690s of the leading Frenchman.

Rossi briefly jumped to the top but was bested by Palou.

Grosjean continued to improve too on a 1:10.7418s, going quickest once more with Lundgaard trailing him by just 0.0015s.

Power climbed up the order too, launching from eighth to second and falling just 0.0067s shy of the pole position time.

Grosjean was third with Lundgaard fourth, Herta fifth and Palou sixth. The Fast 12 was rounded out by Harvey, Daly, VeeKay, Rossi, Ericsson, and Pagenaud.