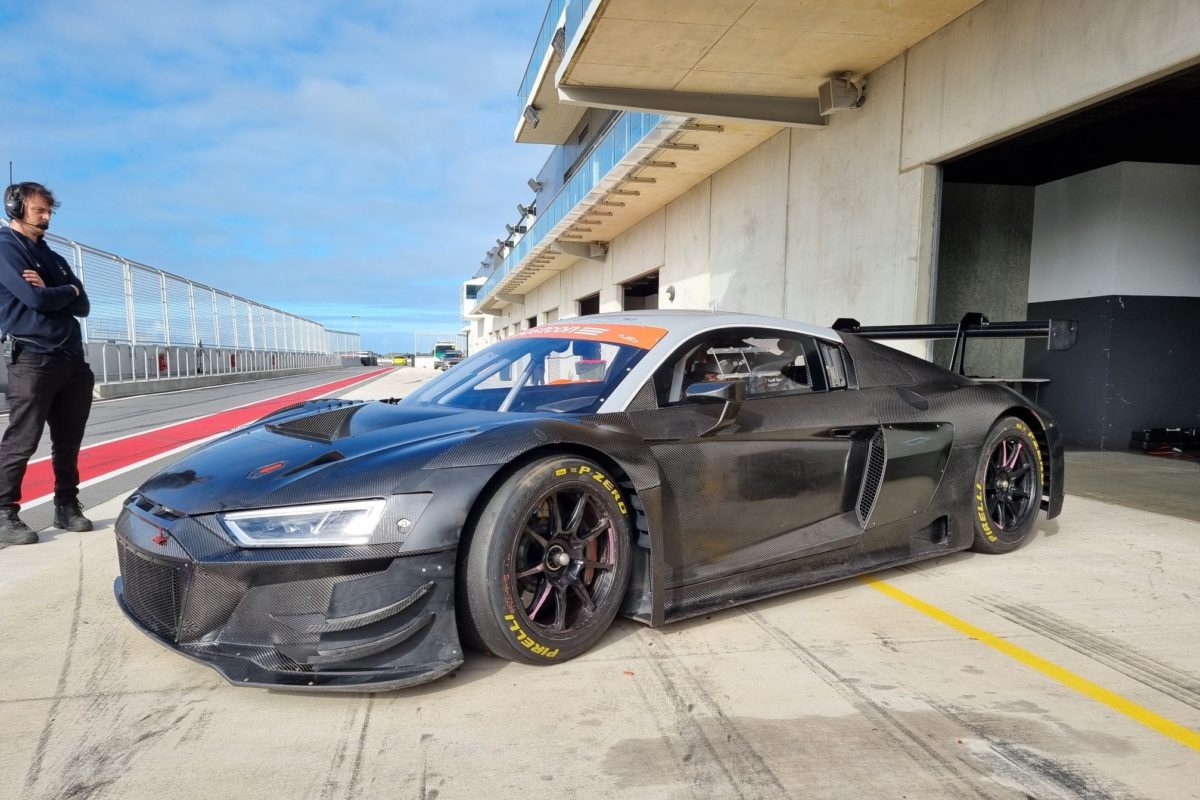 Rosser debuted in the most recent round of the championship, at The Bend in May, taking third in class in the opening race behind the wheel of an Audi R8 GT3 LMS Ultra.

He has now taken delivery of an Audi R8 GT3 LMS in preparation for the two Motorsport Australia Endurance Championship events which will close out the season at The Bend in October and November’s Supercheap Auto Bathurst International.

Rosser tested the new car at The Bend recently, with his campaign being overseen by S5000 Australian Drivers’ Championship-winning operation Team BRM.

“It was just about getting mark up to speed as he adapted from his older spec Audi to the newer version.

“From a technology point of view it’s a fair step forward, but Mark got down to where he wanted to be by the end of the day, which was good.”

Rosser is said to be pairing up with “a rising star” who is “competing in high-level sedan racing” in the endurance events, but will race his new Audi for the first time in the sprint round at Sandown next month.

“Mark’s really looking forward to the endurance rounds and those events are his main aim,” added Rundle.

“His main goal is to make sure he’s all prepared for that side of the campaign.

“At the next round, he’s definitely looking forward to try and run towards the front of his class, which I think he is more than capable of doing.”

On the quick progression from old Audi to new, Rundle explained, “We got the old car originally because he wanted a toe in the water experience.

“Mark’s come from Saloon Car racing 10 years ago and that’s realistically the extent of his racing so he didn’t want to jump too far in too quickly.

“The old car came up at the right time and it was at a reasonably good price. Mark decided to go down that road and make sure he liked it first, before committing to something that’s a lot financially.

“Mark enjoyed the racing that he did in the older spec Audi and this new one came up so he thought ‘Why not? Let’s jump on it.’

“It’s part of the progression where he was originally going anyway. At the end of the day, he loves the Audi product, the support from MPC [Melbourne Performance Centre] and Audi is fantastic, so when the new R8 became available it was a real no-brainer.”

According to Rundle, it took Rosser 10 laps to be setting comparable lap times to those in the older specification Audi.

“It’s significantly faster at the end of the day,” noted Rundle.

The Sandown round of GT World Challenge Australia is set to be held on September 17-19.