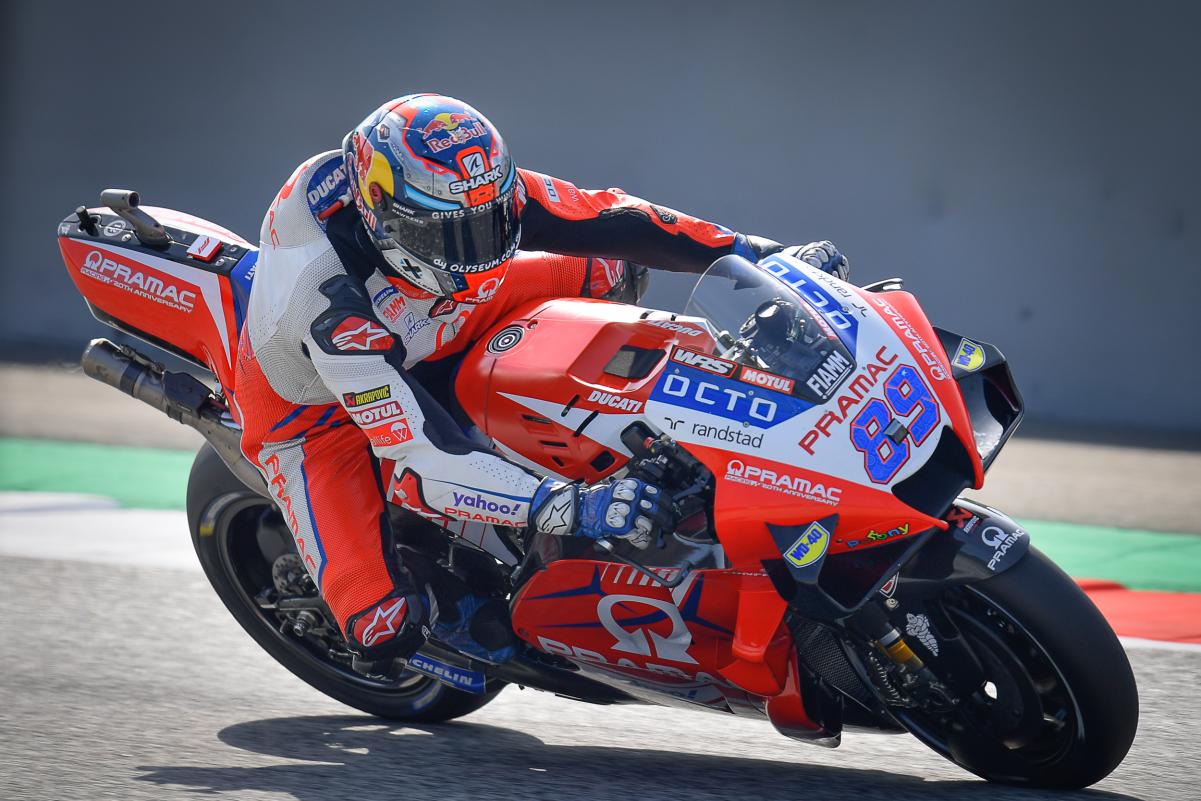 Jorge Martin has backed up his maiden MotoGP pole with another at the Red Bull Ring just a week later, in qualifying for the Austrian Grand Prix.

Martin had put his Pramac Ducati in first position on the grid for the Michelin Grand Prix of Styria, which he went on to win, and will start from the same spot in Round 11 of the season at the Spielberg circuit.

The Spanish rookie had a tumble at the end of Free Practice 4, was already going into Qualifying 1, and then also had to break the all time lap record if he was to deny championship leader Fabio Quartararo pole position.

Martin did just that, meaning Quartararo is set to start from second spot on his Monster Energy Yamaha, with the Ducati Lenovo Team’s Francesco Bagnaia also making the front row.

Practice pace-setter Johann Zarco (Pramac Ducati) set the fastest first flyer in clocking a 1:23.984s, but it was Quartararo soon on top with a 1:22.677s.

Joan Mir (Suzuki Ecstar) then went to third when he clocked a 1:23.378s, before Bagnaia, who lost multiple laps for track limits breaches on his first run, finally set a lap time when he broke the beam at a 1:23.218s.

The Italian consolidated third spot in setting a 1:23.063s just before the chequered flag, at which point Quartararo remained fastest.

However, both of Pramac Racing’s riders were on good pace and while Zarco missed the front row in setting a 1:23.120s, Martin came through to lay down a 1:22.643s and thus move from the middle of the front row to pole.

Alex Rins (Suzuki Ecstar) will start from 13th having come up just over a tenth shy of progression from Qualifying 1.

Rins had just consolidated second spot with a 1:23.470s when Oliveira knocked him out with a 1:23.365s just before the chequered flag, and #42 will be joined on Row 5 will by Alex Marquez (Castrol LCR Honda) and Enea Bastianini (Avintia Esponsorama Ducati).