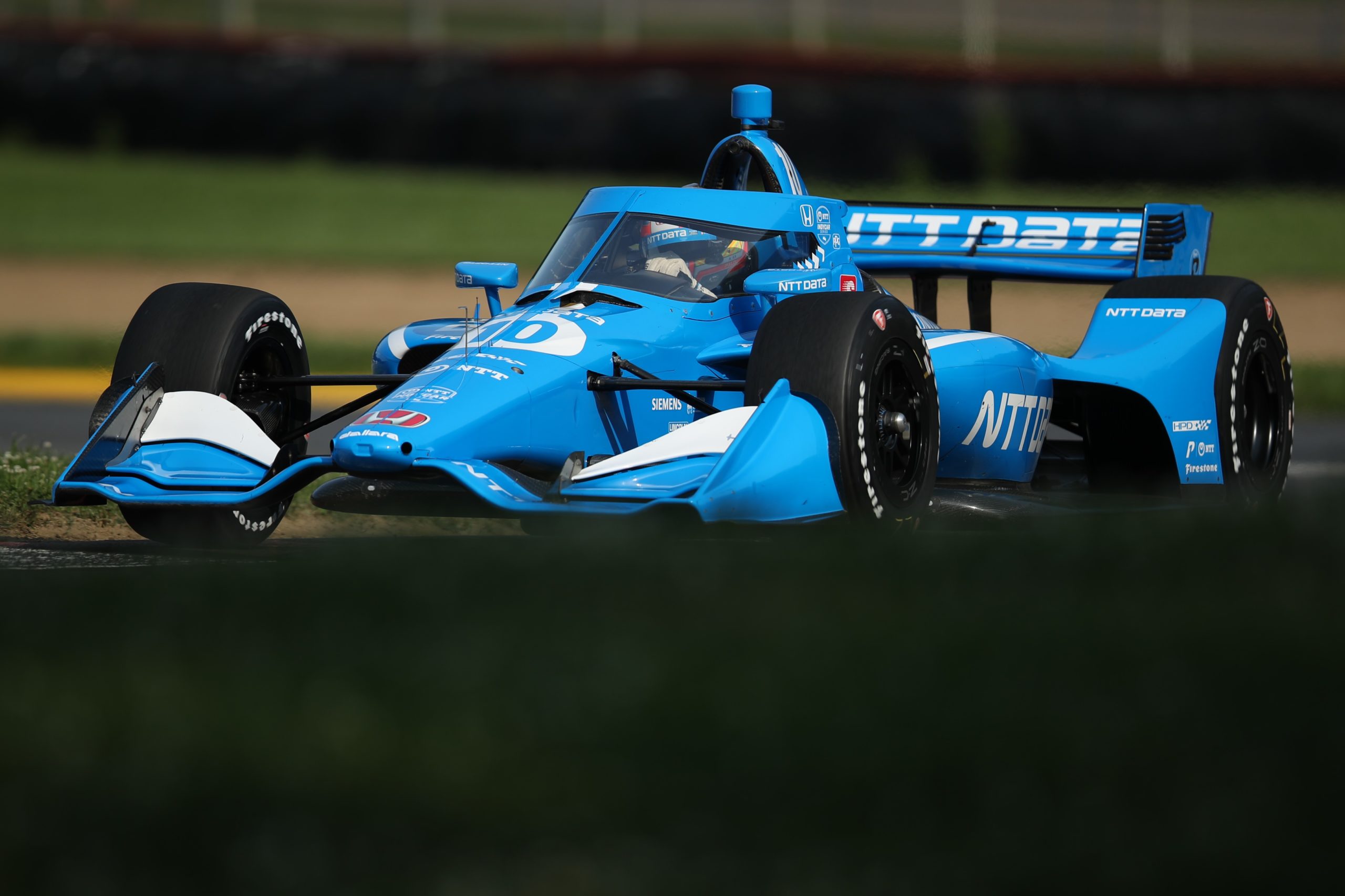 Racing on the Indianapolis Motor Speedway road course, the Spaniard clocked a session best 1:10.8839s on his 17th lap for Chip Ganassi Racing.

Less than one tenth of a second covered the top four with VeeKay (Ed Carpenter Racing) second, Pato O’Ward third for McLaren SP and 0.0428s off the pace, while outgoing Meyer Shank Racing driver Jack Harvey was fourth and only 0.0558s in arrears of the top time.

The Alpine Academy driver, who races for r ART Grand Prix in the FIA Formula 2 Championship, is making a one-off cameo in the series this weekend.

Andretti Autosport’s Ryan Hunter-Reay rounded out the top 10, ending the session four tenths off the pace.

New Zealand’s Scotts were 15th and 20th respectively, Dixon ending the session 0.6019s off his team-mate while McLaughlin was 0.8881s adrift of the lead.

Perhaps most surprising of all was Colton Herta, who finished the session down in 26th for Andretti Autosport.

Herta was the cause of a late red flag with seven minutes remaining in the session after an apparent clutch issue ground his car to a halt at pit exit.

The 21-year-old had been blisteringly quick in last weekend’s Music City Grand Prix but only completed 16 laps in practice at Indianapolis, his best time coming on his third lap.