Dixon to start 26th after spinning out of qualifying

Dixon to start 26th after spinning out of qualifying 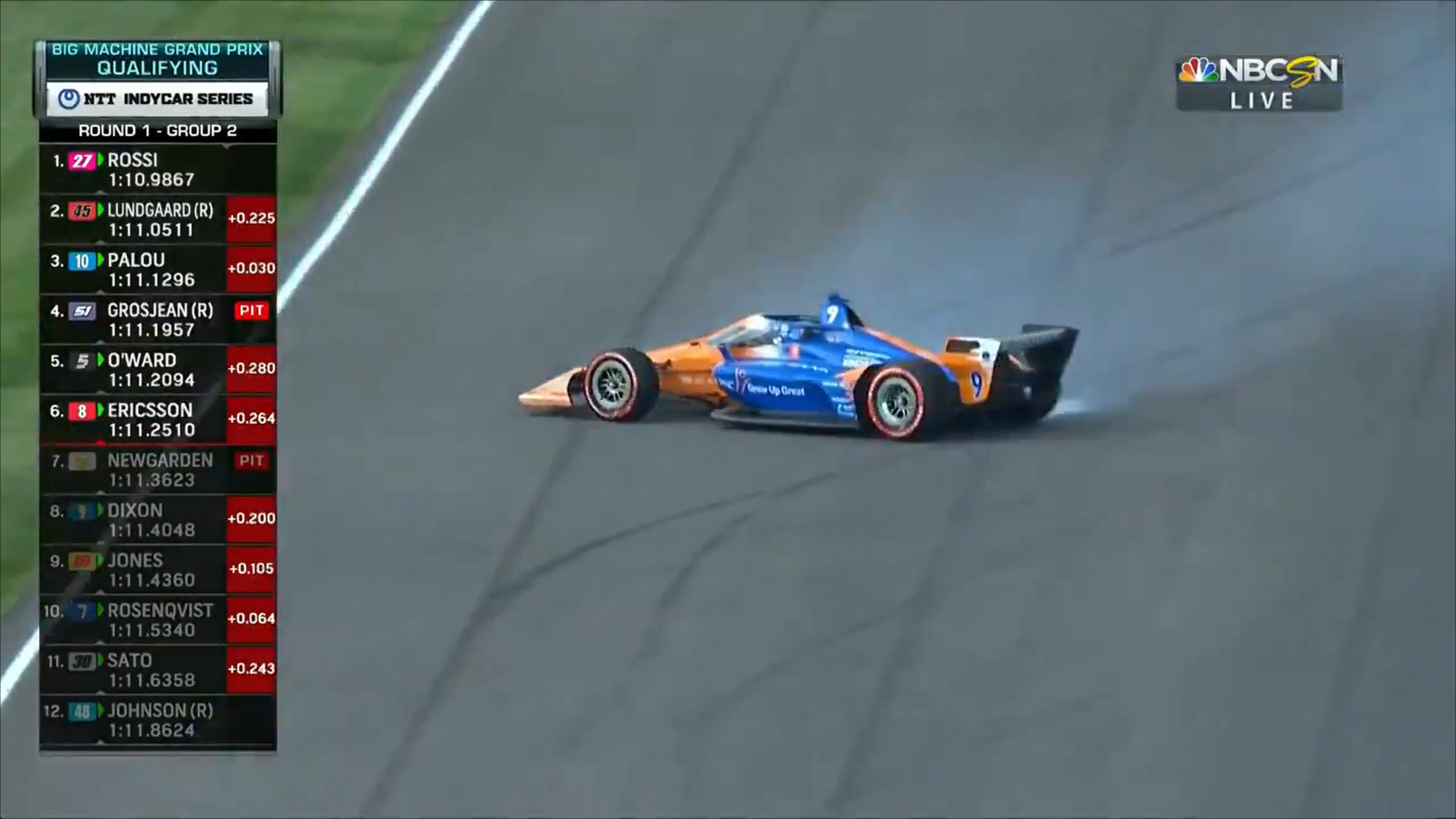 Scott Dixon spins out of the final corner before the timing line. Picture: NBC Sports

Chip Ganassi Racing’s Scott Dixon says he’s hoping a little bit of luck comes his way after spinning out of qualifying in Indianapolis.

The six-time series winner will start the Big Machine Spiked Coolers Grand Prix on the road course-configured Indianapolis Motor Speedway from 26th after being stripped of his best time.

The #9 pilot spun at the final corner before the timing line, drawing the yellow flag, resulting in the infringement.

Although Dixon wouldn’t have progressed to the Fast 12, the mistake meant he dropped from eighth in his group to 13th, relegating him to 26th once the second group qualified.

By contrast, team-mate and series leader Alex Palou was sixth fastest at the end of qualifying while Marcus Ericsson, who won last weekend’s inaugural Music City Grand Prix, was 11th.

“We definitely tried a couple of things from this morning,” Dixon told NBC Sports.

“It was hard, because at the end of the practice we didn’t get a proper run.

“It was enjoyable to drive but obviously not very fast and I think we got a penalty there too, losing our quickest lap, so going all the way to the back.

“It’s definitely going to make for an interesting race tomorrow.

“Definitely a tough day I think for us on our car, but we’ll see how that plays out. Maybe strategy will go tomorrow, we’ll see.”

From the rear of the field, Dixon is hopeful luck falls his way.

However, the 41-year-old is conscious that the expansive run-off areas mean Safety Car interventions are less likely.

Strategy, he said, will be the key to a solid result.

“Anything is possible,” he said.

“At these tracks a little less luck plays into it because it’s very unlikely for a caution or something like that to go just because of the run-offs and things like that.

“That’s what we’ve got to hope for is something happens, hopefully not on the first lap, but maybe 10 or 15 laps in and we can swing it some other way.

“Not a great start to the weekend.”