Crutchlow: No talks yet over replacing Viñales at Yamaha

Crutchlow: No talks yet over replacing Viñales at Yamaha 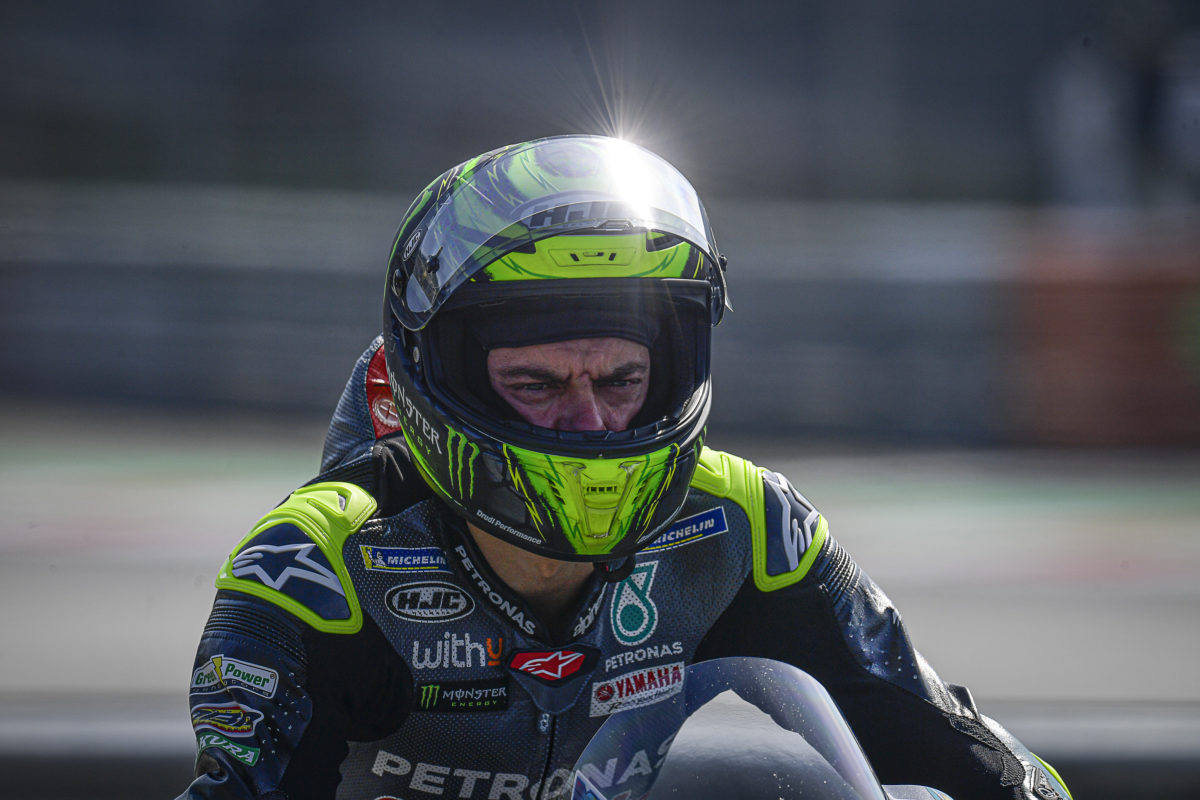 Cal Crutchlow says he has not yet spoken to Yamaha MotoGP management about the possibility of replacing the currently suspended Maverick Viñales.

With Viñales already set to leave Yamaha at season’s end after being granted a release from his contract, the latest developments make an even earlier split a distinct possibility.

The Spaniard was claimed by Yamaha to have ridden in last weekend’s Michelin Grand Prix of Styria in such a way which constituted “unexplained irregular operation of the motorcycle” and which had the potential to damage an engine.

MotoGP subsequently released onboard footage which backed up the Iwata marque’s statement, and speculation has now moved on to who will replace Viñales after this weekend’s Austrian Grand Prix.

Crutchlow, being the manufacturer’s test rider and currently filling in for Franco Morbidelli at SRT, is an obvious option.

However, there have been no talks with him about that yet, according to the Briton.

“No, it’s not true,” said Crutchlow about speculation he will take the Monster Energy Yamaha seat.

“That’s simply because you’ve been reading the media too much and the situation is I haven’t discussed it with Lin [Jarvis, Yamaha managing director] or Maio [Meregalli, team manager] at all. So, yeah, that’s your answer and that’s the truthful answer.

“Don’t believe what you read in the news, it’s not always true.

“But yes, of course, I’m a contracted Yamaha rider, I’m sure I’ll discuss some things with Lin and Maio in due course.

“I have a great relationship with both Lin and Maio and [Takahiro] Sumi [project leader, technical] at Yamaha, it’s going very well, I’m pleased with the way we’re working.

“[It’s] been a very difficult two weekends but I’m actually quite confident in the way that I’m riding and maybe if I did have to do some more, then I will be more up to speed.”

Crutchlow is apparently under no obligation to race as part of his contract with Yamaha.

“I have a replacement thing in my contract but I don’t have to do it,” he explained a week earlier before the Michelin Grand Prix of Styria, his first round since retiring from full-time racing.

The 35-year-old pointed to a number of questions which would need to be addressed before he might commit to seeing out the 2021 campaign as a racer again.

On whether competing would be a better way to go about testing, he replied, “I don’t know. It’s something that’s not been put to me, so there’s no point thinking about it.

“In my eyes it’s not possible to do both, because of the schedule that I have for the rest of the year testing is not hectic or busy, but you can’t do the races and the tests that you want to do in my eyes.

“But like I said, I haven’t spoken to them about it and we don’t know when… I was supposed to test the ’22 bike, so all these things at the moment, everything, even the tests… I know I’m testing, but what am I testing?

“But I don’t know all the options available; I will discuss it in due course.”

Crutchlow, riding the older, ‘A-Spec’ M1, was slowest of the 20 riders entered this weekend in Friday practice at the Red Bull Ring.

Pramac Racing’s Johann Zarco broke the all time lap record on his Ducati in the only fully dry session while Tech3 KTM’s Iker Lecuona topped Free Practice 2 having bolted on slicks at the end.

Viñales, wearing his Monster Energy Yamaha apparel, was a spectator at Turn 3 during the opening session, and stated on social media that he will “explain the details of what happened as soon as I can”.

He has been linked to a switch to Aprilia and was adamant last weekend that he will be on a bike in 2022.