Suspended Viñales promises to explain ‘as soon as I can’

Suspended Viñales promises to explain ‘as soon as I can’ 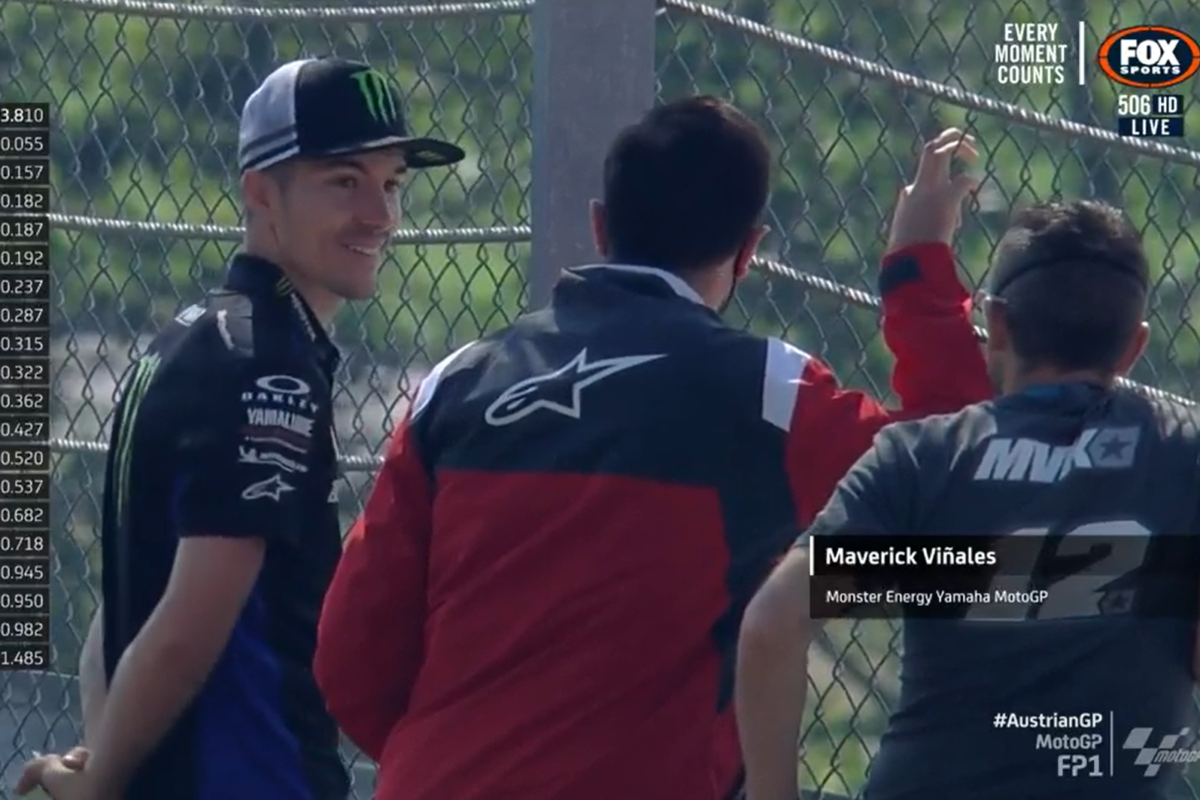 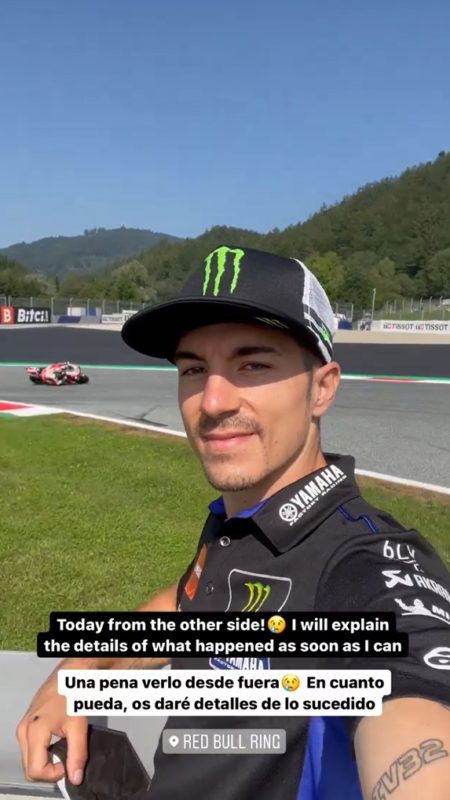 Maverick Viñales has taken to social media while spectating at the Red Bull Ring following the decision by his own factory Yamaha MotoGP team to suspend him.

Viñales was spotted on the television world feed watching Free Practice 1 for the Austrian Grand Prix through a fence at Turn 3, while wearing his Monster Energy Yamaha apparel, with two others.

The Spaniard posted a brief message on his Instagram story from his vantage point, “Today from the other side! [Crying face]

“I will explain the details of what happened as soon as I can.”

Viñales’ sensational withdrawal from the Austrian MotoGP was announced by the factory Yamaha team on the morning prior to the commencement of track activity.

The team cited “unexplained irregular operation of the motorcycle” during last Sunday’s Michelin Grand Prix of Styria at the Red Bull Ring which it claimed had the potential to damage an engine, reasoning which onboard footage appears to support.

The nine-time grand prix winner had already been on his way out after being granted an early release from his contract, with Aprilia rumoured to be his destination for 2022.

Current team-mate Fabio Quartararo said he was “not really surprised” by the suspension, but was surprised at how quickly the relationship between the two parties had deteriorated.

Team/manufacturer management has not commented on the matter beyond the initial statement.

Pramac Racing’s Johann Zarco topped FP1 with an all time lap record 1:22.827s on his Ducati, putting him almost eight tenths of a second clear of the reduced, 20-rider field.