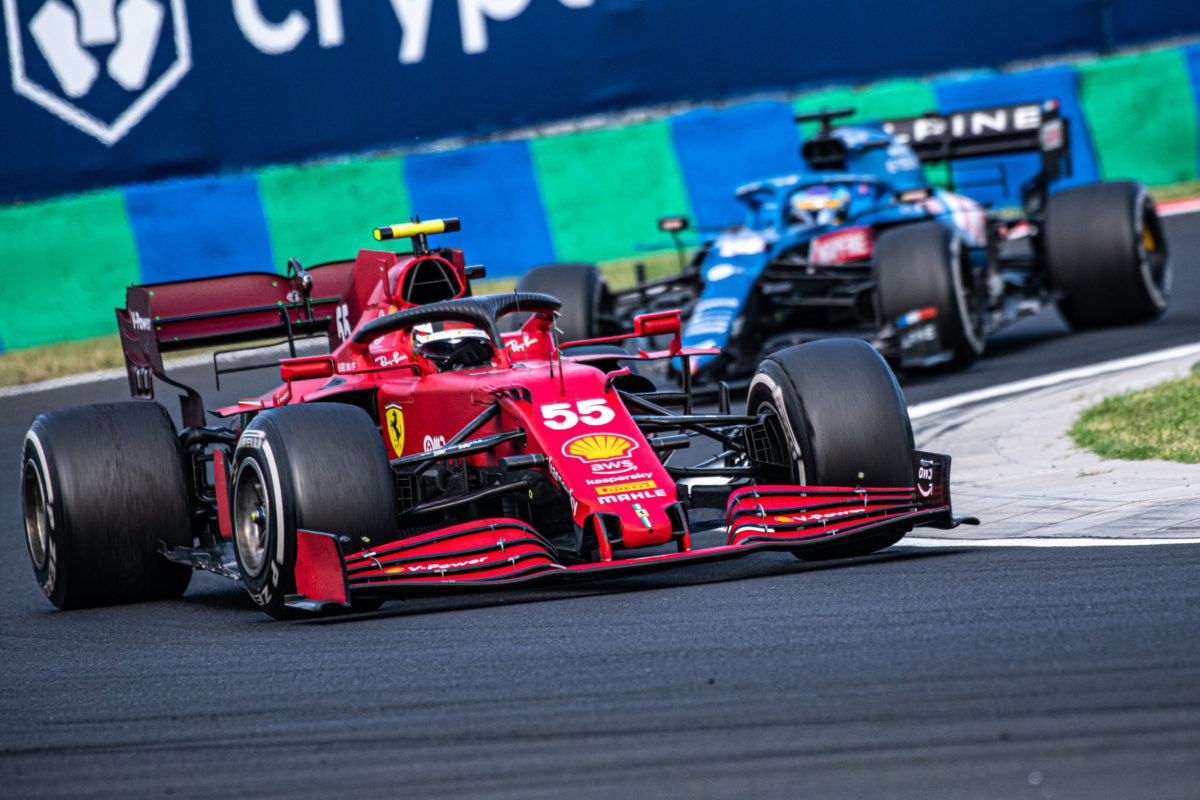 Carlos Sainz is proud of the way he performed for Ferrari during the first half of the 2021 Formula 1 season.

The Spaniard netted two podiums from the opening 11 races of the year, including a second place on the streets of Monaco.

He’s proved all but a match for Ferrari’s established star, Charles Leclerc, with the pair split by just three points in the drivers’ championship (with Sainz ahead).

“I’m quite happy, quite positive about this first half,” Sainz reflected.

“Obviously, it was quite a big challenge when I started being in a new team, and a team like Ferrari.

“I was going in with confidence, but you don’t know really how it’s going to turn out.

The 26-year-old opened his account in Bahrain with an eighth-place finish, improving to fifth in tricky conditions at the Emilia Romagna Grand Prix.

In Portugal he struggled, as he did again in France (where neither he nor Leclerc could break the top 10) but those moments have been interspersed with high points.

Second in Monaco was tinged with frustration after he felt he lost his best lap in qualifying when his team-mate crashed in the final seconds.

At the British Grand Prix, he enjoyed a faster car than his sixth place suggests, but encountered a resilient Daniel Ricciardo in the final third of the race.

His pride is therefore justified, offering arguably the greatest return on investment of the drivers who switched camp from last year.

“The speed has been there since race one, which was immediately made me a lot more relaxed,” Sainz explained.

“I knew I was very fast straight away with this car, and I could just improve in the other things, you know, which is just getting the whole weekend together.

“I feel like first few races, it was very difficult to put the weekend together,” he added.

“There was a lot of speed, but very rarely I could put the whole qualifying, race strategy, tyre management, starts, and score a very good result, thanks to it.

“But I feel like recently that has got a lot better.

“As soon as I start putting weekends together, then I think I’m going to start being a lot more consistent and not only fast.”