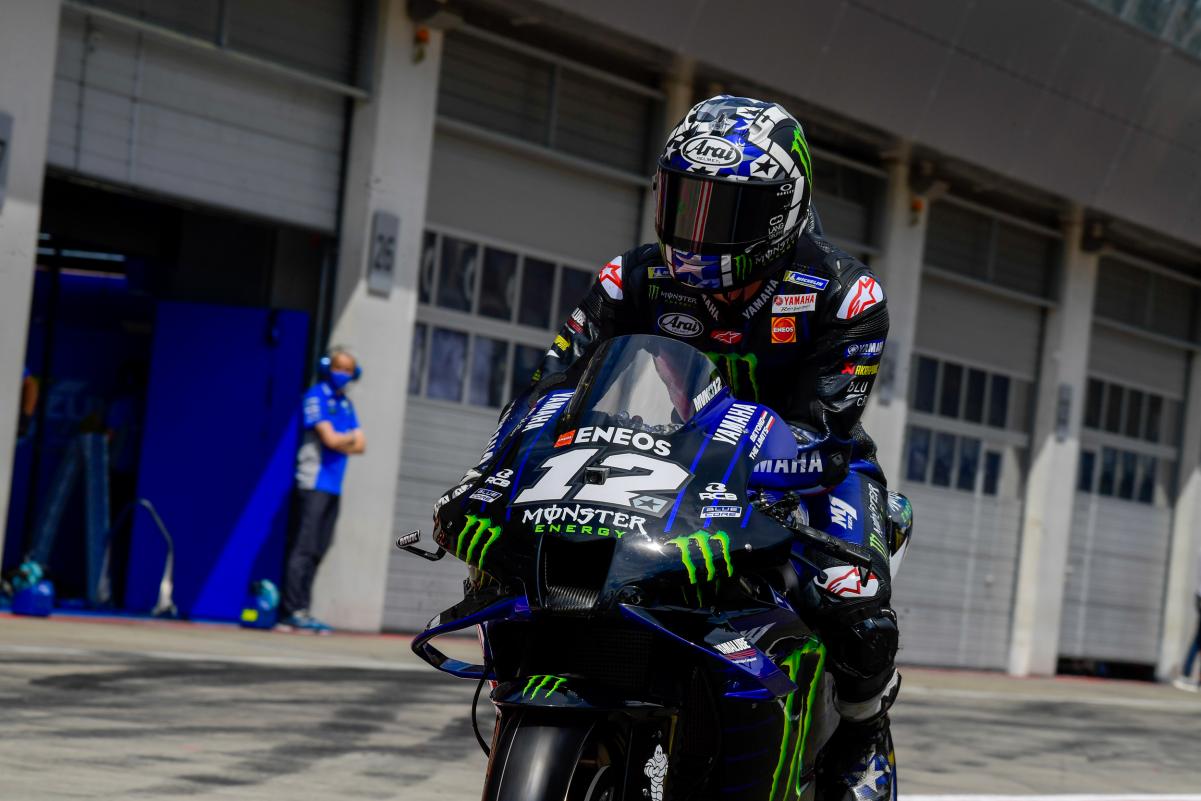 Maverick Viñales will not ride in this weekend’s Austrian MotoGP after being suspended by Yamaha for “unexplained irregular operation of the motorcycle”.

Viñales’ entry has been withdrawn and he will not be replaced at the second of two rounds at the Red Bull Ring.

There is also no certainty as to when the Spaniard, who is leaving the squad at the end of the year after being granted a contract termination, will return.

According to Monster Energy Yamaha’s statement, his riding in last weekend’s race at the Spielberg circuit “could have potentially caused significant damage to the engine of his YZR-M1 bike.”

Furthermore, that “could have caused serious risks to the rider himself and possibly posed a danger to all other riders in the MotoGP race.”

The specifics of the behaviour have not been disclosed, although Yamaha claims to have come to the decision after studying telemetry and data since last Sunday.

“Yamaha regrets to announce that Maverick Viñales‘ entry to this weekend‘s Austrian MotoGP event has been withdrawn by the Monster Energy Yamaha MotoGP team,” read the statement.

“The absence follows the suspension of the rider by Yamaha due to the unexplained irregular operation of the motorcycle by the rider during last weekend‘s Styria MotoGP race.

“Yamaha‘s decision follows an in-depth analysis of telemetry and data over the last days.

“Yamaha‘s conclusion is that the rider‘s actions could have potentially caused significant damage to the engine of his YZR-M1 bike which could have caused serious risks to the rider himself and possibly posed a danger to all other riders in the MotoGP race.

“The rider will not be replaced at the Austrian GP.

“Decisions regarding the future races will be taken after a more detailed analysis of the situation and further discussions between Yamaha and the rider.”

Viñales got home in 19th, last of the finishers, in the Michelin Grand Prix of Styria.

He had been competitive before the red flag but stalled when the sighting lap got underway before the restart and had to start from pit lane.

The nine-time MotoGP race winner was blunt in his criticism of Yamaha after the race, saying he had “no confidence” in what he perceived to be a wildly inconsistent package, and suggesting a clutch issue which caused the stall.

Notably, in separate comments, he also said that his dashboard kept showing a ‘pit lane’ message, which was apparently a mistake but did explain why he finished the race through the pit lane.

However, he also reported an apparent engine issue, similar to that which he experienced in qualifying the day prior.

“I had a few problems on the bike,” said Viñales, post-race.

“I don’t know why, but nearly all the laps I had ‘pit lane’ [showing on the dashboard].

“[Then], the same thing happened as in the qualifying. I don’t know why but when I opened the gas, the bike was making failing, like ‘boh-boh-boh-boh’ [engine stuttering sounds].

“Also it was very strange, because I didn’t receive the track limits warning or long lap [penalty message on the dash]. I did it [took a long lap] because I saw it on the main straight [pit board]. If not, I wouldn’t do it.

“Maybe when I saw ‘pit lane’ it was actually track limits. I don’t know. But on my dashboard all the time was ‘pit lane’, ‘pit lane’. Every lap.

“That’s why at the end I stopped. Because I don’t know, maybe I am losing oil or something.”