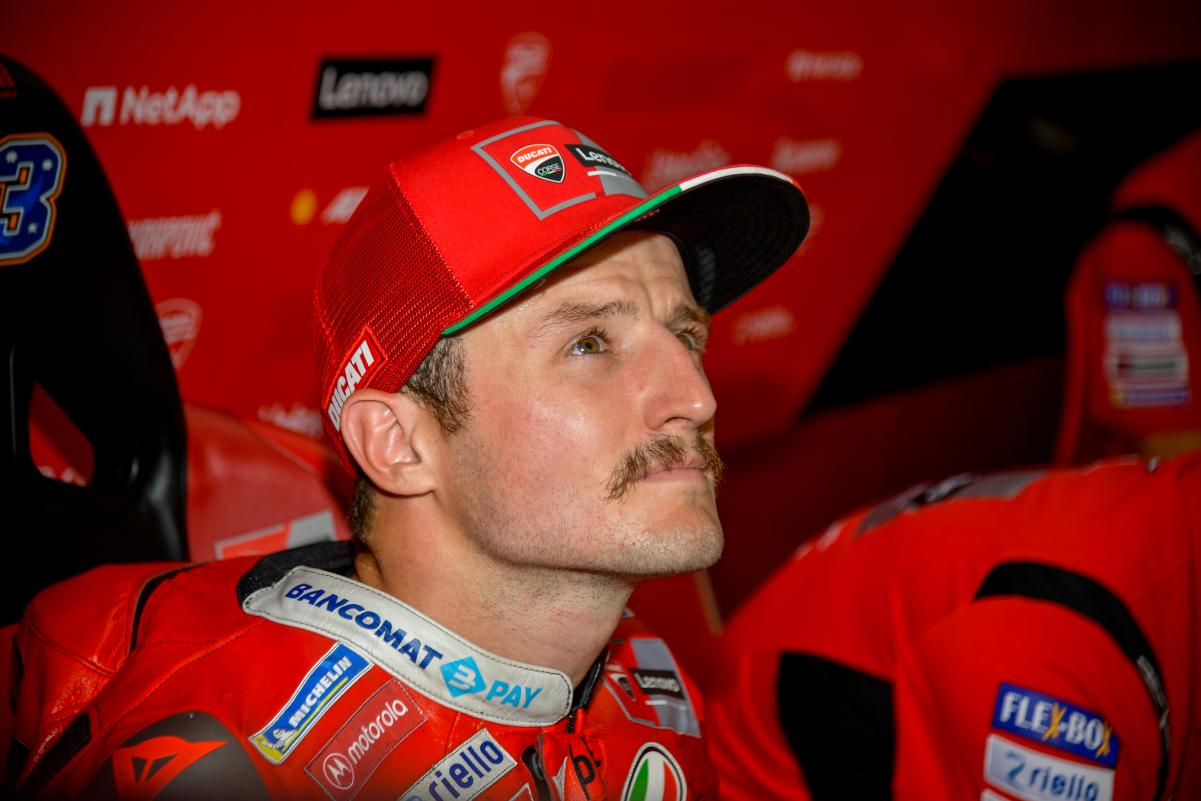 Jack Miller is seeking redemption in MotoGP’s Austrian Grand Prix after crashing out of the Michelin Grand Prix of Styria while vying for a podium.

Miller lost the front of his Ducati inside 10 laps from home as he tried to follow third-placed Fabio Quartararo through the Red Bull Ring’s Turn 7, making for a second straight DNF.

He admitted to being “pretty dirty” on himself having thought the podium was his to lose, on a track which suits the Bologna bullets.

The Queenslander gets another crack at the Red Bull Ring this weekend.

“It will be a chance for me to redeem myself after the crash I had here last Sunday,” said Miller.

“The podium was really within my reach: the team did a great job, and I felt really good on the bike, and when I crashed, I didn’t feel like I was asking too much from the front, although that was probably the case.

“These days, the team could analyse the data to understand what happened, and it will be an important reference to prepare in the best way for the Austrian GP.

“My goal is to finish this weekend on a high with a good result.”

While Pramac Racing rookie Jorge Martin won the Styrian Grand Prix onboard a Desmosedici, it was a poor afternoon also for the other factory Ducati rider in Francesco Bagnaia.

The Italian was leading when a red flag was called due to a fiery crash, and plummeted down the order after the restart.

Bagnaia was classified 11th, having taken the chequered flag in ninth before having three seconds added to his race time due to failure to comply with a long lap penalty which he claimed he was never notified about.

He too is hoping for better things from the second round at the Red Bull Ring.

“Last week at the Red Bull Ring, we had a great opportunity, and I hope we can have another one this Sunday,” said Bagnaia.

“In the first start, before the red flag, I had a really good feeling with the bike, and I felt I could fight for the win, but then I didn’t find the same conditions in Race 2.

“Now we have a good base from which to set the work of this weekend, and certainly, the experience of last Sunday will come in handy.

“The weather will once again be the real unknown factor, but we’ll try to be ready to face the race in any condition.

Long lap penalties are communicated primarily via the motorcycle’s dashboard and, coincidentally, updates to that system are coming this weekend.

Among the new messages are one which notifies riders that they must address an issue with their equipment, after Fabio Quartararo finished the Catalan Grand Prix with his leathers open.

Quartararo now leads the championship by a sizeable 40 points, while Bagnaia is fourth and Miller fifth.

Practice for the Austrian MotoGP round starts on Friday evening (AEST).