Under pressure IndyCar Series driver James Hinchcliffe is looking to deliver a strong end to the season after finally notching a result to write home about.

The six-time IndyCar race winner endured a torrid first half of the 2021 campaign, failing to finish a race higher than 14th until snaring a podium amid the mayhem that broke loose in Nashville last weekend.

Having for the most part been a regular on the grid for the past decade, Hinchcliffe is known to be on the chopping block alongside Ryan Hunter-Reay as Andretti Autosport overhauls its roster (team-mates Colton Herta and Alexander Rossi are under contract).

That leaves Hinchcliffe in need of results to push his case for 2022, wherever that may be.

Nashville marked the first of three successive weeks of racing for IndyCar, with the Indianapolis Motor Speedway road course hosting this weekend’s action on Saturday (Sunday AEST) as part of a shared bill with NASCAR.

“As the saying goes, you’re only as good as your last race,” said the Canadian.

“We’ve been finding some pace in qualifying the last couple events.

“In Mid-Ohio we got caught up in the Turn 1 deal; [it] sort of kills your day.

That last comment was in reference to an early-race Nashville pile-up where contact between Team Penske drivers Will Power and Simon Pagenaud led to the track being blocked, with Hinchcliffe among those delayed.

“I mean, honestly what saved us is going red [flag conditions],” Hinchcliffe noted. 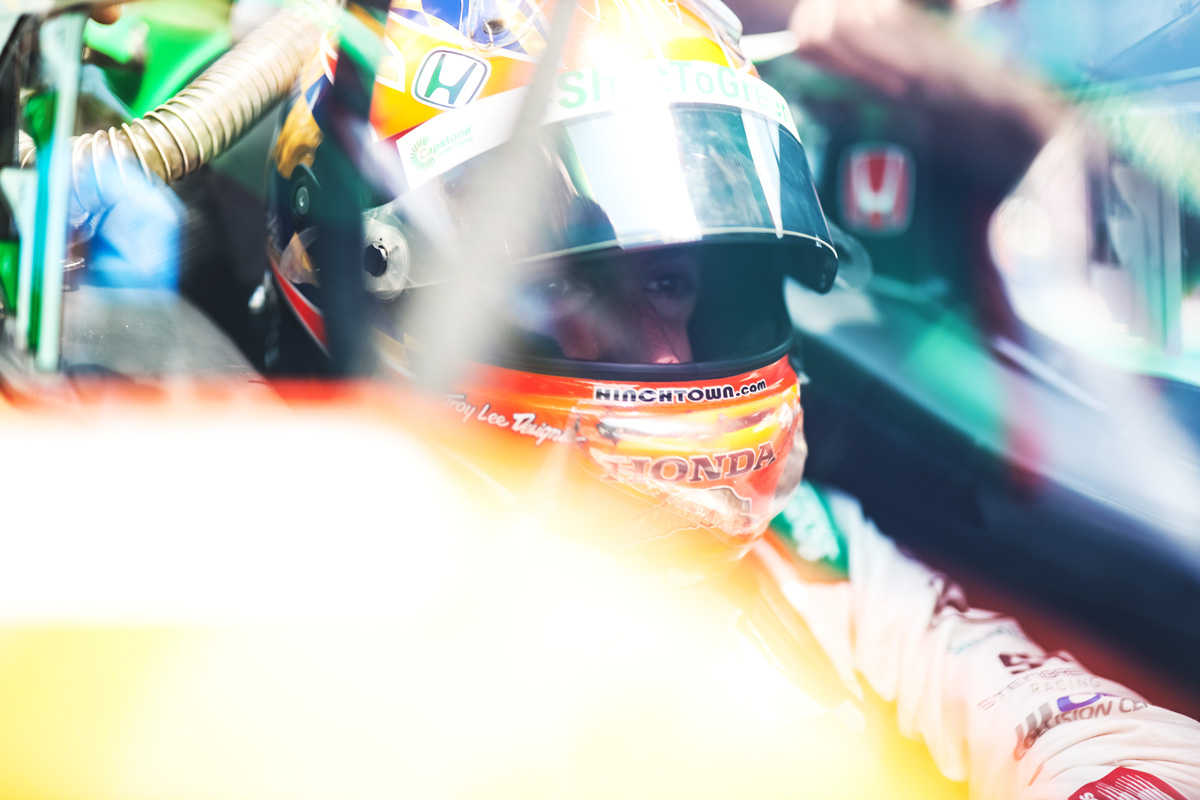 “As much as we hate that happening, I thought they were going to drive the field through pit lane until we cleared up the traffic jam… we were going to be three, four laps down and kind of out of it.

“Credit to IndyCar for not eliminating all eight of us, whatever it was, that were stuck back there. We had no damage. We avoided all the carnage. The traffic just blocked.”

Andretti had actually been on-track for top results from all four of its squad before Rossi was collected by Pato O’Ward and pole-sitter Herta crashed out chasing leader Marcus Ericsson.

Hunter-Reay hung in to finish right behind Hinchcliffe in fourth, also representing easily his best placing of the season.

Hinchcliffe now is confident of keeping his newfound momentum going into Indianapolis and beyond.

“I think the team is doing a great job, I think we’re really gelling at the moment,” he said.

“We’ve had a few good ones in a row. We got a couple tracks coming up that we really enjoy.

“Hopefully this is some momentum that we can carry through the last five races of the year.”

Meanwhile, reports have emerged out of the US that Pagenaud could shift to Meyer Shank Racing next year.

MSR has confirmed it will expand to two cars in 2022, signing four-time Indianapolis 500 winner Helio Castroneves while incumbent Jack Harvey will move on at season’s end.

Pagenaud’s exit would most likely see Team Penske return to a three-car model, having added an entry this year to accommodate the signing of Supercars star Scott McLaughlin.

The powerhouse outfit is gearing up for a collaboration with Porsche, branded Porsche Penske Motorsport, in the IMSA WeatherTech SportsCar Championship and FIA World Endurance Championship from 2023.