Nashville winner left laughing having been ‘up in the sky’

Nashville winner left laughing having been ‘up in the sky’ 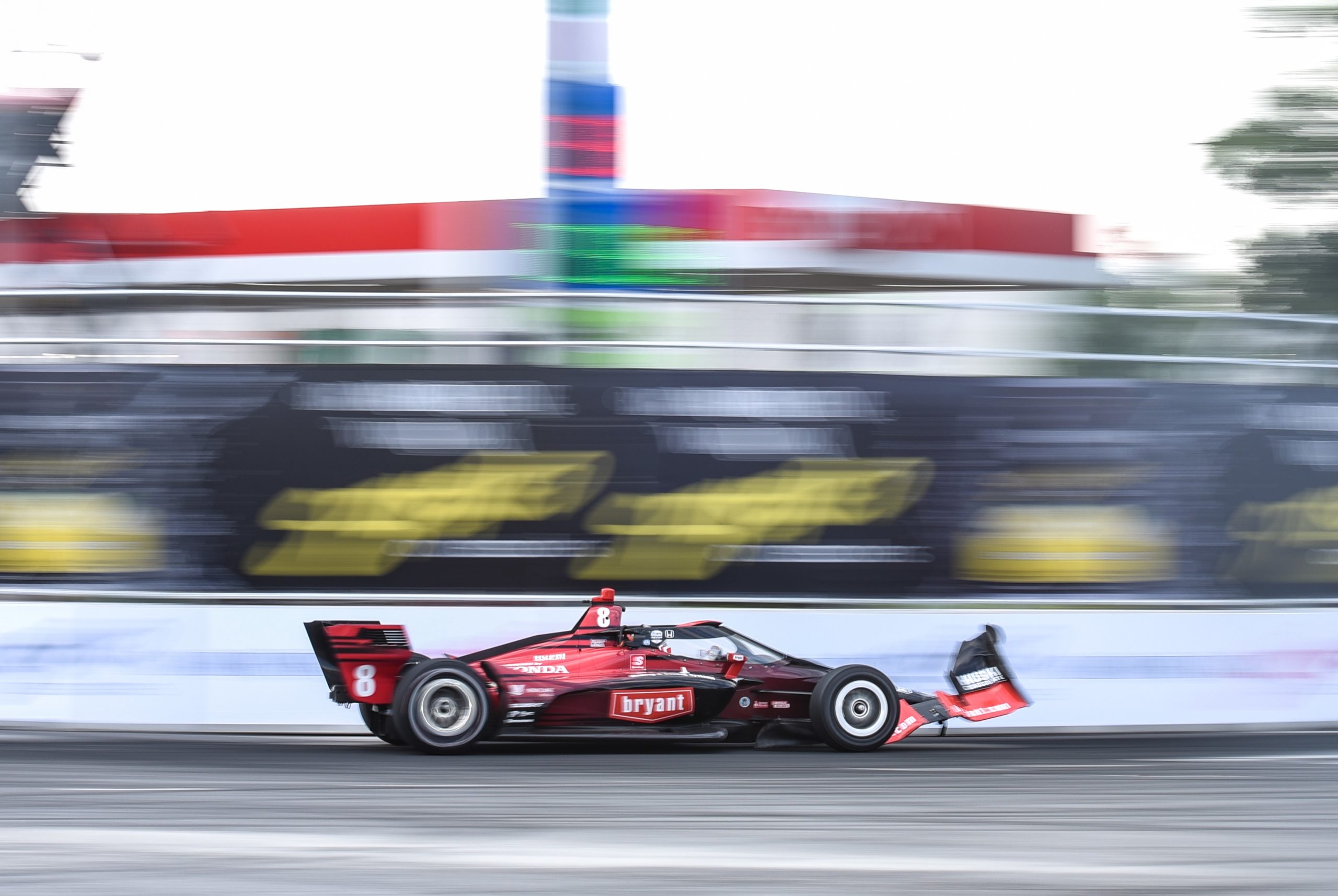 Marcus Ericsson was left in disbelief having won the Music City Grand Prix just hours after his car was pointing skyward.

The Chip Ganassi Racing pilot was involved in a spectacular incident on the Lap 4 restart that saw the #8 launch over the back of AJ Foyt Enterprises driver Sebastien Bourdais.

The contact took the #14 out of the race, though Ericsson was able to continue, albeit, having to serve a stop-and-go penalty for the collision.

Despite the penalty, Ericsson fought his way through the pack, escaping further carnage in what was a chaotic race riddled with yellow flag periods.

Clever strategy would help the Swede find the lead, from where he would fend off a sustained attack from Andretti Autosport’s Colton Herta.

Ericsson eventually led home team-mate Scott Dixon, scoring his second win of the season after his maiden IndyCar Series victory on the streets of Detroit in June.

“I’m trying to figure out how I won the race after being up in the sky, thinking my race was over,” Ericsson chuckled.

“Yeah, I can’t believe it. Got some good airtime. I thought my race over there. Then we had to repair the car. I got a stop-and-go. We were dead last.

“It was all about trying to recover. I think the car got some damage, as well, from that flight. There was definitely some damage [to] the car.

“I thought I would try and recover as many positions as possible and have a solid, what, top 15 was sort of my game plan after that incident.

“The team did a great job with the strategy. Pit stops were great. There were so many incidents. For sure there was a little luck there, as well, no doubt about that. But we delivered when we had to.” 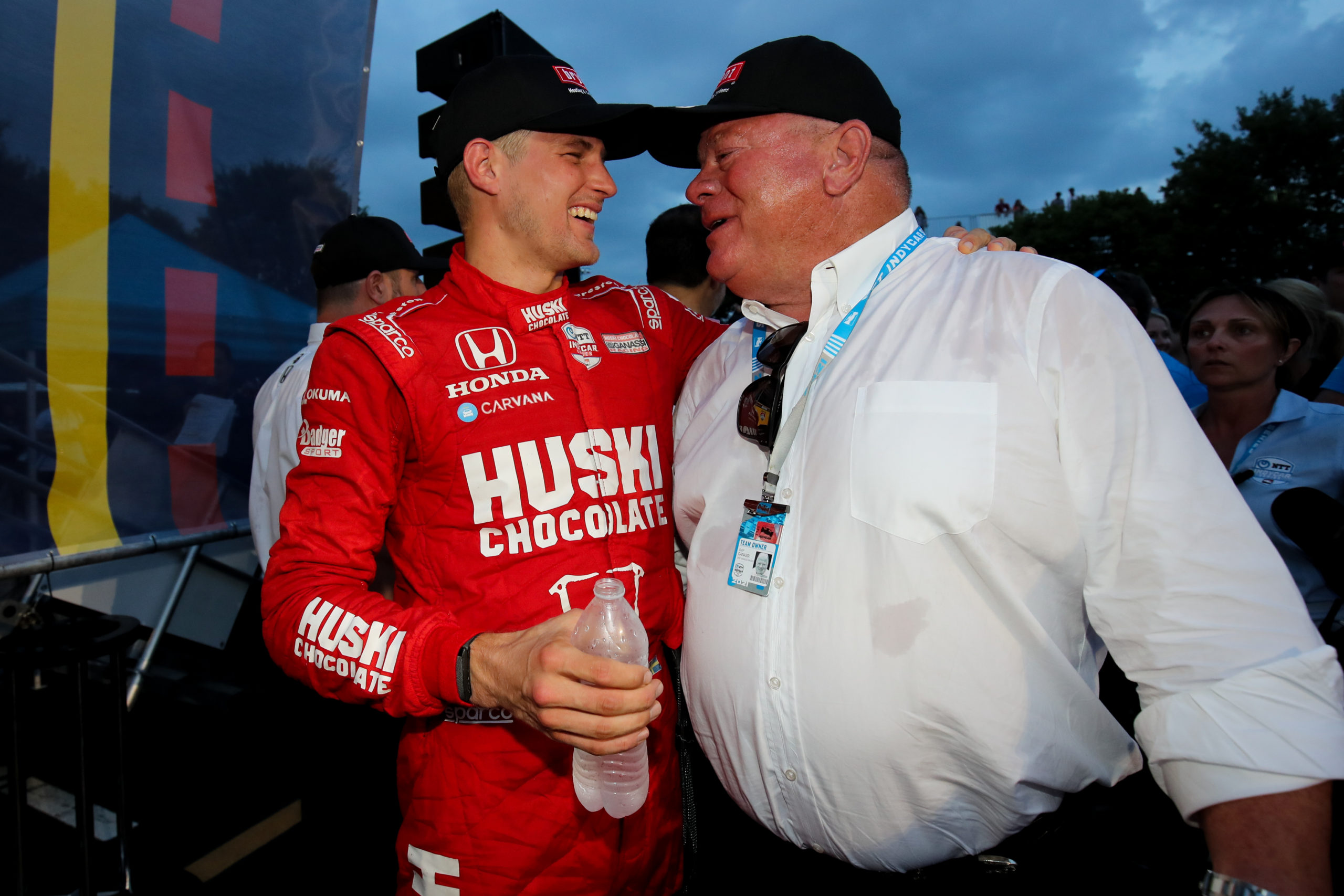 The final stanza of the race saw Ericsson embroiled in a lengthy battle to keep Herta at bay.

Despite Herta’s efforts, Ericsson was able to keep the 21-year-old behind through the tight and twisty sections before stretching his legs over the bridge.

Eventually, Herta crashed while trying to make back the ground he lost after a mistake just a few laps earlier.

“When Colton was behind me and I had to do a really big fuel number to get us to the finish line and still keep him behind, that was one of the toughest challenges of my career,” Ericsson explained.

“I’m very proud that I could keep him behind and keep the pace up. That won me the race. He was pushing really hard, as we could see. He’s been the fastest guy all weekend.

“Then obviously as the race was, with all the incidents, it was going to be another red flag, so it was not going to be an easy finish.

“But, yeah, I was really happy to finish it off there and have another win… I’m still trying to figure out how I ended here.”

While Ericsson wasn’t a front-runner from the outset, the 30-year-old said he was confident he’d have the speed to be a contender.

“I think the bottom line was that we were really fast,” he added.

“We were fast. When we got some free air, we were fast. We were fast getting by people, doing the fuel numbers needed. Got the tyres to stay underneath us.

“Unfortunately in qualifying I touched the wall in Q1, broke the suspension. That’s why we started further back. I think we should have been in the Fast Six.

“[In] IndyCar, anything can happen. It’s been like that over the years. Once again [this race] shows that you can never give up, you have to keep pushing all the time, keep believing. If you have a strong team like I have, anything’s possible.”

The series resumes this weekend on the Indianapolis Motor Speedway road course this Sunday (AEST) for the Big Machine Spiked Coolers Grand Prix.