McLean gets tuition from Morris to fix qualifying deficit

McLean gets tuition from Morris to fix qualifying deficit The Eggleston Motorsport driver holds fifth in the series in his first full Super2 season but has only once qualified better than 10th, in six sessions.

It was after the most recent round in Townsville, where he was classified sixth in both races after landing in 12th and then 14th on the grid, that McLean suggested he might seek to get himself into a Super3 car for a test day and “throw some [new] tyres at it”.

As it turns out, the karting champion ended up at Norwell shortly after that event, where he was tutored by Morris, former Eggleston driver Brodie Kostecki, and head instructor Steve Robinson.

“Paul and Ben Eggleston [team owner] have been chatting about getting me up to Norwell for a while, and it’s something that’s never really come to fruition,” McLean told Speedcafe.com.

“But, after two weeks of qualifying results that were really not reflective of our true pace, I just had to make it happen.

“So, I went straight to Paul after I was finished at the podium and press conference and told him I’d call him during the week, but we spoke on Wednesday, I booked a flight that night, and was there training by Thursday.

“I was there for about a week; I based myself from Norwell, just working on all my marketing duties and sponsors from there, and then slipping in for any sessions in between any bookings they had.” 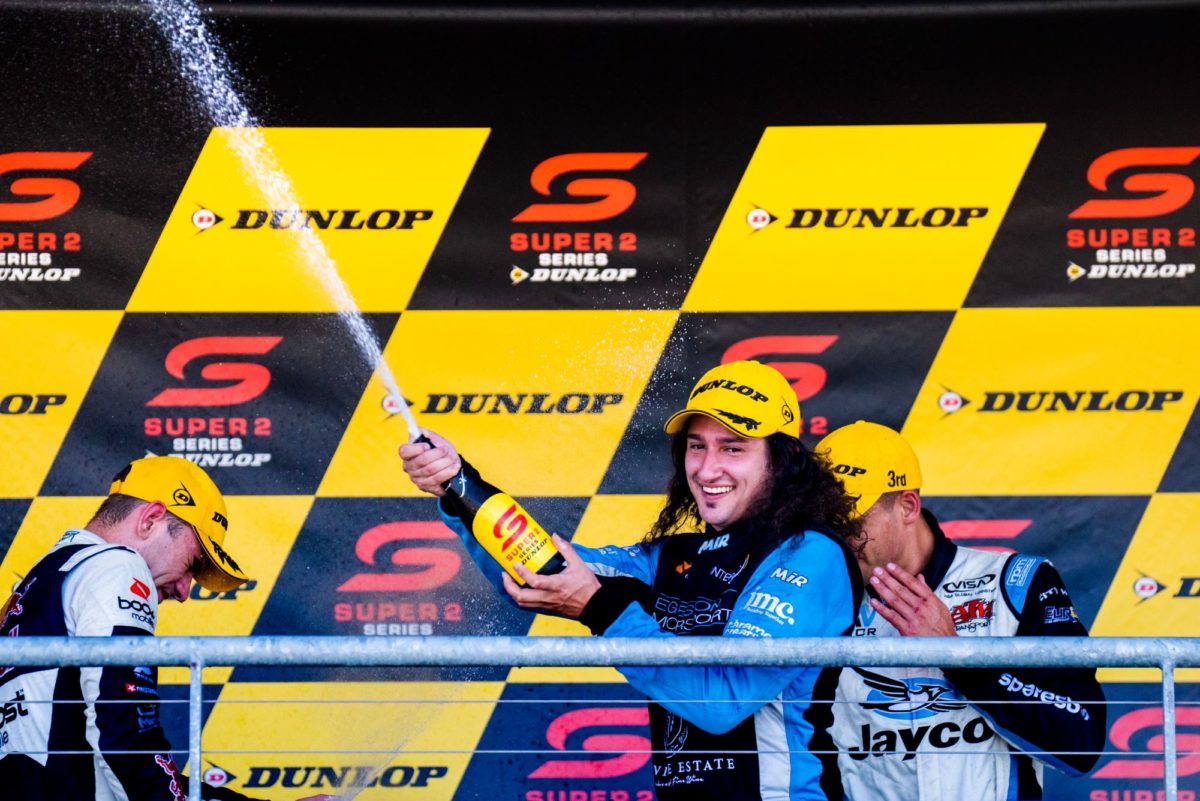 McLean on the podium as the leading rookie of the round in Townsville. Picture: Christian Hartung

McLean drove a Toyota 86, and said that one-lap runs were a focus.

“We focused on shootout sessions, where I just have to roll out the gate and fire straight into a flyer, which should help me a lot with my one-lap pace in qualifying,” he explained.

“I did my initial training with Robbo, the head trainer there, who I learnt heaps from about the 86, then worked with Paul Morris and Brodie Kostecki from there, which was really handy given their Supercar experience.”

McLean had admitted in Townsville that he was not maximising the potential of a green tyre under brakes.

While a Toyota 86 is a different proposition to a big, five-litre V8-powered Supercar, he expects that what he learnt about getting a feel for the rubber underneath him will hold him in good stead in Super2.

“It was just basically about understanding the tyre that’s under me, and being able to maximise the grip and recognise that grip straight away,” added the Melburnian.

“Even in an 86, it’s still applicable in the sense that I have to feel the tyre and where it’s at, and then push it accordingly on the first lap.”

The Super2 Series is set to resume with Round 4 at the Winton SuperSprint on October 2-3.