Team Penske rookie Scott McLaughlin homes in on what went wrong and how the Music City Grand Prix compares to his Gold Coast and Adelaide Supercars experiences in the latest edition of his exclusive Hired Gun column, presented by Grove Hire.

We always had the feeling the first race at Nashville was going to be eventful – and that’s exactly how it played out.

And unfortunately for us, a bunch of the chaos I was involved in!

It was a crazy racetrack – so unbelievably tight, so fast, and then there are so many blind corners that we always feared we’d have the opening cautions and then the red flag that we copped.

We were all hyped – the crowd there was really fantastic, more than the organisers could have ever hoped for – so we all wanted to put on a good show.

And then we were unleashed and you saw the marathon it turned into.

I dodged a bullet on the opening lap – Dalton Kellett stalled right in front of me. How I missed him was a miracle – there was JUST enough room to the left for me to swerve to.

At that stage I thought we’d dodged a serious bullet and felt good that things could improve. Which they did. We jumped up six spots – and then were tagged by Ed Jones on lap 16.

So back to the back we went, and clawed our way through the field again.

Again we got up to 16th – and again we were turned around – this time my team-mate Will Power (he definitely owes my boys a box of beers!).

It was bloody frustrating – I hit the wall and damaged the front wing and then we were collected (by Kellett!) so we were sent to the pits and lost a bunch of laps for repairs.

From that point on we just circulated to finish 22nd and collect a couple of points.

So it was a long and draining and physical and crazy day (the race lasted three hours!) – and right now as I write this on the way home, I’m as beaten up as after any day in racing. I need a beer!

I’ve said this before – this series is brutally tough. Every single session you just have to be on your game. 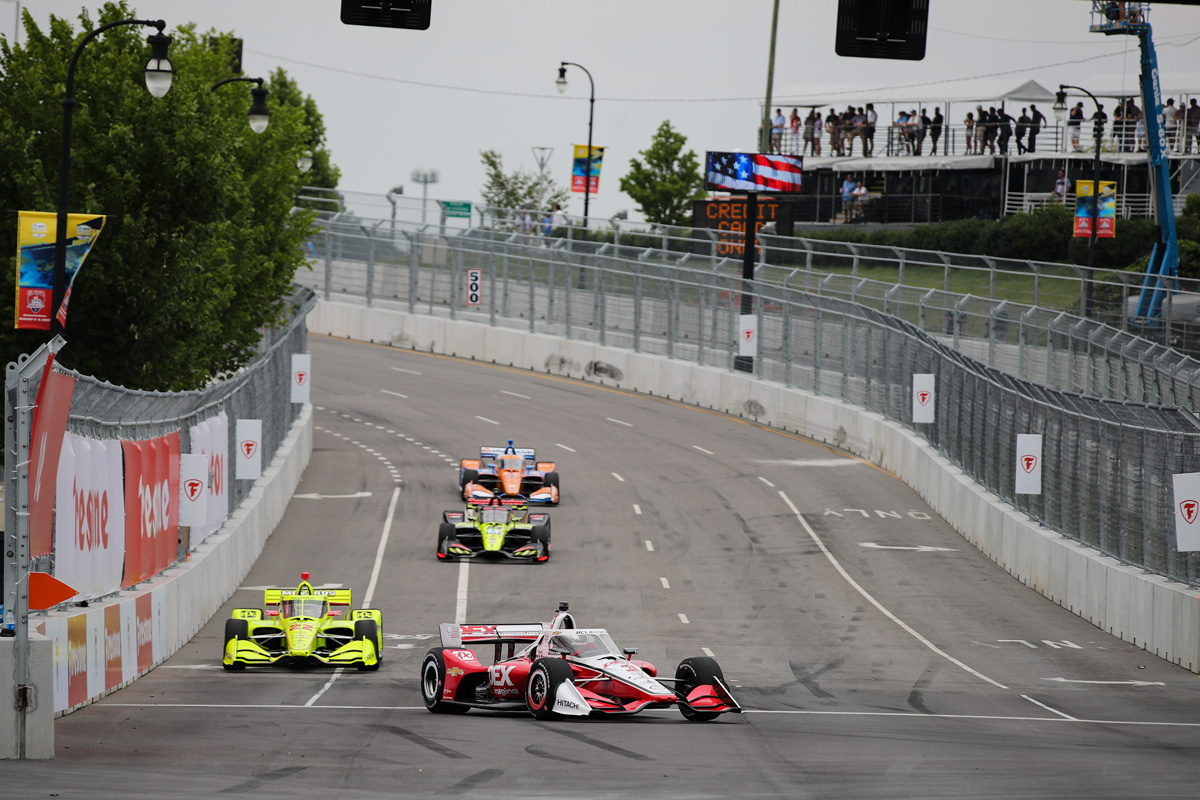 But I’m not giving up – and I’m staying confident.

There’s plenty to be optimistic about – we had the fifth fastest lap, we passed a stack of cars (11), we still sit 13th in the standings and showed great speed throughout the weekend.

I just HAVE to get my qualifying sorted – unfortunately I hit the wall in our shortened session and ruined any hope of a super quick time and we wound up 23rd. That’s not where we thought we’d be after great pace in our practice sessions.

Still – it was a great event to be a part of – and I can definitely see this weekend becoming one of the biggest of our year behind the Indy 500. The crowds and the concerts and the show they put on was fantastic – as good as any Adelaide or Gold Coast race I’ve been a part of back home.

Seriously for Marcus Ericsson to get his second win of the year despite crashing heavily early on is a good reminder for me to always keep pushing in this sport.

We’re back racing next weekend at Indianapolis in a unique double-header with NASCAR. We race Saturday – and then I’m sticking around to watch the Penske boys in the NASCAR race on Sunday which I’m really looking forward to.

I think it’s a great sign for both of our series to be working together to make it as big an event as we can. And at the end of the day I’m just a race fan like you guys so it’ll be great to watch it live.

And Indy’s road course is a track I love – we went well there in May, so I hope we can have a really good showing.

Thanks everyone for the support, I appreciate all of the messages!