Viñales has ‘no confidence’ in Yamaha

Viñales has ‘no confidence’ in Yamaha 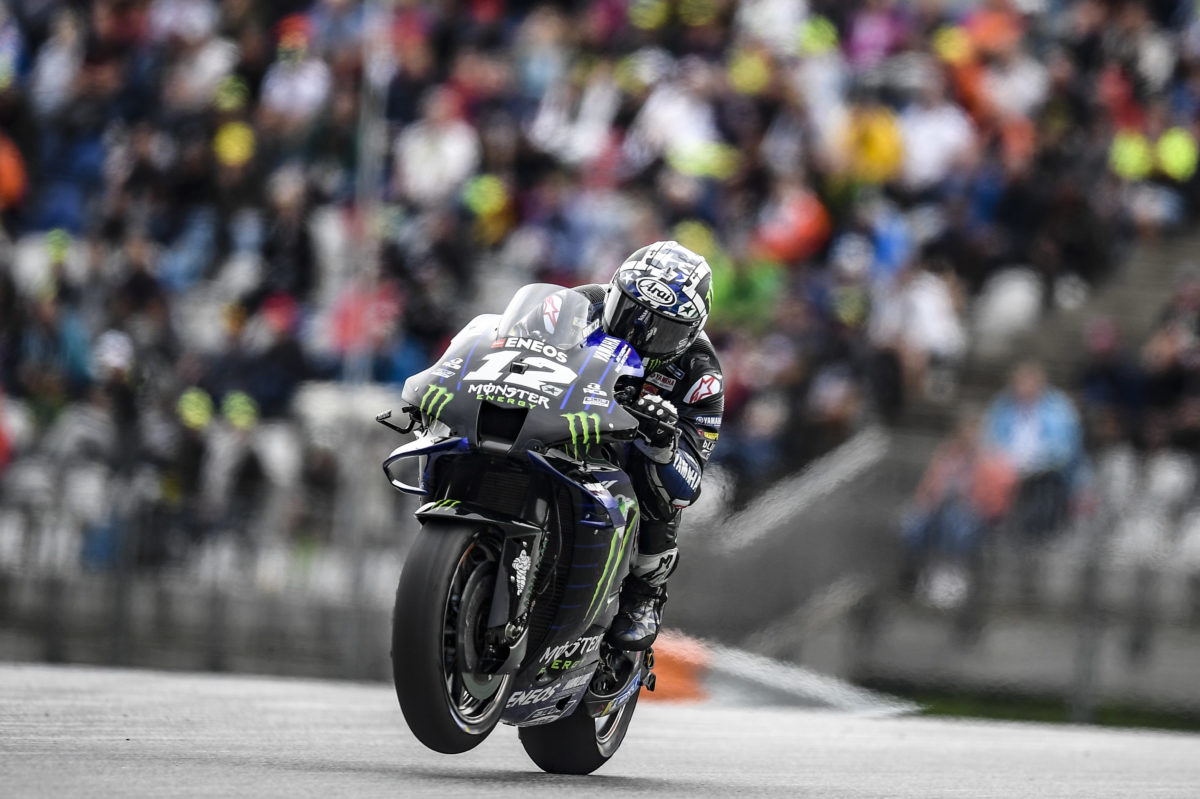 Outgoing Yamaha rider Maverick Viñales has “no confidence” in his team after yet another disastrous race, this time at the Michelin Grand Prix of Styria.

Viñales was the last finisher in the first of two races this month at the Red Bull Ring after stalling as the field left for its sighting lap for the restart which was necessitated by a fiery crash.

He claimed that his factory Yamaha team had changed the clutch before the restart but, either way, had to revert to a pit lane start, from which his afternoon hardly got better.

The nine-time MotoGP race winner passed only rookie Luca Marini and injury replacement Cal Crutchlow, the latter twice, and was 51 seconds off the lead before pitting at the end of the final lap.

That was a stark contrast to his experience in the almost three laps which were run before the red flag was called, by which time Viñales had climbed from ninth on the grid to fifth position and appeared competitive.

The Spaniard is infamous for poor performances in the opening stages of races, and tends to struggle more than would be expected of a factory rider in traffic.

However, he said his M1 felt “completely different” from ‘Race 1’ to ‘Race 2’ in Spielberg.

Asked if he could take confidence from the former into the next race at the Red Bull Ring, Viñales, who has already been granted an early release from his two-year contract with Yamaha, was blunt.

“Let’s see, let’s see if Yamaha give me the opportunity, because at the end, when the bike is ready, I’m ready, you know?” he said.

“I train very hard, I push, and I put a lot of laps in and work in other things, but at the end, if [in] one race the bike is working well and the next race, the bike is not even working, it’s difficult for me; there is no confidence on the team.

“So, yeah, I need to keep working, next year is going to be a new year, and I will push and I will show my potential.”

Wild swings in competitiveness are not unusual for #12, who was also last finisher in Round 8 at the Sachsenring before taking second to team-mate Fabio Quartararo a week later at Assen.

While the likes of Jack Miller switched tyre compounds during the red flag period at the Red Bill Ring, Viñales stayed with medium Michelin rubber on the front and rear of his Yamaha, although the tyres themselves were changed.

He was therefore left puzzled by his experience after the restart, but identified a common M1 problem of lack of rear grip.

“Somehow, I’m happy in the way that in the first race, I was in the front, fighting,” said Viñales.

“But then, on the other hand, in the second race, the feeling was not the same.

“I don’t know why the feeling was completely different.

“We change the tyre and actually I don’t know why the bike was spinning [wheelspin] so much,” he added.

“This is more than usual, this explanation, that they don’t know why, but it was big difference, on the tyres, and yeah, I tried to go up, and then I start to have problems with the bike, and I stop.”

Despite making little to no attempt to hide his dissatisfaction, Viñales was still seemingly upbeat as he made those comments.

While previously acknowledging that the Yamaha is not a bad bike per se, but rather one which neither he can adapt to nor which the Iwata marque’s engineers can adapt to his style, the ongoing frustration has apparently weighed heavily on him.

The 2013 Moto3 champion was adamant during the Michelin Grand Prix of Styria weekend that he will be on a bike next year, and that bike is widely believed to be an Aprilia RS-GP.

However, he remains guarded about exactly where he will land in 2022.

“What is on mind is, I want to race, I want to take on my maximum potential,” stated Viñales.

“In this team [Monster Energy Yamaha], I don’t know why I’m not able, for reason a, b, or c, or technically, I cannot push.

“So, I want to push, this is the priority. My only priority is to push and to take out the maximum.”

Viñales is sixth in the championship on 95 points, 77 behind the pace-setting Quartararo, who finished third at the Red Bull Ring.

The next round at the Austrian circuit commences this Friday.