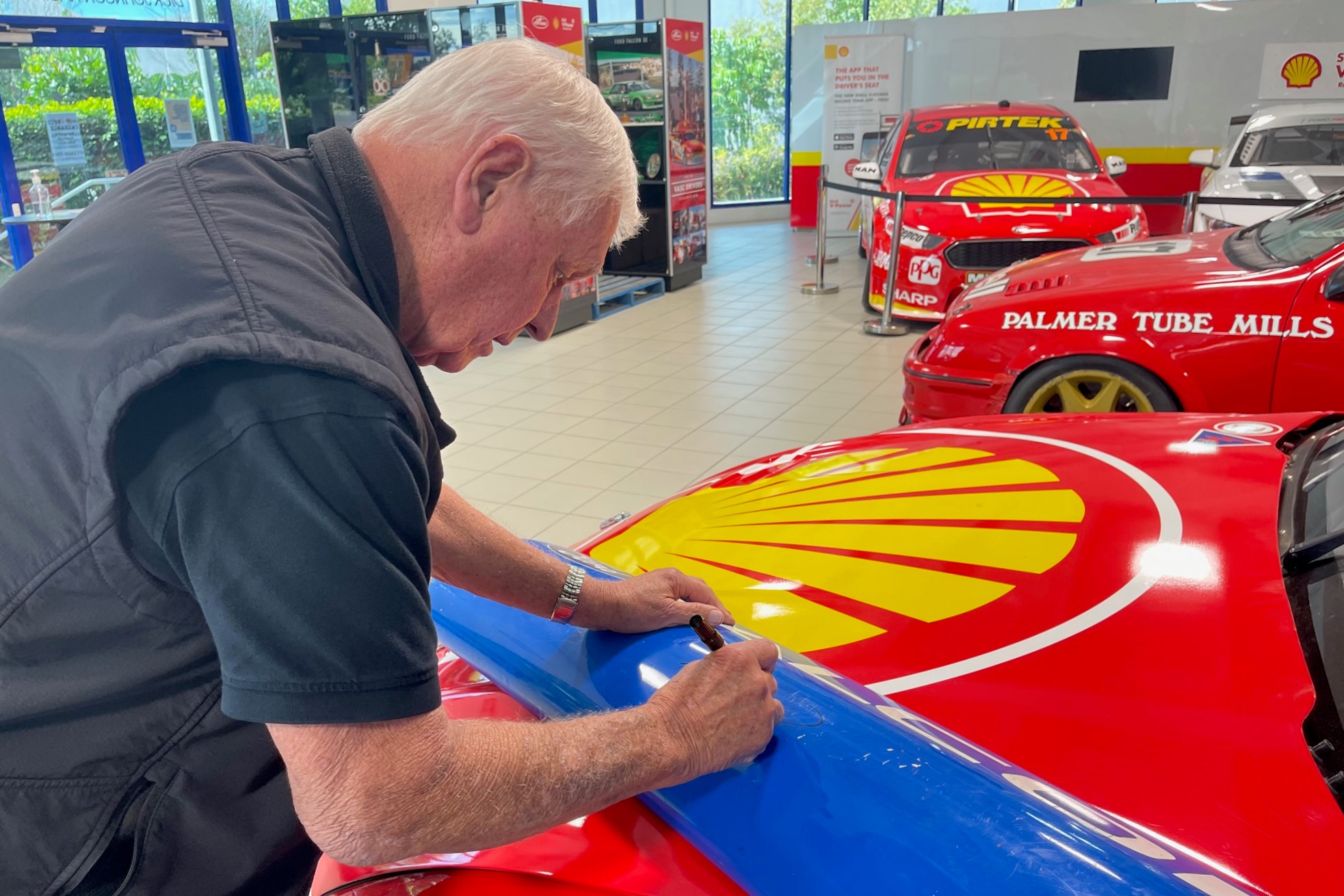 Time is running out for fans to acquire a rare piece of Australian motorsport history.

A rear wing from Dick Johnson’s EB Ford Falcon has been put up for sale through Lloyds Auctions as part of Speedcafe.com’s fundraising programme for Motor Racing Ministries and the auction closes at 19:00 AEST tonight.

The rear wing (145cm long and 26cm wide), which has been donated by Luke L’Huillier from The Motorsport Trader, carries Falcon and Ford branding and has been freshly autographed by Johnson.

A version of this wing collapsed while Johnson was travelling at close to 300km/h on Bathurst’s famous Conrod Straight during a sprint round of the Australian Touring Car Championship in 1995.

“It is terrific that it has resurfaced after all these years and that it is being auctioned to raise money for Motor Racing Ministries, who do a great job in our sport,” said Johnson.

“It has a couple of chips and dings after years of storage and I am sure it will make a great piece in someone’s collection.”

Established in 2015, The Motorsport Trader buys, sells and specialises in consignment sales of all things Motorsport memorabilia, according to L’Huillier.

“We think the Speedcafe.com auctions for Motor Racing Ministries have been a terrific initiative and we are happy to be involved,” said L’Huillier.

“Obviously the nature of our business means we have the ability to contribute items of interest and we would encourage others to do the same.”

Bidding for the rear wing was at $A1400 at the time of publishing, according to Speedcafe.com founder and auction co-ordinator Brett “Crusher” Murray.

“We knew the interest in the wing would be high and so far we have been proven right,” said Murray.

“We are sure there will be a big last-day rush today.”

Lloyds Auctions, a Speedcafe.com Platinum Partner, provide all the infrastructure, logistics and shipping and charge a zero percent buyers premium for the monthly auctions, which means 100 percent of all monies raised go directly to Motor Racing Ministries.

Since its inception in 1986, Motor Racing Ministries chaplains have attended more than 14,000 motorsport events in Australia across every one of the sport’s disciplines.

Auction items and that they have raised to date.

If anyone has a unique item they would like to donate to one of these monthly auctions, please contact us at [email protected].