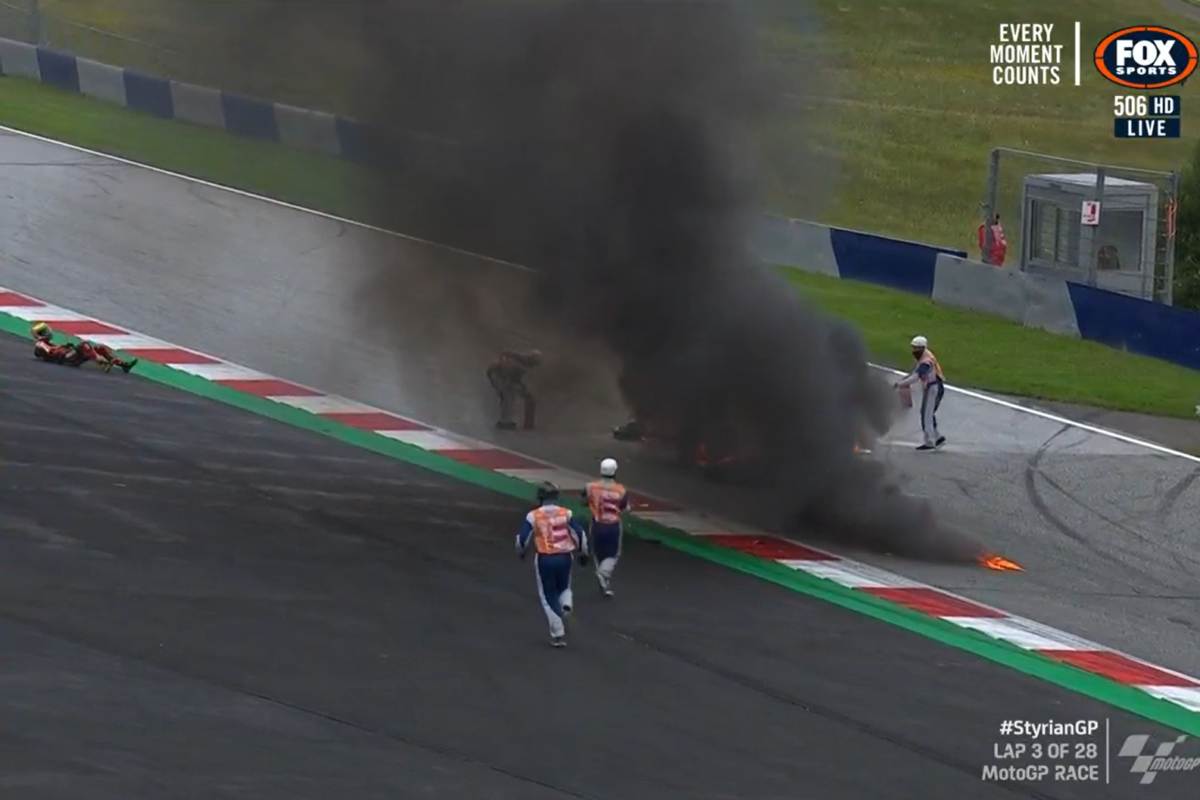 The crash scene, including Lorenzo Savadori lying on the run-off area where he had walked to (left). Picture: Fox Sports

Lorenzo Savadori has undergone surgery after breaking his ankle bone in a fiery crash at MotoGP’s Michelin Grand Prix of Styria.

Savadori crashed into Dani Pedrosa’s stricken RC16 after the Red Bull KTM rider had gone down exiting Turn 3 on Lap 3 at the Red Bull Ring.

The impact ruptured a fuel tank, causing a fire on the race track which would lead to a red flag, but both pilots initially walked away from the scene.

Savadori was then carried on a stretcher, before being seen hobbling into the Aprilia Racing Team Gresini transporter under his own power.

The Italian had initially been declared fit after a visit to the circuit’s medical centre, only to later be diagnosed with a broken right malleolus (ankle bone).

As advised later that Sunday, he has now been operated on. 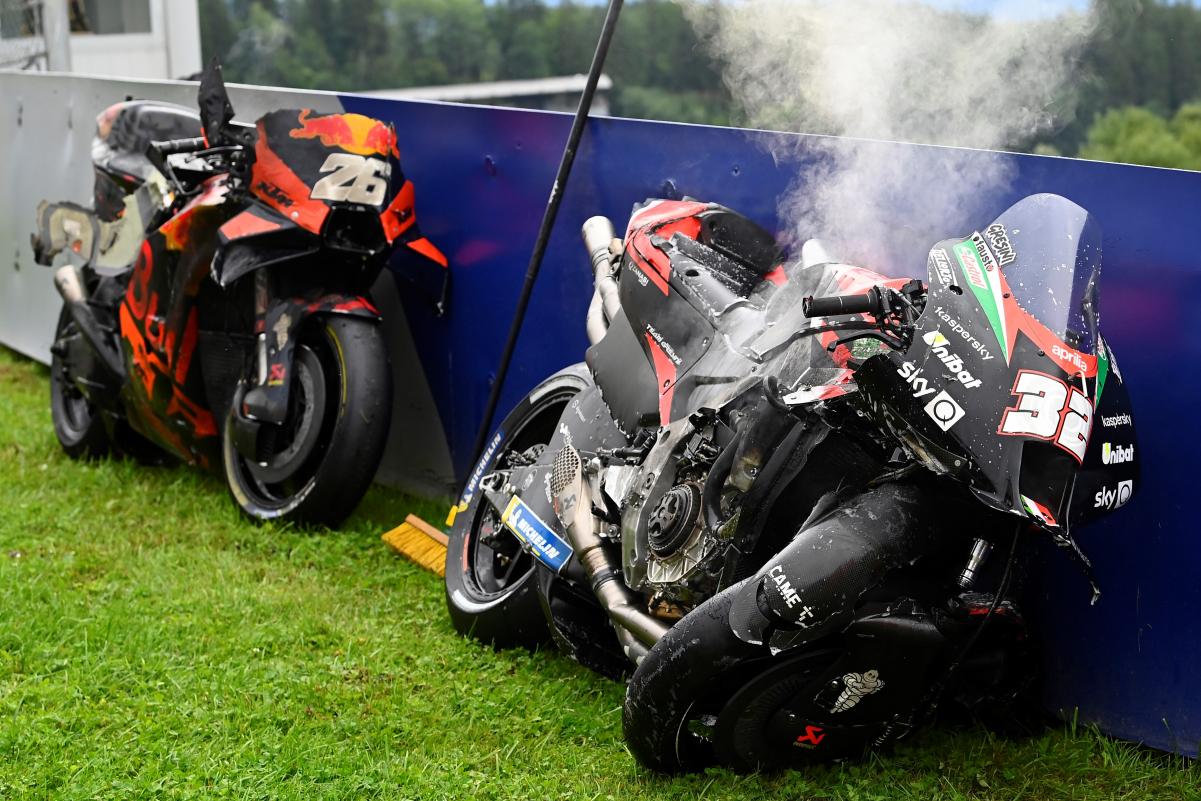 “The procedure has been performed by Professor Francesco Pogliacomi with Doctors Luca Guardoli and Emanuele Ciccarone, members of the team directed by Prof. Enrico Vaienti, with the support of Doctor Michele Zasa, Clinica Mobile Sanitary Director.

“The surgery has been perfectly successful and the rider will start the recovery straight away, in order to come back racing as soon as possible.”

Aprilia had expressed hope on Sunday that he will return at Silverstone, which hosts the British MotoGP on the last weekend of August.

That would mean Savadori misses the Austrian Grand Prix which will also be held at the Red Bull Ring, this coming weekend.

The Noale manufacturer has Andrea Dovizioso engaged as a test rider, but will opt to field only Aleix Espargaro in Round 11 of the season, reports Germany’s Speedweek.

Practice for that event starts on Friday evening (AEST).