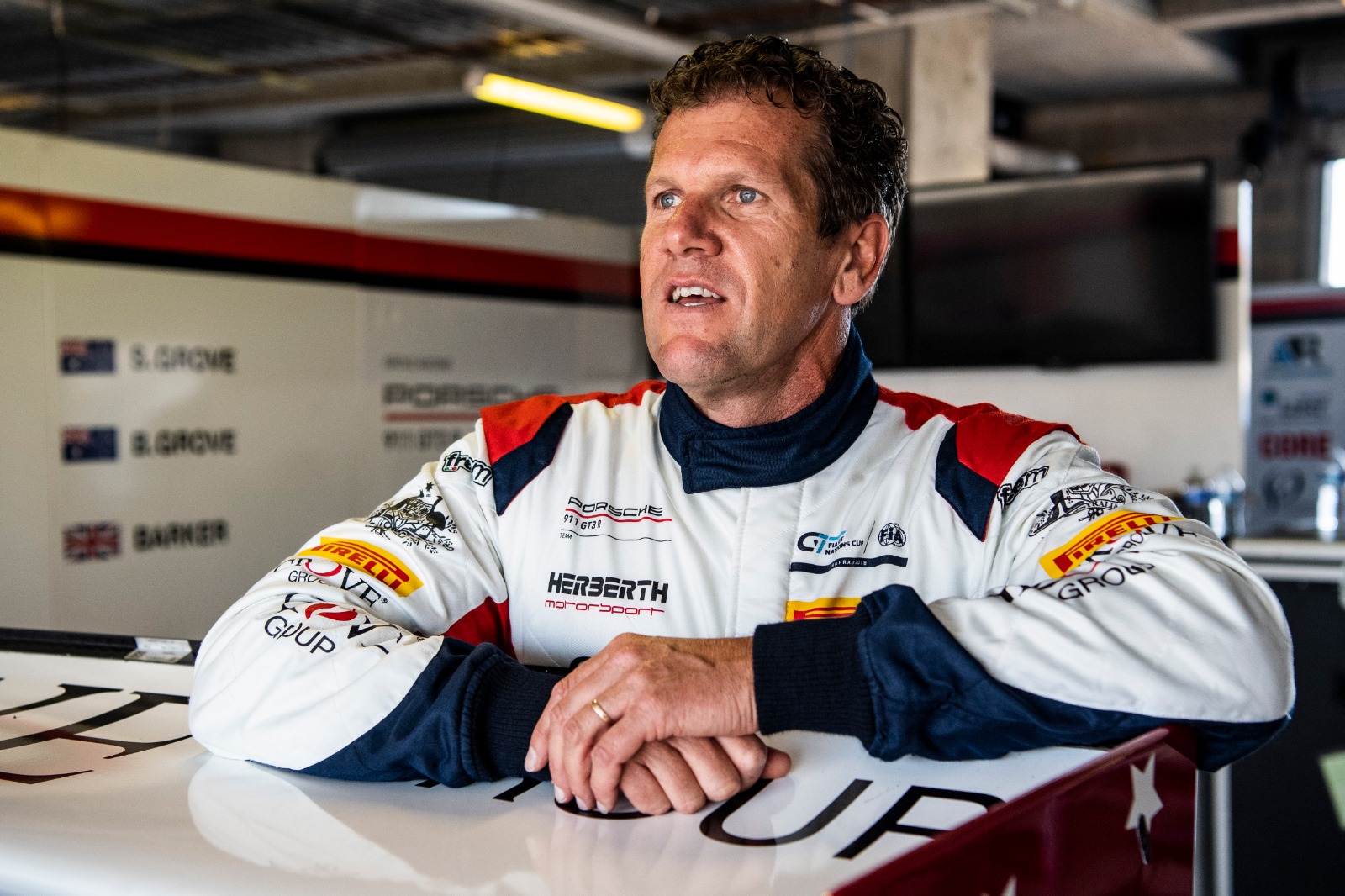 Stephen Grove says he’ll not be satisfied as a Supercars team owner until Grove Racing – as it will be known in 2022 – wins the drivers’ and teams’ championships.

In January it was announced Grove Group had acquired a 50 percent stake in Kelly Racing with the other half retained by brothers Todd and Rick Kelly.

Now, the share held by the Kelly family is set to be offloaded at the end of the year with the Grove Group taking 100 percent ownership of the Braeside-based team.

The Grove Group has a slew of businesses in its portfolio, among them a motor racing team which competes in Porsche Paynter Dixon Carrera Cup Australia and Fanatec GT World Challenge Australia Powered by AWS.

Like his many businesses, Grove Racing is no different in that success is the ultimate goal, and in Supercars, that ultimately means winning championships.

“In anything you do, you measure your input by the success you get at the other end,” Grove explained to Speedcafe.com.

“Until we do that, we probably really haven’t succeeded.”

And how will Grove achieve that?

“It’s still the same philosophy as business; you’ve got to have the right people,” he added.

“We need to build our people and our structure and we need to get everybody working in the same direction and focusing on their ability to win.

“We’ve got some really good people. Some smart people. Todd has built a really good team. I think it just helps them see the long-term goal.

Plans are already in the pipeline for a restructure of sorts to optimise the existing personnel at the team.

What’s already known is that Stephen Grove will step into a team principal role currently held by Kelly.

However, Kelly also brought technical nous to the team, something Grove admits he lacks.

To remedy that, Grove is planning on bringing in a technical director who oversees the engineering group.

“From January 1, I’ll step into the role as team principal,” said Grove.

“Then we’ll have a technical director who will oversee the technical side of the business.

“I’ll look after the overall team principal stuff, the infrastructure, the direction, the strategy of the team, and try to continue to grow the business.

“We could use someone internal. We haven’t made a decision on that.

“Todd brings so much technical knowledge to the business, so it’s important that we have someone who has that technical ability, especially with Gen3 coming in.

“We’ll run it as well as traditional businesses would. Team principal/managing director, that’ll sit at the top and then we’ll departmentalise people that come in or use existing people to fill those technical roles, commercial roles, in the business.

“There’s some areas, from a technical side, where we need to strengthen that. The commercial side, social media is such a big platform now in any business model.

“We’ll certainly strengthen those areas as well and work with sponsors to enhance their experience with the team.”

On the driver front, David Reynolds has a contract with the team for next year, while Grove is confident of re-signing Andre Heimgartner.