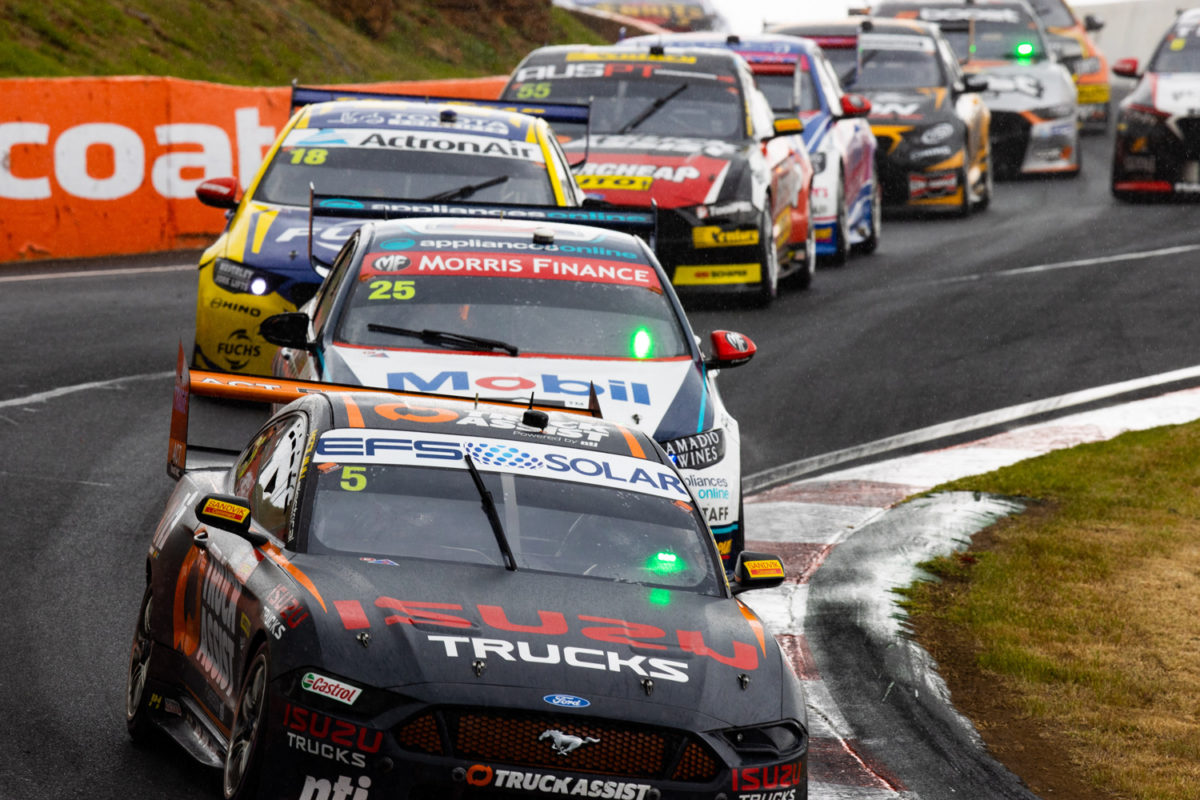 Management of Challenge Bathurst is adamant that it has a contract which does not permit Supercars to hold the Repco Bathurst 1000 on its new date.

The Bathurst 1000 was moved from its original October 7-10 ‘weekend’ to November 4-7 as part of a raft of changes to the Repco Supercars Championship calendar which were announced on July 30.

The shift was made to maximise the chance of having a meaningful crowd at the Great Race after state COVID-19 regulations saw the imposition of a 4000 per day cap on spectators and the closure of Mount Panorama’s iconic campgrounds in 2020.

It makes for a packed November 2021 at the circuit, with Challenge Bathurst scheduled for November 11-14 and the inaugural Supercheap Auto Bathurst International on November 26-28.

However, it has also created a contractual issue, as revealed by Speedcafe.com.

Challenge Bathurst claims its agreement with Bathurst Regional Council precludes any other party from using Mount Panorama in such a way that it would require a full track closure, of which five per year are allowed under state legislation, in the fortnight prior to its event.

Furthermore, Bathurst Regional Council is said to have affirmed that stance.

Nevertheless, Challenge Bathurst also claims to have offered Supercars a compromise by allowing it to hold the 1000 on October 28-31, which falls just inside that 14-day period.

“The issue is not that both events are on the same weekend, with the Challenge Bathurst dates being 11 to 17 November.

“The proposed dates of 4 to 7 November for the Bathurst 1000 do not allow for a full track closure and clean circuit two weeks before the Challenge Bathurst event so it can be staged in accordance with the agreement with the Bathurst Regional Council.

“Challenge Bathurst has made attempts to offer dates to Supercars Australia that are not in conflict with existing motorsport events contracted to use the Mount Panorama Racing Circuit in November 2021.

“After Supercars Australia published the dates on July 30, Challenge Bathurst confirmed with Supercars on July 31 that the event will not be staged on the weekend being advertised.

“In an attempt to assist Supercars in their efforts to reschedule their calendar, Challenge Bathurst offered to consent to the Bathurst 1000 event to proceed one week earlier on 28 to 31 October.

“Challenge Bathurst has unequivocally communicated to Supercars Australia that it considers that no event should be permitted to be held over the period 4 to 7 November 2021.”

The statement concludes with comment from Greg Evans, director of Accelerate Events, the management company for Challenge Bathurst.

“We have an obligation to the Bathurst Regional Council, our competitors, officials and the Bathurst community to stage a safe and viable event,” Evans is quoted as saying.

“With competitor numbers already at capacity, it’s essential that we prepare and ensure we have the facilities and manning levels compliant with the terms of our Motorsport Australia permit and approved regulations.” 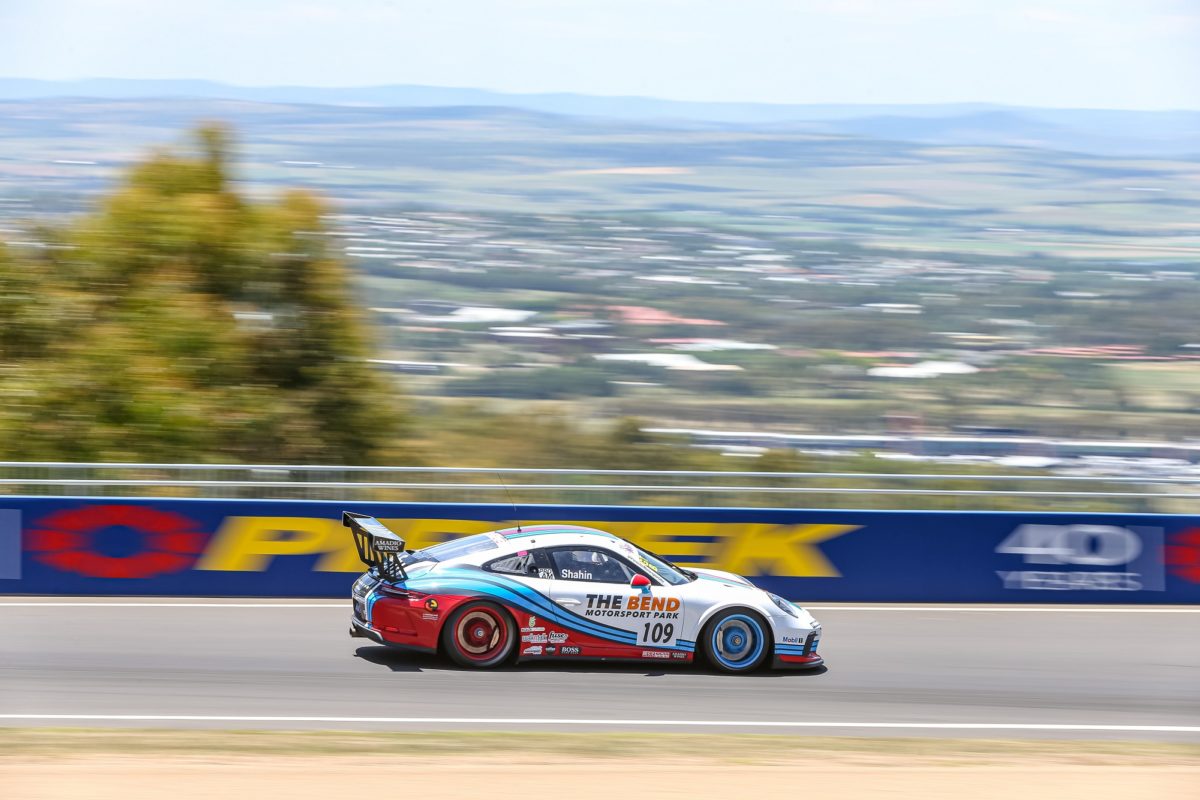 The latter element of that comment would presumably be a reference to apparent concern over the availability of Motorsport Australia officials.

Speedcafe.com understands that, notwithstanding having three events at Mount Panorama in the space of four weekends, supply of officials would not necessarily be an issue, but that might change if travel restrictions do create hurdles.

When approached last week regarding a potential contractual issue, Supercars issued a brief statement which read, “Discussions between all stakeholders will continue to ensure both events are a success.”

The championship is understood to be extremely anxious about the crowd situation at its biggest event, given the disappointment which last year’s restrictions caused to fans.

The Bathurst 1000 is deemed an absolute must on the calendar, and the date which it has landed on is that which offers the best chance of being able to welcome a high number of spectators.

Any move would have a domino effect on the other four events which remain this season, those being at Winton, Phillip Island, Sydney Motorsport Park, and the Gold Coast.

The Winton SuperSprint is scheduled for October 2-3 while the Bunnings Trade Phillip Island SuperSprint takes that circuit’s MotoGP date, that being October 23-24.

The Bathurst 1000 cannot be moved back given the only other ‘free’ weekend at Mount Panorama (November 19-21) is that which falls between Challenge Bathurst and the International, and is now taken up by the Beaurepaires Sydney SuperNight anyway, with the Boost Mobile Gold Coast 500 scheduled for December 3-5.

The latter is difficult to move given the need to build up a street circuit which uses part of a major arterial in a densely populated area, and thus its date should be considered relatively firm.

Logically, then, the Bathurst 1000 can only move forward, but an October 28-31 slot means track activity begins just four days after the visit to Phillip Island.

Presumably, the Phillip Island event would then have to be moved around, but it should be noted that the seaside Victorian circuit tends to be highly utilised, and any date change could thus be difficult.

It is, however, a somewhat similar proposition to Winton in so much that both are located in regional Victoria, and thus it would not be unreasonable to anticipate that the same state government COVID-19 regulations would apply to both circuits at any one time.

Therefore, assuming availability of dates at Phillip Island and the agreement of the Australian Grand Prix Corporation, which is promoting the event, the main impact of moving it forward might just be a shorter turnaround time for teams after racing at Winton.

Nevertheless, for Supercars, the issue of there being a slimmer chance of having a ‘normal’ crowd at Mount Panorama would remain.

Challenge Bathurst is understandably keen to protect its own event, however, given interest has been such that organisers have considered making it invite-only.