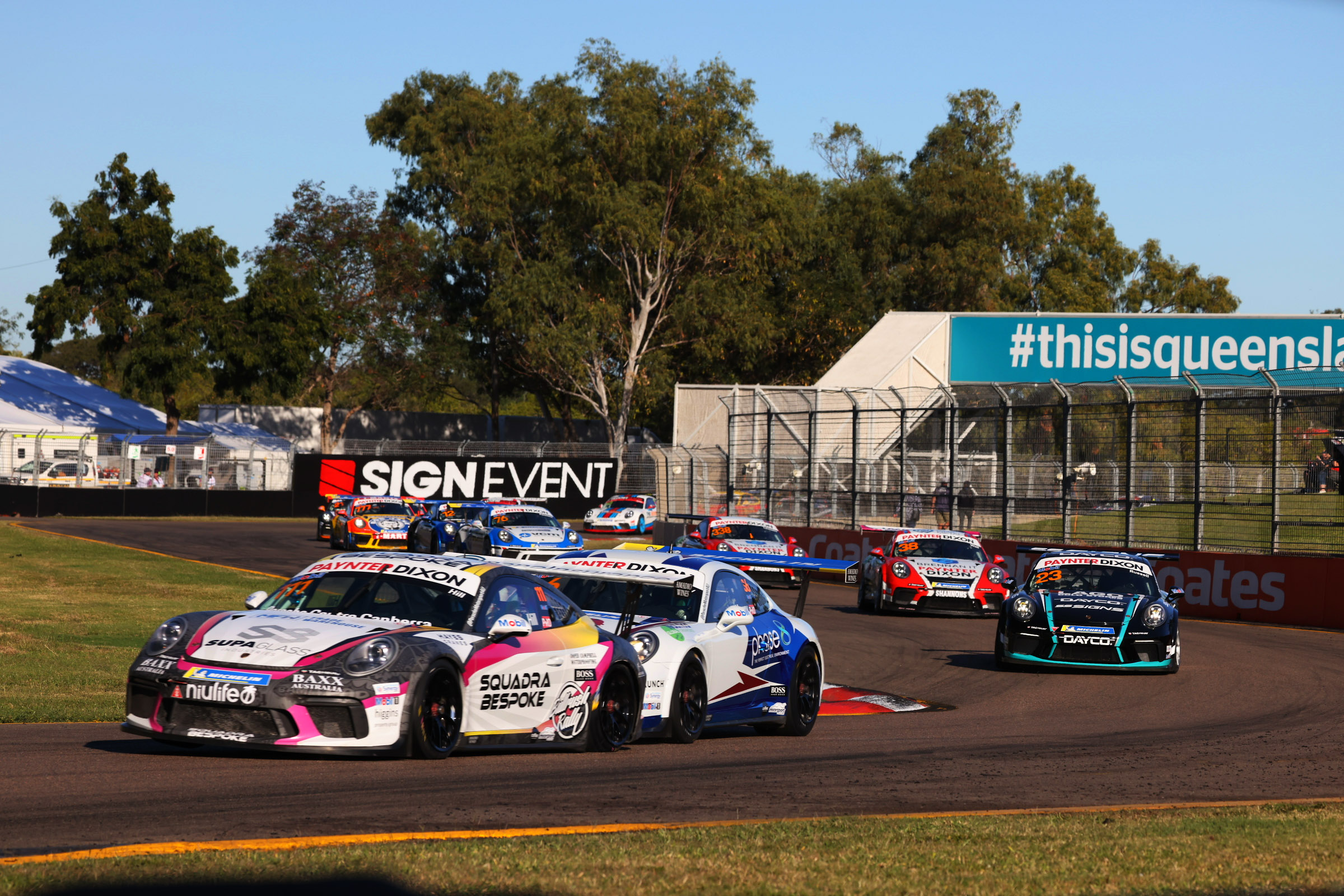 Cameron Hill leads a train of cars in Townsville

Porsche Paynter Dixon Carrera Cup Australia powerbrokers have made a call that has the potential to shake up the series, introducing a ’round drop’ rule for its Pro class.

The move, which will see competitors’ best event scores across all but one event of the calendar counted, has been brought in after COVID-19 travel restrictions prevented some drivers from partaking in Round 3 at Townsville last month.

Pro competitor Jackson Walls was among them, as were Sydney-based Pro-Am regulars Tim Miles and Indiran Padayachee.

Pro-Am, however, already had a round drop rule in place as per usual, in line with the nature of that series.

The ruling could come in handy moving forward, with the likes of front-running squad Wall Racing in locked-down Sydney, which continues to rack up hundreds of daily COVID-19 cases.

The Carrera Cup season is now due to resume on October 1-3, most likely in support of Supercars’ Winton SuperSprint, although the single-make category is yet to officially confirm its location for that weekend.

The final four rounds of the 2021 campaign will accompany the Repco Supercars Championship at Phillip Island, Bathurst, Sydney Motorsport Park and the Gold Coast.

Regardless of the round drop rule, Cameron Hill leads the standings, having won six of the nine races to date this year.