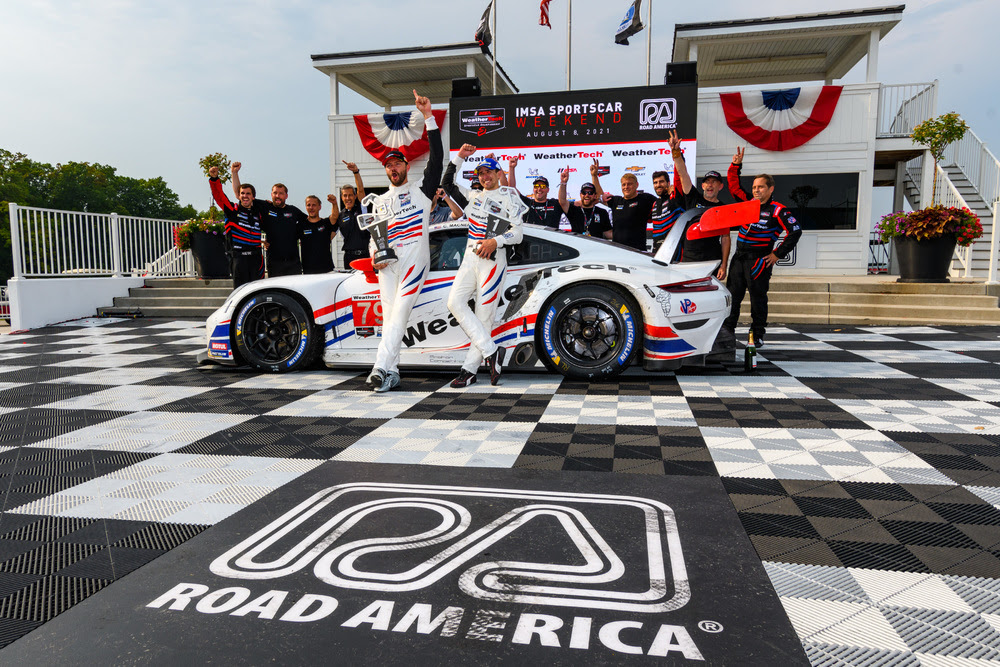 Australian star Matt Campbell feared his race at Road America might have gone awry before claiming his second victory of the 2021 IMSA WeatherTech SportsCar Championship.

Campbell and co-driver Cooper MacNeil ended up triumphant in the race yesterday (AEST), getting the better of championship-leading Corvette pairing of Antonio Garcia and Jordan Taylor.

MacNeil started in the #79 Porsche 911 RSR before handing over to Campbell, with a two-stop strategy paying dividends.

“The race came down to the strategy and the fuel-saving between us and the Corvettes,” said the 26-year-old Queenslander, who won the 2016 Porsche Carrera Cup Australia title for McElrea Racing.

“In the end, the Proton guys made the right decision to stop when we did for fuel.

“At the time we thought maybe it was the wrong call. But obviously, it all worked out in the end.”

Campbell has a packed 2021 schedule, with the FIA World Endurance Championship among his various other commitments.