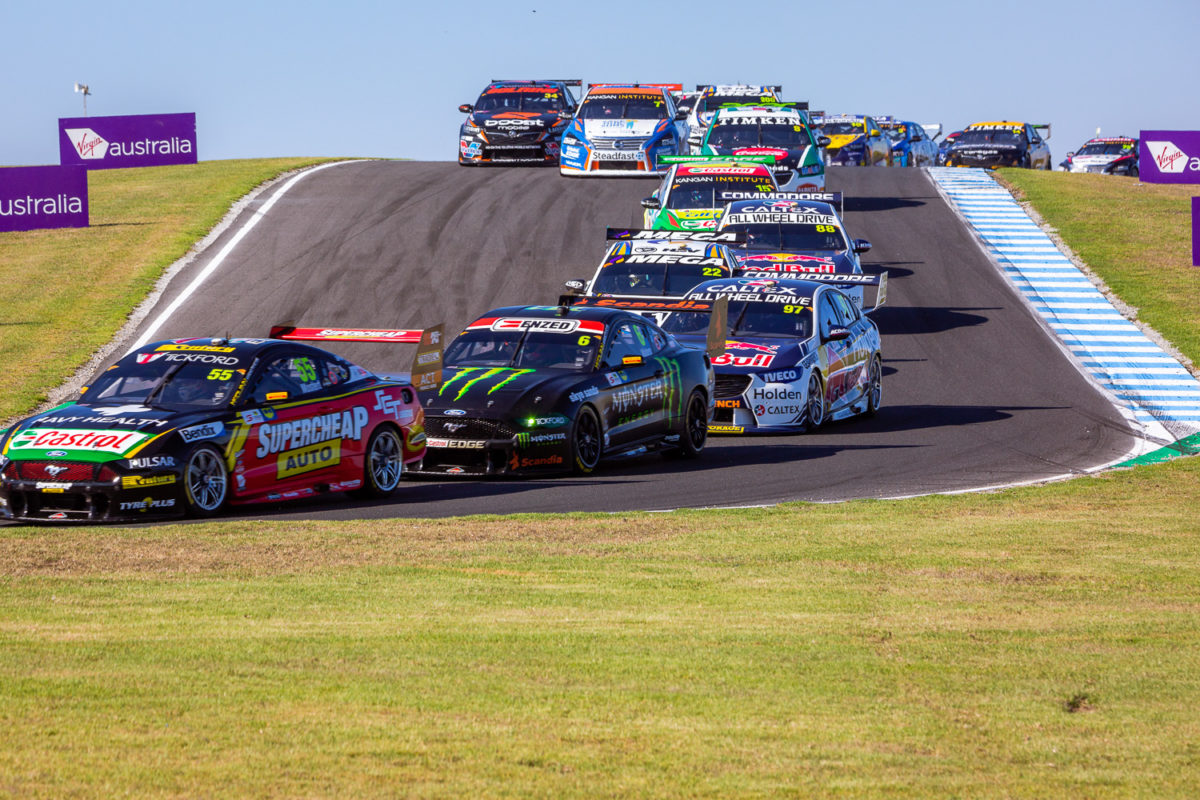 Supercars at Phillip Island in 2019

Phillip Island is back on the Repco Supercars Championship calendar and we want to know if you think it should be a permanent fixture, in this week’s Pirtek Poll.

Supercars is set to return to the Victorian circuit on October 23-24, in place of the Australian Motorcycle Grand Prix, following the latest set of revisions to its calendar.

While teams have held shakedowns and ride days at the Island, the championship has not raced there since April 2019, and that would have remained the case had 2021 been a more normal year.

Despite the latest developments being a case of both Supercars and the Australian Grand Prix Corporation making the best of a bad situation, the door remains open for the touring car category to make Phillip Island a regular stop again.

Indeed, AGPC CEO Andrew Westacott has told Speedcafe.com that he is hopeful of making what has been called the ‘Bass Coast Festival of Motorsport’, which includes a round of the Australian Superbike Championship on the support card, a permanent event.

Phillip Island has strong claims to being part of the Supercars tour.

It is a key part of the category’s history, being the original home of the event which would become the Bathurst 1000, and was the scene of the 500km enduro as recently as 2011.

The circuit is also regarded as one of the better driver’s tracks in Australia, and is simply something different compared to most Supercars tracks.

Additionally, as a grand prix venue, albeit for motorcycles rather than cars, it carries prestige.

However, it also has multiple drawbacks.

A good driver’s track is not necessarily a good race track, and Phillip Island’s wide, flowing expanses arguably do not best showcase the unique and popular aspects of a Supercar.

Furthermore, the pit facilities are not ideal for car racing, as evidenced by the experimental pit lane closure rule used in 2019.

The circuit has also struggled to attract large crowds to its Supercars events, regardless of format and date.

A further complication, in an ordinary year, is finding space for Phillip Island on the calendar.

If Supercars is keen on holding 12 events again next year, then another of the regular circuits faces the chop.

Logically, the most likely omission would be one of the circuits in the eastern states, given nowhere else typically has multiple events nowadays.

With all that in mind, do you think Phillip Island should become a fixture on the Supercars calendar again? Cast your vote in this week’s Pirtek Poll.