Miller ‘pretty dirty’ on himself for Styria MotoGP crash

Miller ‘pretty dirty’ on himself for Styria MotoGP crash 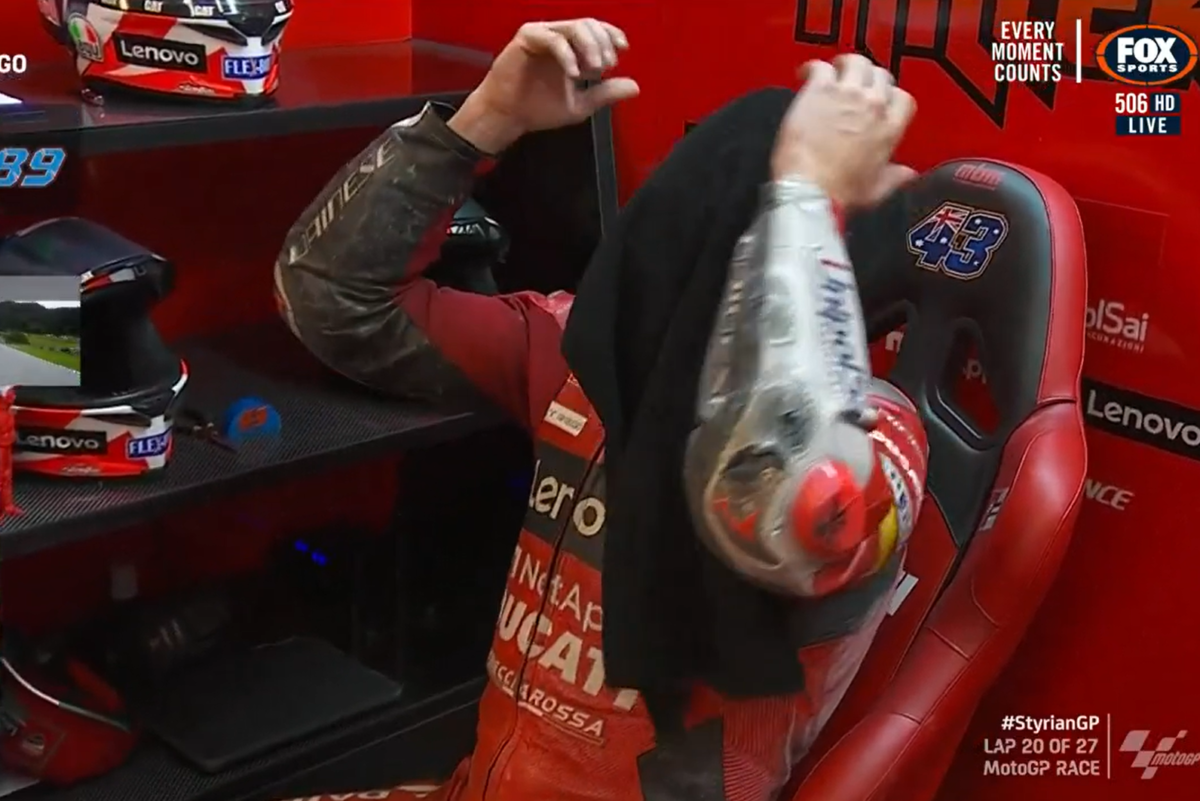 A frustrated Jack Miller just after riding back to the garage. Picture: Fox Sports

Jack Miller is “pretty dirty” on himself after a crash cost what he said was a likely podium at the Michelin Grand Prix of Styria.

Miller was tailing championship leader Fabio Quartararo in the battle for third when he lost the front of his Ducati through Turn 7 of the Red Bull Ring on Lap 18.

He was able to re-mount, but only continued as far as pit lane, and recorded a second straight DNF.

“I’m pretty dirty on myself with that one,” admitted the Queenslander in his post-round column.

“I had a podium finish in my pocket with 10 laps left, but I asked too much of my front tyre and completely threw it away.

“Instead of getting another trophy here in Austria, I end the race on the floor and giving away a whole heap of points.

“First and second place were out of the question but third, that was there. And then you all saw what happened.”

The last time MotoGP raced at the Red Bull Ring, Miller finished second in a three-way battle for victory which exploded at the final corner.

The Spielberg circuit is considered a Ducati track, such is the emphasis on horsepower, and #43 had been confident that he could get back ahead of the Frenchman on the #20 Monster Energy Yamaha.

Having changed tyre compounds in the break between the red flag and full restart, Miller denied that switching to the harder Michelin front was a factor in his spill.

“I made a change with the front tyre choice for the second race and ran with the hard instead of the medium, and while I was struggling with grip on the right-hand side edge at the beginning, I was able to manage it and able to still push basically as I wanted to,” he explained.

“I could see Fabio’s pace starting to drop as he was coming back to me, so that’s why this one stung so much.

“I’m disappointed in myself more than anything, and sorry for the team of course.

“I need to see the data and see where it went wrong because I didn’t feel I asked that much of the front, but clearly I did something wrong.” 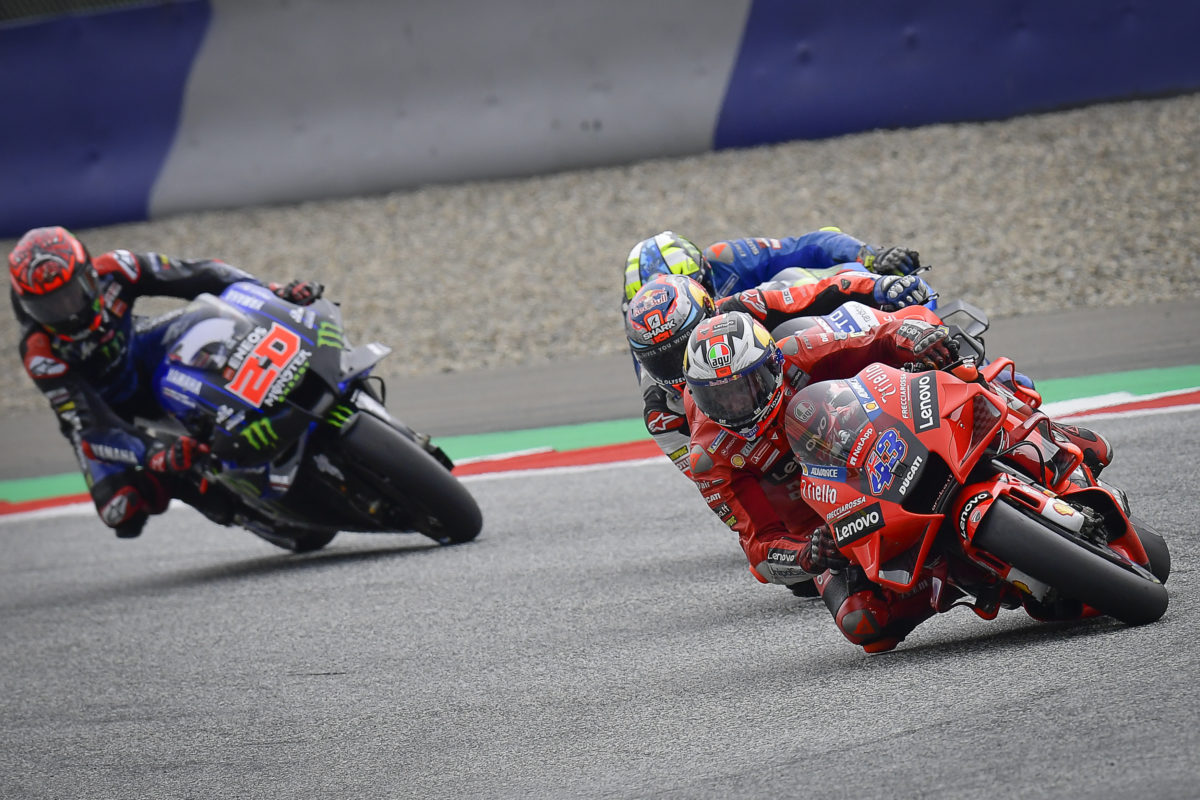 Miller on track before the crash

Miller did note that he continues to hold fifth in the championship given Maverick Viñales (Monster Energy Yamaha) was last finisher and Miguel Oliveira (Red Bull KTM) retired, but is now 72 points behind Quartararo.

It was a shocking day for the Ducati Lenovo Team in general, with Francesco Bagnaia ninth at the chequered flag and 11th all told after he had three seconds added to his race time for not taking a long lap penalty.

Ironically, Bagnaia was leading at the time of the red flag, but plummeted down the order from the front row at the restart.

“Big congrats to Jorge Martin for his first win today, as a rookie too,” added ‘Jackass’.

“The guy is a star so I’m happy for him. And for [Pramac team principal] Paolo Campinoti and my old team for their first win, it was cool to see those guys so happy.

“In between my sulking, I went next door to their garage and congratulated them.

“A lot of Jorge’s mechanics there are my old mechanics from last year so I’m stoked for those guys.”

The MotoGP season continues with another round at the Red Bull Ring, the Austrian Grand Prix, this weekend (August 13-15).